A young woman is walking barefoot in her house. She is holding a lamp and slowly turning out the many lamps in her house. Her steps are quiet, except for the sound of the gejjes on her feet that you will soon grow used to. You know she owns the house by the way she looks straight into the camera when she walks up the stairs. She has a half smile but it soon disappears. This is the only time she smiles in the movie.

In Vinod Raj’s Yashogathe, Triveni (Manasa Joshi) is a young woman who lives with her daughter Ahalya and her sister-in-law Rathi (Pavitra Belliappa) in an old and crumbling house. In The Others – a 2001 horror film, the characters are photosensitive and must always keep the curtains drawn during the day. In Yashogathe, every evening, Triveni and Rathi must remove their gejjes, turn out all the lamps and hide in the folds of the house to make it look abandoned.

The film is set in 1945 when the men are away doing horata for freedom and the women are at home doing not quite what history text books told us they were doing. The women in this film are not filled with unwavering love and hope “that made it possible for the men to do horata,” as they say. They are fighting their own battle altogether. They are protecting their house from the white man and, very often from their own people who have become allies of the white man.

Triveni, unlike the history text book heroine is neither loving nor hoping. She is irritated with her husband who has gone off to struggle for freedom. It has been three years. It has fallen upon her to not only run the household sans money sans hubby, she also has to guard the ancestral antiques and jewellery. This may be why she is not seen pining for her husband. But a little later in the film when a white man breaks in to their house, he recognises her as the fiery freedom fighter from a couple of years ago. They have a mini get together and converse in English before Triveni points a gun at him and shoots at his foot.

It is at this point that I begin to wonder whether Triveni’s angst is really because her husband is away or because she is forced to stay at home, look after the kid and wait for the husband. History has conveniently chosen to call women like Triveni brave for making it easier for the men to forget that they have homes and children. Maybe women like Triveni didn’t want to be brave like that. Maybe they wanted to be out doing horata. 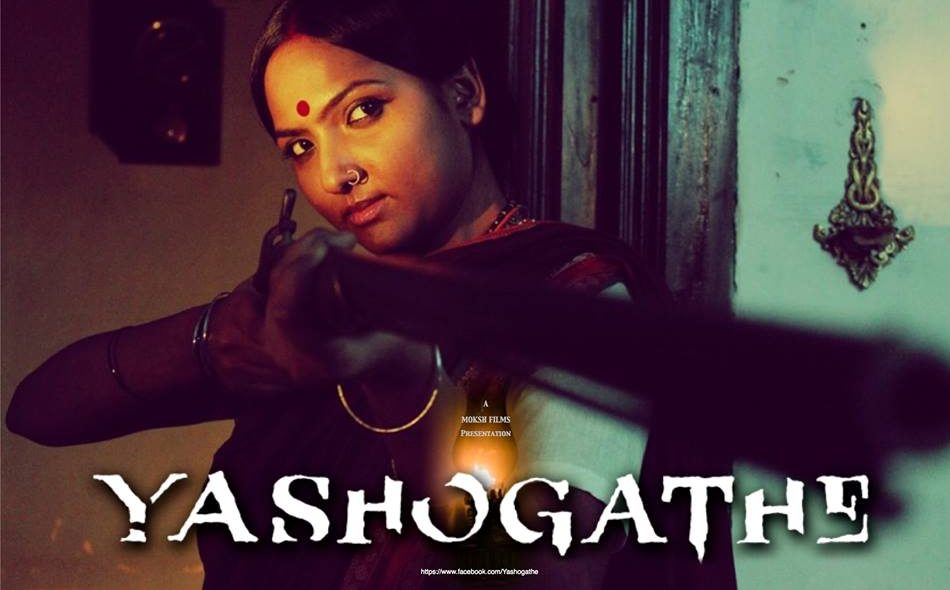 When the white man asks her what happened to her. She says, ‘When circumstances change, priorities change too’

Much of the story is told through Triveni’s ranging emotions. We learn to accept her as rude because she has a reason to be. We learn to look away politely when she clings to her husband’s photo and weeps. We learn to keep guessing if her irritation with Rathi is because she, Triveni must be the enforcer of tradition and not allow a widow or a menstruating woman into the kitchen or because Rathi reminds her what Triveni cannot be in the absence of her husband – pretty or careless.

It is in one of these moments that the film manages to pass the Bechdel Test. Triveni chides Rathi for dressing up and idling away time when there is a mountain of work to be done, calling her a manehaali and a moodevi.

On most mornings, Rathi waits for Triveni to leave the house. Much like the child who runs to turn the TV on the minute the parents leave, Rathi rushes to the mirror to dress up. It’s at this point that the movie shows us what the two women do when they are alone. Triveni walks down a hill, carrying a mud pot to fetch water from the stream. Rathi is suddenly unaware of Triveni and is enamoured by her own reflection in the mirror. Triveni sits by the stream, feet in water, lost in her thoughts.

By day the women are finding solace by doing the little they get to do in each other’s absences. By night, they become ghosts in their own house. In one scene, the boy Narayana who has come to learn music from Triveni catches her unaware – sitting under a tree a little away from the house and smoking. And this is just after he has seen Triveni sitting with her Veena, enraptured by her own ability to play it and enjoy it after so long.

There is almost something deliberate about the way the camera lingers around the objects in the house. Old and tall ceramic jars, rusty copper mugs, antique and cobwebby treasure boxes, and black and white photographs of people with perpetually enlarged eyes. A little into the movie and you already know that the coconuts are kept above the second ceramic jar. There is also a strange fascination that the film has with the sounds and movements that the women make in the house. I have never before seen a film so much in love with its own women. The camera is forever following the women doing things. Even mundane regular things. 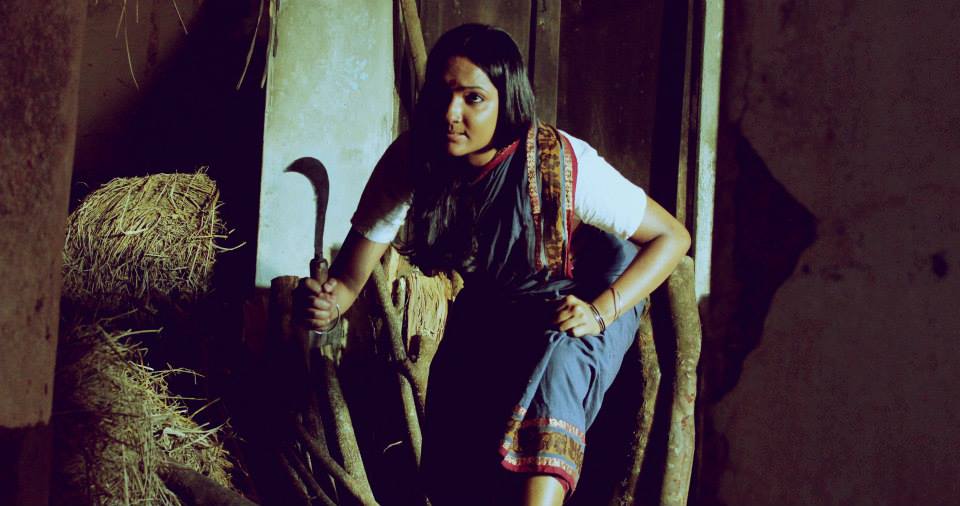 At certain points, you will begin to wonder if really the movie is going to end happily when the husbands return. At certain points the movie will even have you think that. We see Triveni’s husband for 5 minutes before he leaves again. And we see Triveni watching her husband leave and then we know he is never coming back.

It is when Narayana arrives at their house that things begin to unsettle. We understand that there really is more to the house than just the valuables. Even so, it is not the Varaha Mani that the boy is interested in. It’s something else that is locked in the room upstairs. And it doesn’t look like either of the women know about it.

Other reviewers have wished Yashogathe had a faster pace, more horror. Both history and horror have a tendency of making heroes out of women who may have wanted to be heroes for entirely different things. While Yashogathe doesn’t exactly make heroes out of its women, it allows its women to succumb to horror to escape being permanently stuck in history.

The One Where I Finally Watch Dilwale Dulhania Le Jayenge