Want to figure out stuff about work, love, life? Send in your questions to fingerzine [AT] gmail [DOT] com. 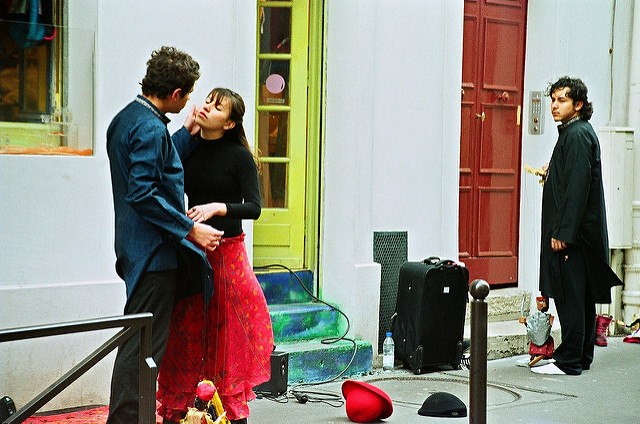 I broke up with my girlfriend recently. We were in a long distance relationship and things turned sour because of a third person. We had an argument two months into our relationship and it almost seemed like we were going to break up. My reaction to this was to shut down completely, but she reacted differently. She went out with another guy she met online and texted me all night about how her date went. Yes, that’s what she called it. She said she did it just to make spite me and make me jealous.  Over time, she became increasingly attached to this person and that’s the only thing she would talk about. We meet once a month and even then the conversation would be about him, despite me telling her I was uncomfortable about him. Eventually I asked her not to mention him to me, but she would still do it. Things went south from there with me losing my temper at even the slightest mention of his name. She broke up with me saying I’m narrow-minded and I may end up being like this about all her male friends.  I know I wouldn’t be like that with anyone else and there’s no way I can prove that to her. Am I wrong here? Do I need to take a hard look at myself? 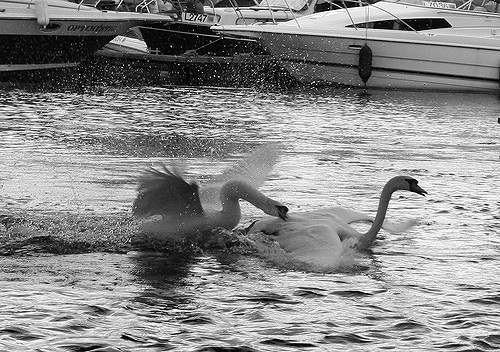 We all need to take a hard look at ourselves. So you’re not alone in that respect.

But before we do that let me honestly say I was extremely distracted while reading your letter because of something you said right in the beginning: she went on a date with someone else and kept texting me about it all night.

What kind of date was it that she had time to KEEP TEXTING through it and the person she was out with didn’t roll their eyes and push off?! Why not just take a video and send that later, you know? What’s with the ankhon dekha haal, ball-by-ball commentary?

I’ve been wondering, of late, whether love isn’t becoming a little unfashionable. Once, when dating and meeting anyone not related to you too much was difficult, songs were fantasies of the moment when IT would happen. You would feel that punch in your stomach and that whoosh in you midriff, somewhere below your heart area and you’d be off, off and away. Now, due to experience and observation, we all also know, that this rising feeling is often followed by a sinking one, in big and small moments, as we confront, that, unlike Waheeda Rahman and Guru Dutt in Kagaz Ke Phool, hum, hum he raheinge aur tum tum hi rahoge and with much friction the twain shall keep meeting.

One of the responses to this knowledge is the kind of person who look knowing and says things like ‘there is no such things as love.’ I really don’t know what their parents have taught them, frankly, but apparently one of the things was, it is ok to be a bore. The other is to break love down into controllable parts and name them and assign functions to these shortcut keys.

So now, we date, we hook-up, we are ‘in a relationship’ – we are everything but ‘in love.’ It’s a functional approach.

One of the things that a functional approach brings is a sense of control. Which means we also think we can control love relationships by ourselves. That we alone are responsible and capable and can acquire the functionality to make it work.

The point being, Jealous Guy, that you have to take a good hard look at you and the other person and the whole situation, while accepting that the only part of it you really can control is you, and that too is a hit-and-miss affair sometimes.

No one likes to feel defenseless, and long-distance relationships really reveal the extent of our defenselessness to us. We feel craven in our wanting. We find it difficult to say “I long for you” in case we are being too clingy, too silly or not saying it at the right moment and so, risking rejection.

Long distance relationships show us, faster than others, that love is both dream and reality at the same time. We have to keep our innocence and sense of idealism about love. And we have to be very practical — realizing that distances can go from physical to emotional easily, that while it seems impossibly twee, we do have to have those dinners on Skype and consciously schedule time to see each other.

If love obscures our sense of other people, long-distance compounds it by filling us with self-doubt. You don’t say what the argument was about that caused you to ‘shut down.’ You seem to think that your shutting down was the reason that things got worse.

Your lover then responded by going out on a date and doing a live commentary alongside it. That certainly proves she was not lying when she said, she was doing it to spite you for hurting her by shutting down. I assume she told you this; that it was not something you surmised by taking a good hard look at yourself.

What was your response then? Did you open up by losing it? Having a jealous fit and promising you would be different, maybe be as she wanted you to be? Well, then I guess the manipulation worked. It worked so well that it became the very basis of the relationship. The ‘third person’ became a mini-taser and you have taken to it with obedience each time. After all what greater proof of one’s love than jealousy?

For you to shut down after a bad argument, or what might have been a series of bad arguments, isn’t a shocking response. The question is, how long did you stay shut down? If neither of you every spoke about this problem then you both compounded it.

Let’s say the text-reported-date (and we have no idea what really happened in it, except what she told you) was a stupid reaction to feeling desperate for a reaction from you. Did you both use the moment to assess how you were behaving together and try to get past it?

Doesn’t sound like that. All relationships come up against that big first disappointment when they reveal that they aren’t going to be perfect. And sometimes we have to go through several disappointments either within one relationship or over several before we learn how to treat love itself with love.

The first step in this is to recognize when we have not treated love with love, but instead with suspicion, anger, manipulation, carelessness and fear. Going by your account you both did just that.

Your girlfriend kept ignoring you when you told her something hurts and discomfits you and kept relying on making you feel like shit in order to feel a sense of power in the relationship. She may have done it as a response to feeling defenseless during your shut down, but it was nevertheless a pretty toxic response. Instead of recognizing it, you too continued in that pattern.

In fact you continued in it till you were broken up with, which also, you were told was your fault, as you are narrow-minded. I’m not suggesting the I take no shit from no one approach to not making a relationship work. But eventually you can’t be so passive in relationship to yourself, others and the relationship, no?

Because then, cue in, your takeaway from this relationship has been: you shut down, feel jealous, are narrow minded and probably many other things. That’s a lot of reasons to not be loved, and if that’s the takeaway you’ve designed you’re making pretty sure that’s exactly how you enter the next one, with a conviction that love won’t be there, because you aren’t worthy of it. I foresee more shutting down, but hopefully not with an ace manipulator.

So, you do need to take a good hard look at yourself, but you also need to take a good hard look at the other person and the whole scenario and recognize something. If you think it was just you, your soul won’t be able to accept it (quite fairly) and it will ricochet to thinking it was the other person, and then that will seem false (quite fairly) and you will be back to – whew. I know, exhausting. That my friend, is called a cycle and it is a chakkar not worth being in. Just like that particular love chakkar you were in, which for both, was more chakkar and less love.

While you remained with someone who was being awful to you, you were playing out a story of your awfulness – you were neither moving on within the relationship, nor out of it. Both of you seem to have been trying to outwit love by being on top of things or at the bottom of them – one victim, one oppressor – instead of being together in it.

This is uniformly oppressive – to hate oneself is to ask to be hated and sometimes to ensure one is never in a situation where this theory will be challenged, because then, we’d have to believe in love. And believing in love would mean we have to simultaneously believe in magic and realism, believe we can be shitty and other people can also be shitty, believe we can have innocence but also act from experience, that we can be (and are) both oppressed and oppressor. We would have to take a little responsibility for our own happiness instead of treating love as slave labour on that front.

I know, this does not sound controllable. But that is love’s greatest triumph. It reveals to us that the illusions of control – these boxy relationship terms, these new-age blame mechanisms, these technologies of the perfect self – are in fact the biggest mess-makers. Give them a jhadu and tell them to sweep themselves off their feet. Accepting this means heaving sigh of relief, then slowly unsnarling the traffic jam of relationships, decoding our mixed messages about ourselves.

Just like our state of being, love’s relationship status is always “It’s Complicated.” To embrace that is to embrace yourself and maybe, vice-versa. So, when you take that good hard look at your self, no, remember this: Take a good hard, loving look, not a good, hard, reprimanding look. Because you know how that bad poem goes – there is no new “I” without a new eye.

Maneka Gandhi Said Ask Me Anything. Indian Men Asked and Asked. And Asked

Dear Billi, My Boyfriend is Jealous that I Want to Go on a Trek Without Him. Is This Fair?

Dear Billi, My Boyfriend is the Best. But I’m Insanely Jealous of His Previous Girlfriends. How Do I Handle It?

Dear Billi, My Boyfriend Ogles Women’s Breasts and Buttocks. How Do I Tell Him It’s Wrong?

2 Responses to “Ask The Billi: My Girlfriend And I Had A Fight And She Went On A Date With Someone Else. What’s Wrong With Me?”