This project by photographer Johan Bävman provides lively context to Sweden’s unique paternity leave allowance, and tries to inspire fathers in Sweden and elsewhere to consider the positive benefits of such a system. The project will be exhibited at the Delhi Photo Festival 2015, scheduled to take place from October 30 to November 8 in New Delhi.

These images show how dads on paternity leave take care of kids while their spouses go to work. Says Bävman, “No other country provides such generous terms of parental leave as Sweden and a few other Scandinavian countries. The current system allows parents to stay at home with their child during 480 days in total – while receiving an allowance from the State. Out of these 480 days, 60 must be taken by the father or else are lost.” The Swedes have reportedly also added a third month that fathers can either use or lose, plus an ‘equality bonus’ of up to 1,500 euros to encourage equal sharing of the generous paternity leave between spouses.

The reality remains that even despite such unique incentives, only a fraction of Sweden’s dads use all their 60 days of parental leave. Even fewer parents choose to share the days equally between mother and father. This project presents portraits of father who have chosen to stay at home with their child for a long period of time. Unlike the recent #SelfieWithDaughter campaign in India, where fathers merely pose with their daughters for the camera, here we see fathers actually participating in daily child-rearing tasks: from feeding to medical care, from potty training to shopping squabbles.

These seemingly unselfconscious fathers give us a glimpse of a world where the basic tasks of parenting, carried out by fathers, are taken for granted.

The project Swedish Dads started when I was home with my own son. I had a hard time finding literature, blogs or anything that was written for me as a father. The project is based on 60 portraits of father that are home with their children that symbolizing the 60 days fathers are entitled to take out. Because of the unique Swedish parental insurance system, I thought it was going to be easy to find fathers who had shared the insurance days equally with their partners. It wasn’t, only 12 percent have taking this opportunity. This does not fit into the image of Sweden as one of the world’s most equal countries. I hope my project can plant a seed to dads in Sweden and in other countries to think of what impact it would mean for yourself, your child and for your relationship to stay home with your infant for a long period of time. But also: What kind of society would we have in Sweden if everyone shared the parental days equally, and if this system would be a reality in more countries?

Are you a mother who wishes your spouse would share with more parenting? Are you a dad who does a fair share of parenting? Tell us what Indian dads should do more of @theladiesfinger. 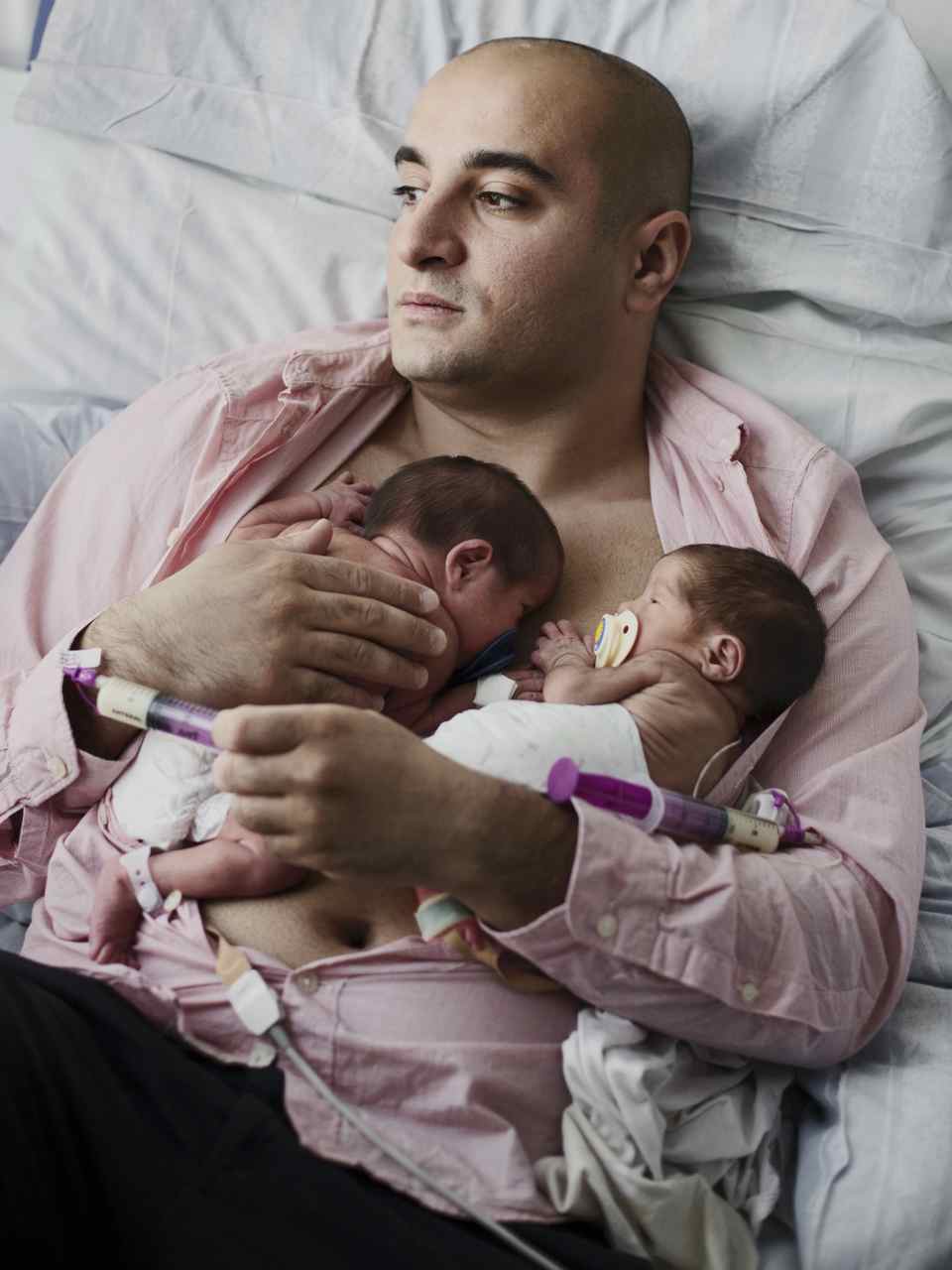 On leave jointly for the first four months, thereafter six months on his own with the twins Parisa and Leia, one week old.

I had to argue with my partner to get my months with the children, since I think it is important that the children have a present father early on in their lives. Therefore it was important to me to also get the opportunity to take paternity leave for as long as I wanted. 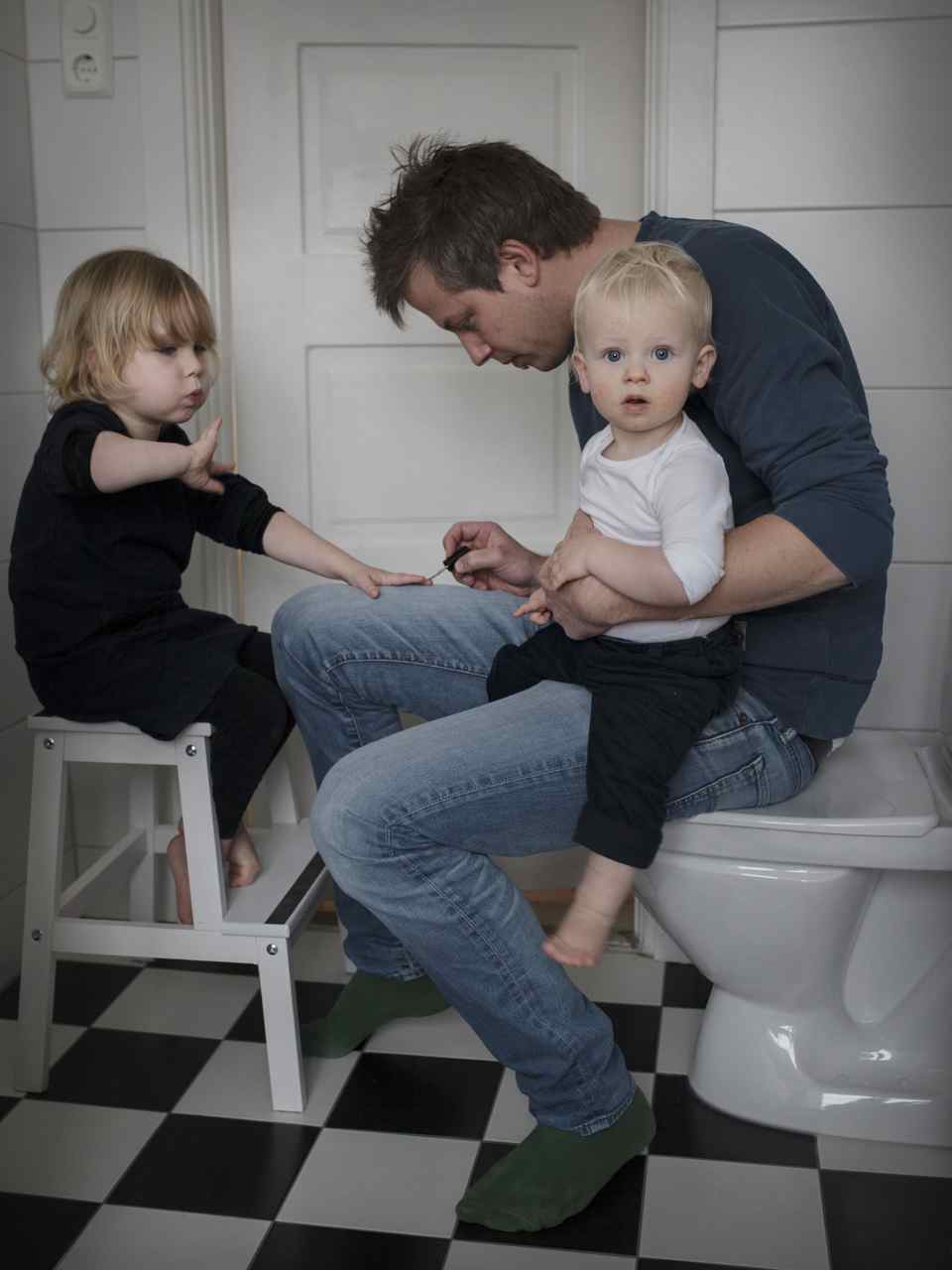 On parental leave with Matilda (4 years), Valdemar (1 year), for about 6-7 months for each of them.

I feel guilty about not having been at home with Matilda as much as I am now with Valdemar. I worry that my relationship with Matilda will be weaker in the future since I worked more during the earliest period of her life. I think that as a parent, it is important to participate in that first period. Now that Matilda is 4 years she has created a personality that I have not been able to influence as much. The move from Holland was a conscious choice once the children arrived. Sweden is much more child friendly as a country. I want my life to revolve around my children and not the opposite as it often did in Holland. 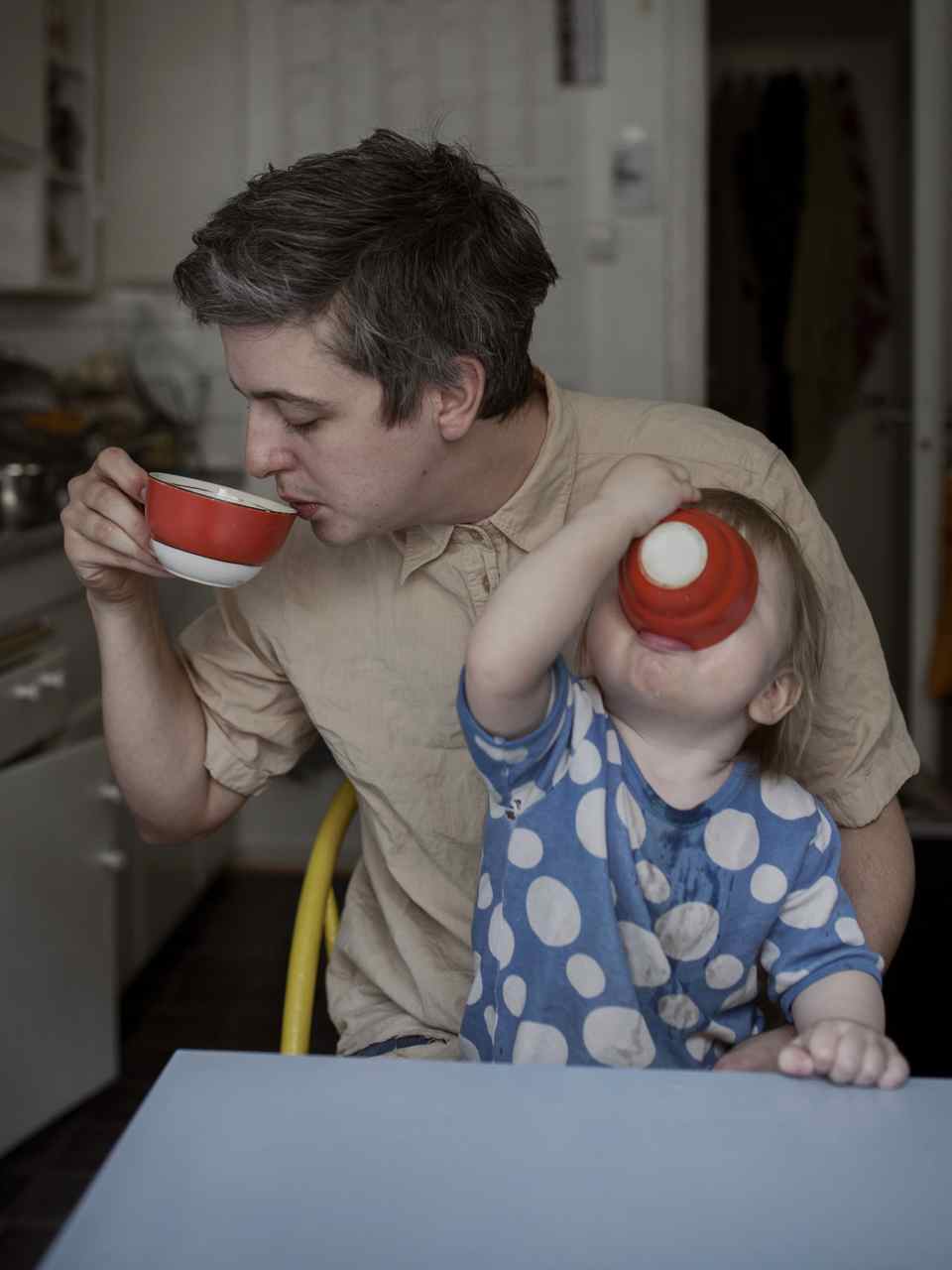 On leave for one year with his son Elling.

There was never any discussion about who should stay at home with Elling. That we would split parental leave more or less equal has always been obvious to us.  Had I not had the opportunity to be at home with our son for almost a year, I would probably not have known who he is as a person and what his needs are. This said, there hasn’t been much time to just sit and enjoy being in his company, most of the time has been spent making everything work. It really is a full time job. 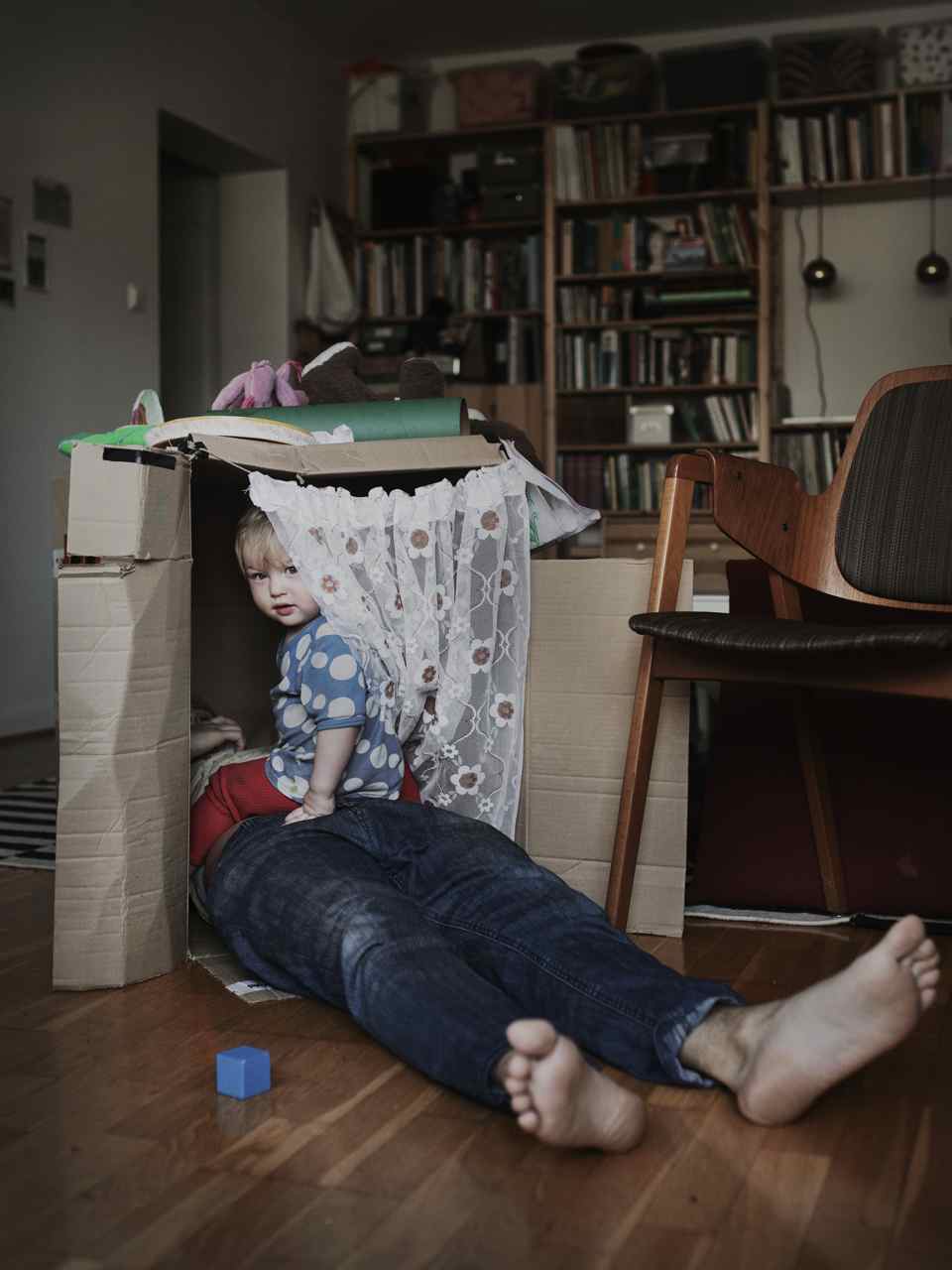 I have a hard time understanding why you would not want to be at home with your kid, now that you decided to have one. Sure, money plays a role but there must be something more to parental leave than just the financial side of things. [I think I’ve learnt a lot about myself during my time at home with Elling.] Among other things, how much I can actually handle – in spite of sleep deprivation. But most of all, to experience the happiness of being at home with my own child. 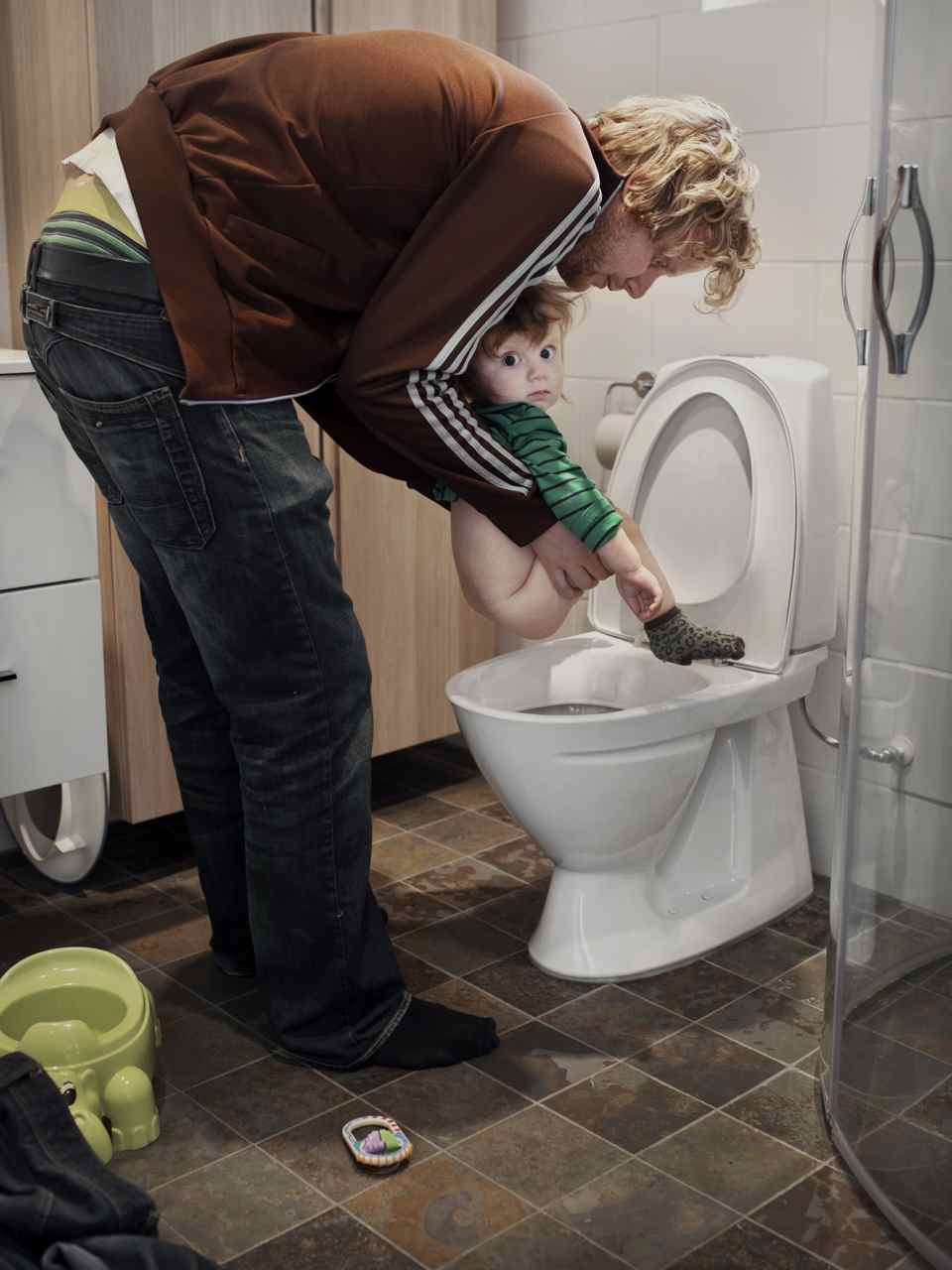 On leave for 10 months with son Holger.

My wife and I try to be as equal as possible in our everyday life, and taking equal responsibility for bringing up our children is part of that effort. My day consists of cooking and playing with my son – but most of all cooking, since we mix all food for our  son, we do not give him any canned  baby food. 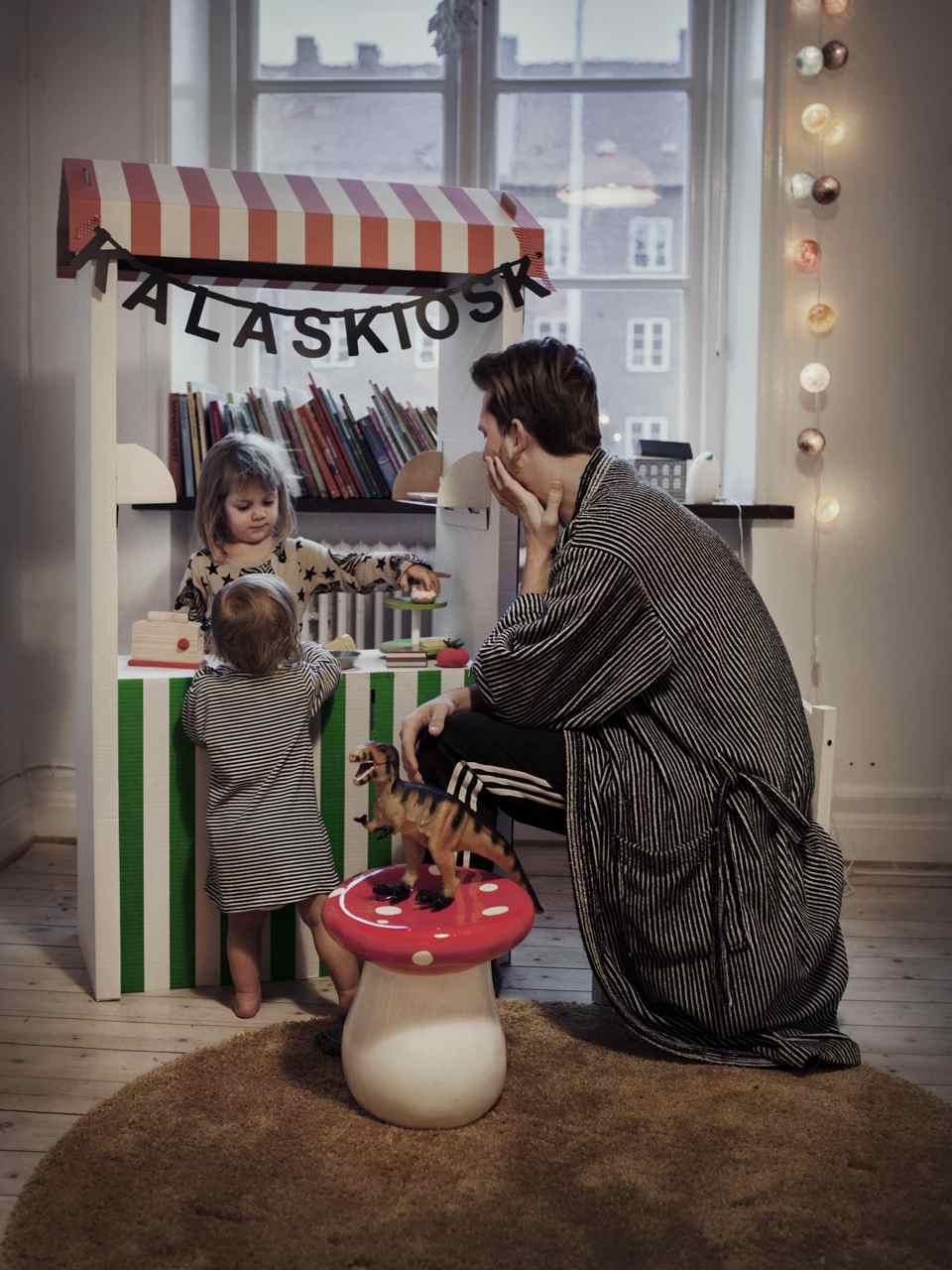 Currently on parental leave for a year with one-year-old daughter Siri. Previously on leave for nine months with his daughter Lovis, who is now three years old.

I want my kids to feel just as safe with me as with their mum, and that bond is something I’ll build during my parental leave. I don’t just want to be the fun parent, the one who only has time for play and laughter.

Dhanush, SRK, The Girls from Usilampatti and Our Fascination with the ‘Lost Child’

2 Responses to “What Kind of World Would We Have if Fathers Did Equal Parenting? A Photo Essay”