My mother-in-law wants to be my friend. She lives in a different city than I do, and in the few months that I’ve been married, I’ve met her in person only once since the wedding. I feel guilty about not calling her as often as she calls me, but I also feel like it’s crucial to maintain a friendly but on-the-surface relationship with her in the interests of getting along in the long term. Perhaps a small part of this is because I cannot fully get over the fact that my in-laws initially opposed my relationship with my husband because I am from a different community and from a lower caste, although they eventually accepted it and to be fair, have never been anything but warm and friendly in person.

I’m also anxious about being too friendly because I feel like giving my rather conservative mother-in-law access to my life might open the floodgates for questions, comments and judgment that I am not prepared to handle. I’ve seen my own mother and other close relatives struggle with terrible mothers-in-law, and I am terrified of eventually ending up in the same situation.

The thing is, I like my mother-in-law. I know she likes me too. I also know that she wishes she knew me better, and that she could talk to me about things. In being too careful about keeping her at a distance, I’m worried I may inadvertently push her away and ruin our currently-very-good relationship. But I also want to make very, very sure that I never allow her to feel like she has power over me. How do I strike the right balance? 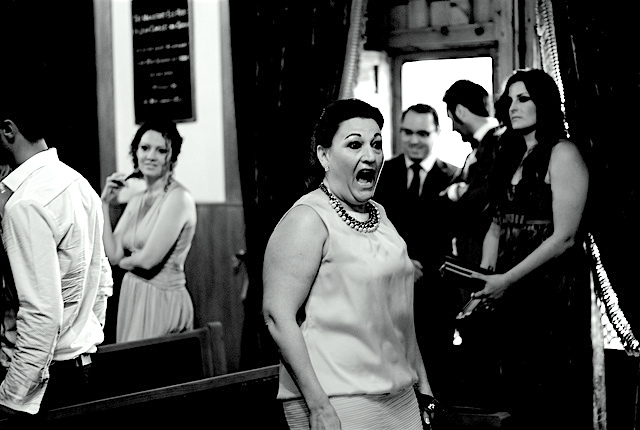 You are sure this question was not meant for Veena Venugopal, no? Because otherwise I will feel very foolish, responding at length, like the person who tells a long joke, only to be told the listener has heard it before. And there are no Billis for The Billi, so that won’t feel comforting at all. Anyway.

Have you read that great piece about friendship in The Atlantic by this Greek fellow called Aristotle? Or well, maybe it wasn’t in The Atlantic but that’s not important — who can remember where you read what on the Internet, nowadays, certainly not this Billi of a certain age. It’s better not to remember. Makes plagiarism and false cool gained by not attributing so much easier, na. It’s all about living in the moment after all.

Anyway, sorry to be so sidetracky.

Aristotle, who liked to categorise and make manuals and principles for a lot of stuff, did the same for friendship (perhaps in Book VIII of his Nicomachean Ethics). Aristotle divides friendships into three kinds:

1. Friendship based on utility — where both people derive some benefit from each other.

2. Friendship based on pleasure, where both people are drawn to the other’s wit, good looks, or other pleasant qualities.

3. Friendship based on goodness, where both people admire the other’s goodness and help one another strive for goodness.

I regret to inform you that Aristotle doesn’t seem to say anything about friendship between daughters and mothers in-law and from the research that I managed to do, neither, alas, does Ekta Kapoor. So let’s work with what we have.

For one second let us park Mr. Aristotle though. Because I just want to say, first of all, it’s admirable that you do not cling to what you might hold against your in-laws: their narrow-mindedness about community and caste and the related hurt of their looking at you not as a person, but as an identity alone. There is something so life-affirming about your willingness to judge people by their ability to overcome their prejudices rather than restrict them to their prejudices alone. If more of us could do this, live in the moment of each other’s actions, instead of the false knowledge of our pasts, we might all have some kind of interesting future.

What this says is that you are a fair-minded person. You like to do the right thing. This is a rare quality nowadays and one to be cherished. But the bad news is, it is not always recognised for what it is: an ethical way of being, and does not always call up a proportional respect. Those who think like this must very much take responsibility for their own happiness.

But perhaps somewhere in that fair-mindedness you are not altogether fair to yourself. This too is common to people who want to be ethical. They do not like to make false promises, to go back on their word. And sometimes, just sometimes, they are too quick to think well of those who have ‘done the right thing’ because their way of judging the world is through the lens of ethics. Therefore — people who do a good thing are basically good.

Taking nothing away from your mother-in-law’s ability to overcome her narrowness and expand her heart to give you love and warmth, you have to resist the urge to be too quick to praise this too much.

If your mother-in-law were just a colleague in the office, then which of Aristotle’s categories of friendship do you think she might fall into? Perhaps somewhere between 1 and 2.

You both benefit by having a harmonious relationship and you also basically seem to like each other. This does not automatically have to translate into 3 — a friendship some also translate Aristotle as describing as “friendship of the heart.” Not every friend is a soul friend.

Ethicists also sometimes fear hierarchy – they feel all hierarchy is linear (descending order) and therefore values one thing less than another. Therefore Friendship No 3 is the best, while 1 and 2 are inferior. If they look at a relationship as one of utility or simply pleasantness, they are somehow being icky, not-nice types.

But there can be no greater respect that allowing everything its rightful place and valuing it for that. One may respect relationships of formality as much as those of intimacy while feeling different intensities for them. Force-fitting relationships into one box of rightness or goodness, like with treating all as equal rather than treating all equally makes a big mess and leaves everyone hating everyone.

In other words, your mother-in-law does not have to be your friend. You say she wishes she knows you better — but is it you who wishes she knew you better? Because then you wouldn’t have the tough task of dealing with how different you two really are? Maybe.

Maybe your mother-in-law too is trying to compensate for her bad behavior earlier. And she too thinks the only way is to play friend-friend. Perhaps she needs to know you don’t hold anything against her. Perhaps she is assuming that now that you are married you will be married ladies together — whichever version holds sway in her family. You don’t know which it is. And you can’t know which it is right away. And you can’t know it all in advance and be all prepared to do everything right in advance, including protecting yourself.

So, extrapolate a leaf from Aristotle’s book and let each relationship be what it is without anxiety, and resist (as you rightly sense you must), that which confuses one kind of loving for another.

Good manners exist to help us negotiate new relationships with respect. So be respectful and warm to your mum-in-law as an elder. Give her the regard due to someone who has overcome their limitations to make a new connection. Do something special for her when it comes to you naturally, not forcefully, or you will all tire and feel stuck and then begin resenting each other. When you learn her likes, give her one of them. Keep yourself open to being reached out to, but allow boundaries to exist unsaid.

Just don’t do this anxiously, as if it were something wrong. Do it, knowing it is alright — it is really the right thing, even if it is not immediately the sexy-looking thing of lunches together. Don’t feel you are a faker if you keep an invisible boundary while being warm. One can be warm and formal. And even after all this, there may well be some mis-steps and misunderstandings — that is not going to be make or break. Yes, this is a more vulnerable place to be in. Yes, it is possible you may not always be your best self within it. And you may see things about her that you don’t like. That is called having a relationship with someone. Unlike with your partner, you don’t have to deal with it 24/7 so it’s alright – you can get past it too.

Aristotle says this other really neat thing too:

“Most people prefer being loved to loving, since they desire flattery and honor. The true mark of friendship, though, is that it consists more of loving than of being loved. Friendships endure when each friend loves the other according to the other’s merit.”

In other words, give it time to reveal itself, rather than wanting to control it so much.

As with all things, the slower you cook it, the more it reveals its true flavor, giving you time to add what’s needed to define the dish. Let yourselves become known to each other slowly — what’s the rush? Marriages take time to render, therefore so do relationships with in-laws. Let the pickle pickle in its time and it will rescue many a poor meal.

4 Responses to “Dear Billi, My Mother-in-Law Wants to Be My Friend. Help!”