I need help in handling my very patriarchal and conservative mum. She is looking out for a bride for me and wants someone who can be a typical bahu, doing house work and going shopping with her.  She will not tolerate someone who works, let alone someone who earns as much as me and loves her work as much as I do (which is what I want).

Standing up to them is an option and I do that, but it’s been getting really hard to see all the people that I really care for turn into demons. It’s been really difficult, especially since it’s not just the extended family which seems to be against me but my mum and my grandmom who are at the center of this. This is seriously stressful and I hope you guys have some advice to help me out. 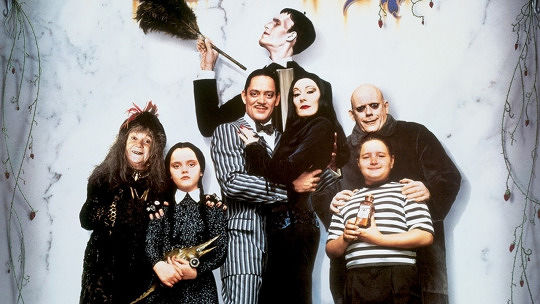 Do you remember Bedazzled, the movie where Liz Hurley plays the Devil and gives Brendan Fraser a bunch of boons? With every boon, Fraser thinks he has cracked the code to being happy, rich, successful – the perfect life, in short. But, every boon has a flip side and this is quickly revealed to Fraser, making him skip to the next boon and so on.

There are many morals to the story and The Devil Wears Prada (or Kanjeevaram) is only one of them. The other moral is Nobody’s Perfect – not your mum, not your grandmother, not your aunts and uncles and conformist rat-fink cousins either. In fact, if they had written to me instead of you, about the same issue, I would have told them the same thing – about you. So, you can love people simply because you do, or simply because you are related, or simply because you’ve known them all your life or because you really do like them. The reasons for loving can be many.

But the reasons for loving cannot always be the same as the reasons for living. So, you can love all these people in your life and still know their shortcomings. It’s not that they are turning into monsters. They always were whatever they are. It is your gaze that has changed. As long as we all play our part in the patriarchal fairy tale of life – maintaining our gender roles, our caste prerogatives, our class behavior – we live amid large hearted kings and loving queens and sweet natured princesslings. Once we decide to stop playing our ordained parts, the fairy tale façade dissolves into a Fassbinder film fast enough. Faces melt to reveal other faces, the walls crumble, carriages turn into khataras. This alteration is also called adulthood.

We may choose of course to never enter this adulthood, ever. Many people remain within the illusory version of relationships, not seeing the unpleasant side of people in our lives with a willful innocence. Or we can grow up and accept this is life and go on to make a bid to write our own stories, with their own forms and styles and even bad sides, to be revealed when challenged by our own children’s adulthood.

When we grow up we decide for ourselves what we want to be and do. We make our own mistakes, we clean up our own messes, we fold our own clothes, we make sure the kitchen is stocked enough to make dinner when we need it.

And if we want to marry and want a very different life than the family imagines, we find our own partners and we make that life with them. Frankly, I took a little while to come to the central point of my response. Do what you need to for yourself as this life must be led by you.

So, I would separate where love is from where power and power’s flunkey, the fear of change, enters. This is a case of control or be controlled.

They’ve shown you their monstrous side – the one for which what you want does not matter. So, it’s only fair to show them yours – the one in which their wish cannot be your command unless their wish is that you should ask your office colleague to bring them the Himayat mangoes they so crave, from that Hyderabad trip.

Imagine marrying someone they choose, whom you don’t quite like. Imagine that woman puzzled by why, though she ticks each box in the approved daughter-in-law to-do list – shopping together, cooking together, watching Sasural Simar Ka together – her husband and she simply can’t seem to get it together. Imagine that confusion turning to self-hate, or hate of you. Imagine how the dice are loaded against this person, because you can’t outright stand up to your family.

In other words imagine yourself being monstrous to someone else, because you aren’t happy, you can’t do things you like with your partner, because now two of you don’t form your own relationship with its good and bad and changeable parts, because everything is vis-à-vis what the senior ladies and their commands or desires.

Why do you want to do that?

I do understand that since you have no particular person you want to marry, you aren’t fighting on behalf of a person, but an idea and that seems wispy. But that is important as it is the foundational truth of your being.

Our country is full of men (and very few women) who lead this double lives, because they can. Conforming to what families tell them. Yet strangely alienated from their own emotional lives. Pretending they don’t drink, or smoke, or smoke up or eat meat or like sex because their family think these rather routine human behaviors will bring destruction on the vansh. They marry women chosen for them and proceed to not love them (some do of course, we’re talking generally).

Their wives become hurt or bitter, or sometimes there’s only a kind of dull ennui given the occasional consumerist injection – a new car, a social-media friendly holiday. Even if they have affairs, usually with the kind of person they never had the guts to choose, these rarely have a fulsome beauty to them –in these, the men are ambivalent, sorry-for-themselves, guilty about sex, self-hating, unreliable., not even making the women or men they have affairs with too happy. They say really unbearable things like – “I’m not capable of making people happy.” “Love doesn’t exist, you know. “ “This is all sentimental claptrap.”” “Sex is just a human need, what’s the big deal.”

The more repressed, they get drunk at parties and pay too much attention to the kind of woman they didn’t have the guts to choose, till their wives purse their lips and say, let’s go, their faces turning tight and harsh to disguise the hurt and humiliation inside.

So, as they say in Bombay, kaiku?

Why give in to someone else’s monstrousness to become monstrous yourself? If you live at home, stop doing it. Move to a different city. Loosen the control your family has on your head space. Be as truthful as you can with them – but not submitting each scrap of your life to their scrutiny. This is not betrayal. This is simply being your own person.

Honour them when they visit, take care of them when they are sick, wish them warmly on their birthdays, cook their favourite thing and take it to their homes, buy them nice stuff. But don’t give in to them when it comes to fundamental choices.

The most loving thing you can do for the people in your life, is make your own choices, as transparently as possible. Without this it’s a lifetime of resentment – and god knows, there already so many accumulate feelings inside each of us, why add to them.

If your choices are not tied to their safety in their community, they may sulk for a while, they may stop talking to you, they may be rude to your prospective partners. But usually, they get over it. So, give them the chance to be better people.

And if not? Well, kuch paane ke liye kuch khona padta hai. Nobody’s perfect and guess what? Nothing’s perfect either. So you have to choose your own personal Nothing’s Perfect version of life and live it well, wholeheartedly and responsibly. Sometimes that even translates into happily (without the ever after).

One Response to “Dear Billi, My Family Has Turned into Monsters! Help!”