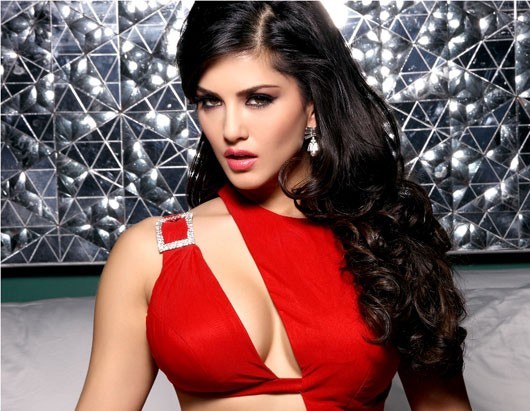 “There’s a curiously distant feeling about the rise and rise of Sunny Leone, from the time she entered Indian households via Bigg Boss in 2012 to April 2015, when her film Ek Paheli Leela became a hit. Soon after, she topped The Times of India list of most desirable female stars, ahead of Deepika Padukone and Katrina Kaif – no small achievement. Yet, her success feels blandly numerical, with none of the visible cultural resonance that accompanies the rise of a new star.

Let me just come right out and say it – Leone is one of the most boring performers I’ve ever watched. I fast forwarded my way through two of her porn films, so tedious and mechanical was their spreadsheet porn-sex. ‘Baby Doll’ may be a catchy song, but visually it is so leaden that I have never been able to watch its video through to the end, not even for the purposes of this piece. As for Ek Paheli Leela, despite my love of kitschy reincarnation dramas, I found it very easy to take my eyes off Ms Leone when she was onscreen. There’s nothing offensive about her (she is rather sweet, in fact) but there’s just nothing riveting about her either.

One of the reasons particular stars achieve ascendency at particular moments in history is because they somehow embody the social rhythms and cultural tendencies that are still taking shape around them. They represent the gestalt of a moment, an essence of larger social experience and aspirations that have not yet been fully recognised. Often, the officially elite culture does not have the space, vision or the means to recognise these new feelings, these still-forming quicksilver selves. What is this sense that Leone captures through her success?

I missed Leone’s entry into Indian living rooms via Bigg Boss because I was deep in the bowels of television production myself, working on a somewhat arty TV reality show. Called Connected Hum Tum, the show hoped to track the inner lives of contemporary urban women in India. The process of choosing characters involved meeting literally hundreds of women from varied backgrounds. Many of these were suburban or small-town women, who wanted to make it in show business. They had no real connections, training, or frankly, talent. But, they were bursting with a kind of un-channelled assertiveness, a strong need to ‘show the world what I am’. They did not want to be constrained by older identities of family, community or caution. Chetan Bhagat speaks for many young men like this. He suggests (however disingenuously) that they can shrug off the limitations of feudal India with the leveller of English. 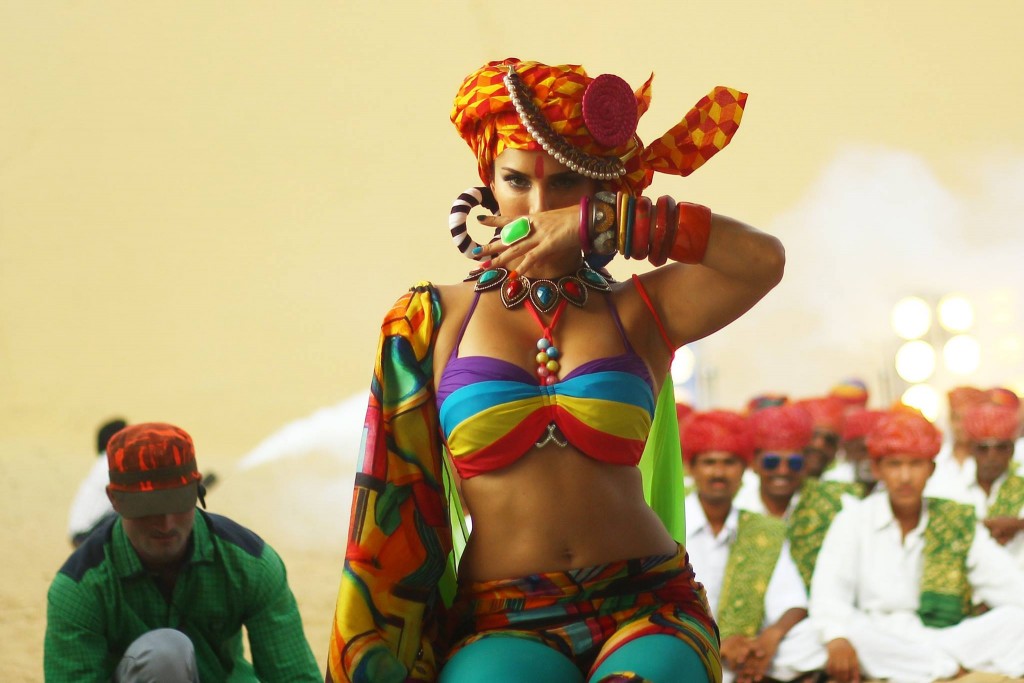 What do these young women feel they have as a leveller, given that they come with no other advantages? It is their bodies. They represent the idea of show business not as a place of ephemeral, alchemical talent, but a labour market in which you can acquire a suitable body, which will be employable. In the nourished warren of gyms, dance classes and auditions that is Mumbai’s Oshiwara, thousands of aspirants apply themselves to this endeavour. Having a sexy body is now not a sign of your immorality, but of your professionalism and ambition. Hence, “compro” or compromise, of some sexual nature, is also looked at far more pragmatically. They have rephrased the body, from a symbol of honour and morality to an instrument of work and progress, of the entrepreneurial self. To a certain elite eye, these young people represent vulgarity and desperation. Their “indecent” aspiration finds little recognition – unlike the “decent” MBA-style aspirations of Chetan Bhagat’s following.

It is innumerable young men and women such as these that Leone, with her surgically, impersonally perfect body and her matter-of-fact approach to it as her skill set, epitomises. Coming from an immigrant family, which left its roots to search for a better life, she represents this same unsentimental immigration which thousands of young lower middle-class Indians undertake – one which searches for new destinations, not permanent belonging, and which refuses to be imprisoned or limited by a past identity.

Because of her past work in pornography, it’s easy to place Leone at the cusp of India’s “combination of prurient prudishness and genuine tolerance” and suggest she is a “walking talking double meaning”, as writer Kai Friese recently did in The New York Times. This is the kind of truism about Indian culture that we are now used to hearing from liberal elders. That India, the land of the (yawn) Kama Sutra, has fallen into a state of sexual hypocrisy.

Double meanings can only be a source of contempt if we believe that meanings are, or should be, single. This belief in a linear truth or identity, which only allows you to be one thing at one time, which chooses to fix or expose you, is a deeply moralistic one. Whether coming from the left or the right, it is the judgmental gaze that shames people for their desires. You can do this from the left by talking about how Leone exemplifies Indian hypocrisy, in which porn stars become rich while LGBT rights are denied. You can do it from the right by raving about depravity. The purpose of this gaze, this nazar, from either direction is to shame you for routine human aspirations. It is, in fact, a classically pornographic gaze, seeking always to expose and demean you metaphorically.

As both a performer and a producer of pornography, Leone understands this gaze well and knows not only how to counter it, but how to invert it. Her masterstroke was to appear on Bigg Boss, the ultimate mainstream pornographic vehicle, in which apparently ‘decent’ people reveal their dark and ‘indecent’ selves. In her case, she did the opposite – an apparently ‘indecent’ character revealed her niceness, her (as one YouTube clip calls it) ‘cute-bhara’ self. She was courteous, soft-spoken and all family values: “Bahut accha lagta hai jab sab pyaar dete hain mummy daddy ko, hai na? I miss my parents, but they’re watching from above.” She made rotis, hung out in track pants and told Amar Upadhyay off for being handsy (“he is married and so am I”), sending out the message that she decides the terms of use when it comes to her body, as any person should. 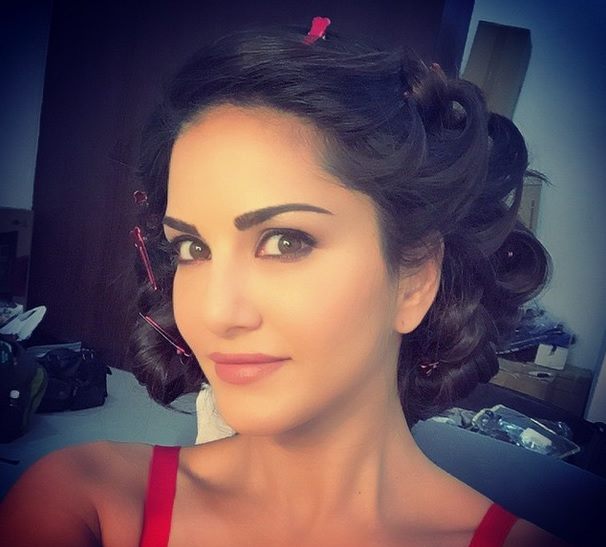 Leone never offers the victim narrative. She owns her work completely and emphasises that it has always been her choice and no one ever forced her into it. She also never resorts to bad-mouthing or stereotyping Indian culture, which many Indians do in order to set themselves apart from other natives. In an interview with MensXP, when asked for her response to Ekta Kapoor’s comment that India is a sex-starved country, Leone replied: “I don’t think India is a sex-starved nation. I wouldn’t say that about any country. She [Ekta Kapoor] feels that way, and she is entitled to her opinion.” She has laughed at euphemistic questions by saying she receives mail regularly from women as well as couples on how to improve their sex lives. “Sex isn’t something crazy. It happens every day, guys,” she said in one video interview.

By doing this, she acknowledges a whole other narrative of contemporary Indian sexuality – not the old one of repression and moral policing, but one of a great deal more sexual mobility. In fact, part of Leone’s relatively easy transition to the mainstream is because of the ubiquity of pornography for urban and small-town Indians, thanks to the digital sphere. Indians have the fifth highest number of daily visitors to Pornhub, and fourth highest in accessing it from mobile devices. Given this fact, the transition of a body from the pornographic to the cinematographic space is not really so startling. It is travelling from the private to the public space, sure, but it is also travelling from one everyday space to another one.

Leone also never falls into any other cultural stereotyping. When asked in another interview about what she thought about excessive violence against women in India she merely said, “This is applicable to any country in the world. If our teachers and parents teach us differently, the message will go out.” The Leslee Udwins and the right-wing moralisers sure could take this leaf out of Leone’s book.

So, Leone is the other NRI, the one no one talks about and the one the prime minister doesn’t address – the one who isn’t ashamed of India. She speaks well of those other Indians who make a complex interweave of private and public selves, of where they are coming from and where they want to go to create a life for themselves, rather than constantly engaging in defining the idea of India.

Despite all this non-denominational journey of individuality, Leone, in what may seem like hypocrisy to some and dexterity to others (like myself), never challenges basic traditional niceties. Consider that she arrived on Bigg Boss the way most women arrive in their sasurals – in a doli. The other F word is big in her vocabulary – family. She spoke of Ekta Kapoor and Pooja Bhatt, her first producers, as treating her like family. Her earthy immigrant Punjabi is reassuring. She speaks respectfully of her parents (as indeed of all people). Her demeanour is winning – I found myself quite in love after watching many of her intelligent, confident, always courteous interviews. 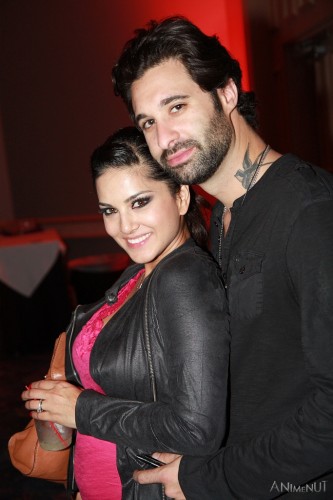 She does not challenge family structures – and this is very crucial for success in India, because the family, no matter what you do in it, is still the primary social unit for our culture. Her frontal partnership with her husband also makes Indians comfortable. It allows Salman Khan to say about her: “Unka kaam hai – jo bhi hai unke family mein kuch aitraaz nahin hai.” The idea of a woman not connected to anyone is one Indians continue to find dangerous, unnerving. It is a reminder of the goddess unbound. A woman who belongs with a man allows people to accept much more. Unlike Rakhi Sawant, Mallika Sherawat or Sherlyn Chopra, Leone is not interested in directly speaking up about patriarchy or social injustice, as much as she is in swimming past it quickly.

Today, families and businesses have been around for two or three generations and words such as pedigree and legacy, which were meaningless before, are bandied about. Second- and third-generation filmy families have made parts – but not the whole – of the industry respectable for their daughters to inhabit, and some other women like them. Corporatisation has provided a finishing patina. The bodies of Deepika Padukone, Kareena Kapoor et al carry a different meaning than heroine’s bodies in the past. Any respectability one claimed came from the division of heroine and vamp, but it was a tenuous one.

However, the barrier that once existed between the heroine and the vamp has now been recast as a class difference. This is why Deepika and Kareena are in A-list films, while Emraan Hashmi and various interchangeable women inhabit the B-plus world of Vishesh Films. It is in this B-plus world that Leone rules. Can she break through that barrier? In response, we need only turn to Leone’s own wisdom and insight. As she said in an interview before the release of her film Jism 2: “There’s nothing too crazy in the film. You aren’t going to see anything here that you haven’t seen before. In India, you know, you can push the envelope, you can’t crack it open.” If she cracks it open, then forever and ever ‘Chitthi aayi hai’ shall be a song dedicated to Sunny Leone.

Paromita Vohra is a documentary filmmaker and writer whose work focuses on gender, desire, urban life and popular culture. She is currently working on a non-fiction book about love in contemporary India. More at www.parodevi.com and less @parodevi.

This article first appeared in the June issue of Man’s World Magazine.