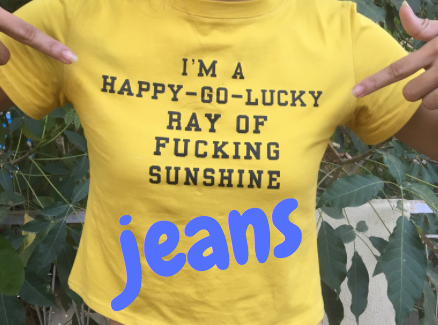 What are the chances that someone called you a dirty commie sickular this week online? Pretty high, we’re guessing if you’re anything like us (which we assume you are, since you’re reading this). Now there are many things you can say to trolls. This week when Sania Mirza reacted in shock to the brutal rape and murder of 8-year-old Asifa Bano in Kathua, she was only one among millions of others feeling ‘sick to the stomach’. But some troll on a whataboutery trip told her that she was no longer Indian and had ‘married into Pakistan’ and should contain her critiques for terrorists in Pakistan. Of course Mirza thulped him. 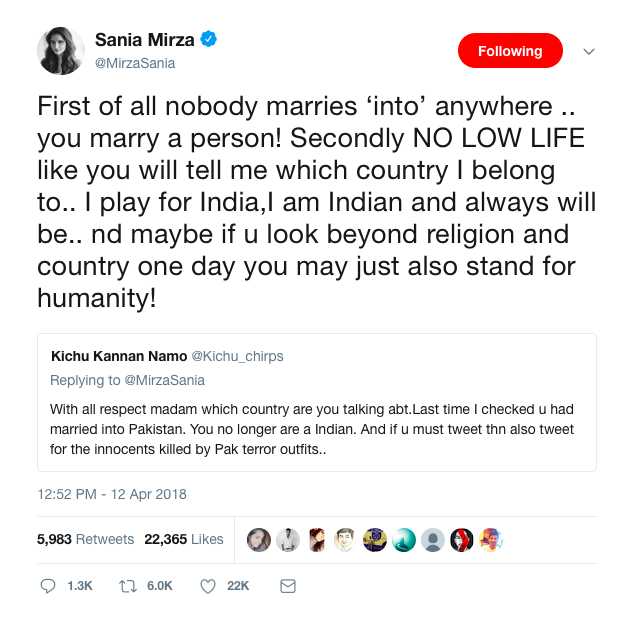 You could take a leaf out of Mirza’s book and execute a clapback. Or you could lean all the way luxuriously into the insult, which is generally our favourite thing to do. When someone calls you a dirty commie, just tell them that communists have better sex, the premise of this delightful German film which you can stream right here.

Now communists may have better sex but in China, feminists are really annoyed by the government taking away their jollies. The day after International Women’s Day, Feminist Voices, China’s most influential feminist media since 2009, was banned for ‘distributing sensitive content’ aka an anti-sexual harassment campaign. It’s widely believed that Weibo, the Twitter-like company that hosted Feminist Voices, did it at the behest of the Chinese sarkar. The archives too have been deleted sending readers and writers of the site into mourning.  One group of Chinese feminists paid a particularly sharp tribute with what they called a graveyard disco party. 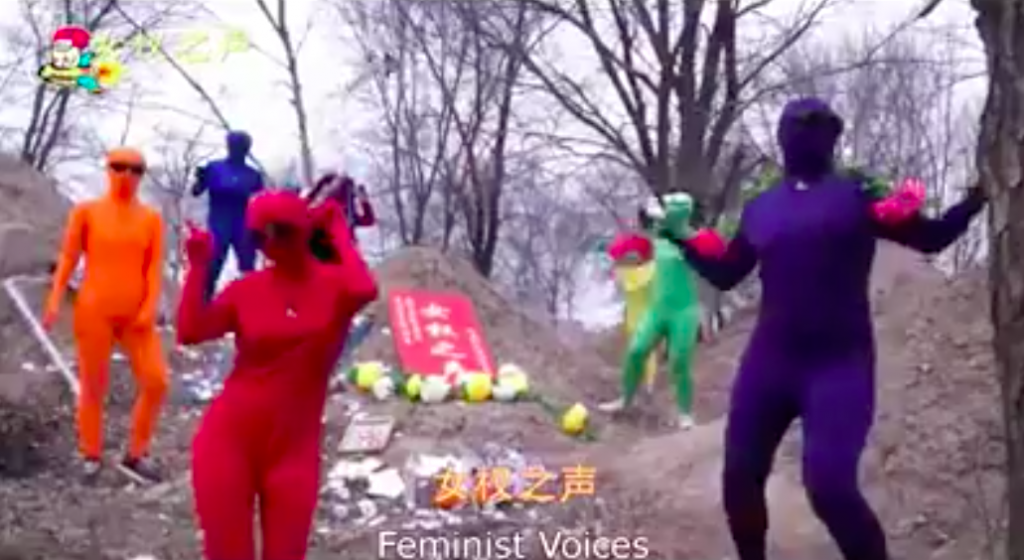 Telugu actor Sri Reddy also staged a complicated protest this week that confused some people but made a powerful point. Protesting the rampant casting couch in the Telugu film industry, she stripped naked outside the headquarters of the Movie Artistes Association (MAA, surely a close relative of the Kerala film industry’s AMMA). As writer Sharanya Manivannan points out in the Indian Express, Sri Reddy (who unfortunately also made some decidedly casteist statements around the issue) was temporarily banned from MAA (for the nudity, not the casteism). She has now been hastily reinstated after the NHRC threatened to intervene on her behalf. 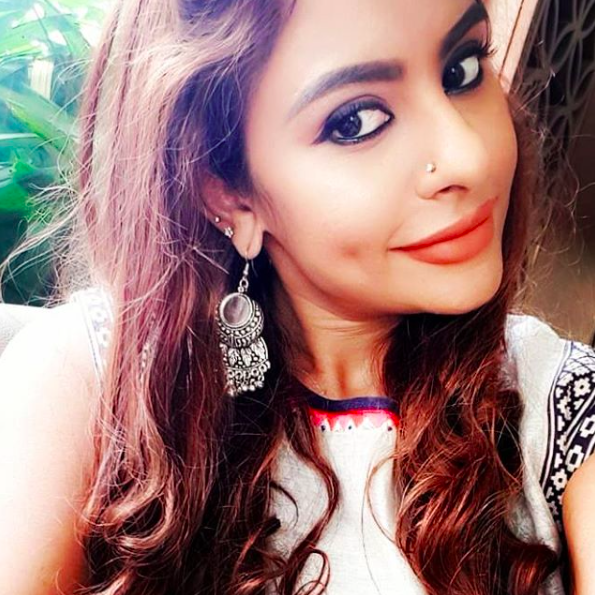 Sri Reddy also found a supporter in ace badminton player Jwala Gutta who ruminated on Instagram about an actor who said that her own experience had been beautiful in the industry and asserted she’d never experienced the casting couch. This prompted Gutta to ask if someone never experiences violence, does that mean that violence simply doesn’t exist?

Indian women athletes continued to show you what’s what off of Instagram too. Shooter Tejaswini Sawant “shattered” the CWG record on her way to claiming a gold in the women’s 50m rifle 3 positions event, leaving Anjum Moudgil to bag the silver. Wrestlers Pooja Dhanda and Divya Kakran bagged a silver and bronze each, Ankita Raina became the third Indian woman tennis player to break into the top 200 singles ranking, while race walker K T Irfan and triple jumper V Rakesh Babu were both sent home from the CWG in disgrace after breaking the strict no-needle rule.

In other news, halfway across the globe, Dr Priyamvada Gopal, a “reader” (means teacher not textbook) of English Literature at Cambridge University, had the unpleasant distinction of having her name dragged through the mud in the UK’s leading daily sheet of TP, the Daily Mail. She was called a “hate-filled bigot spewing racist bile” for taking strong public stances against actually racist white male academics in the UK, accompanied by calls for her to be removed from her post. She and her students say that nothing will successfully silence her (ahem least of all the dirty Daily Mail). 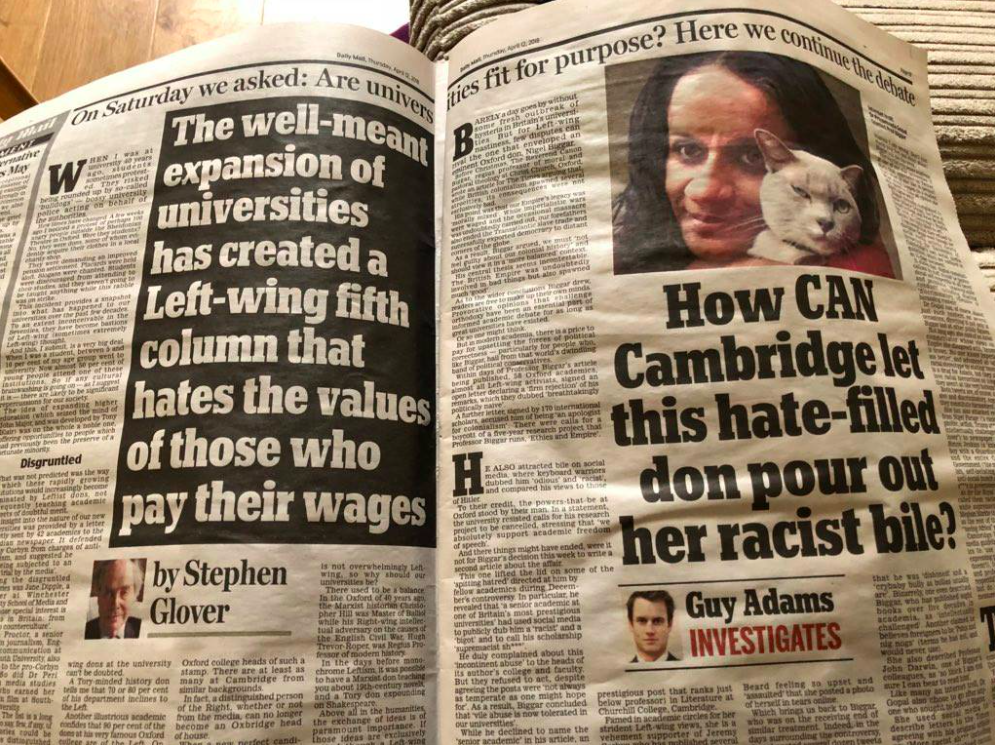 Over in Switzerland, literary scholar Sara Danius is facing an even more unfair predicament.  Danius is the first woman to permanently head the Swedish Academy, the body that awards the Nobel Prize for Literature. She has now stepped down after Jean Claude Arnaut, a leading cultural figure (married to poet Katarina Frostenson), was accused of sexual harassment by at least 18 different women. Danius reportedly stepped down in response to the hit that the Nobel Prize’s “image” took from these allegations. As The New York Times scathingly says in its headline, “[…] a man is accused of sexual misconduct. A woman takes the fall.” 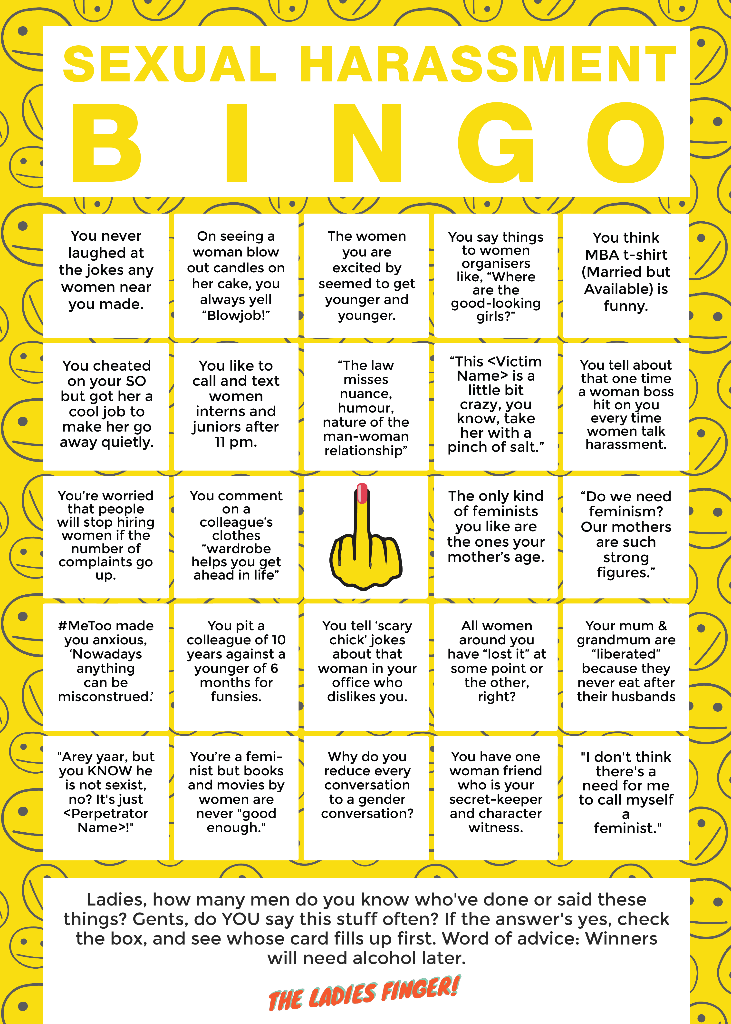 Still on the subject of women in literature, but on a much happier note, Mimi Mondal rang in Dalit History Month by becoming the first Indian woman to be nominated for the Hugo Award, a prestigious prize recognising achievements in Science Fiction and Fantasy writing, for her non-fiction collection of essays and letters, Luminescent Threads: Connections to Octavia E. Butler, addressed to the pioneer of Afrofuturism, Octavia E. Butler. In being nominated for a Hugo, she joins the ranks of JK Rowling, Ursula K. Le Guin and Isaac Asimov among many, many distinguished others. 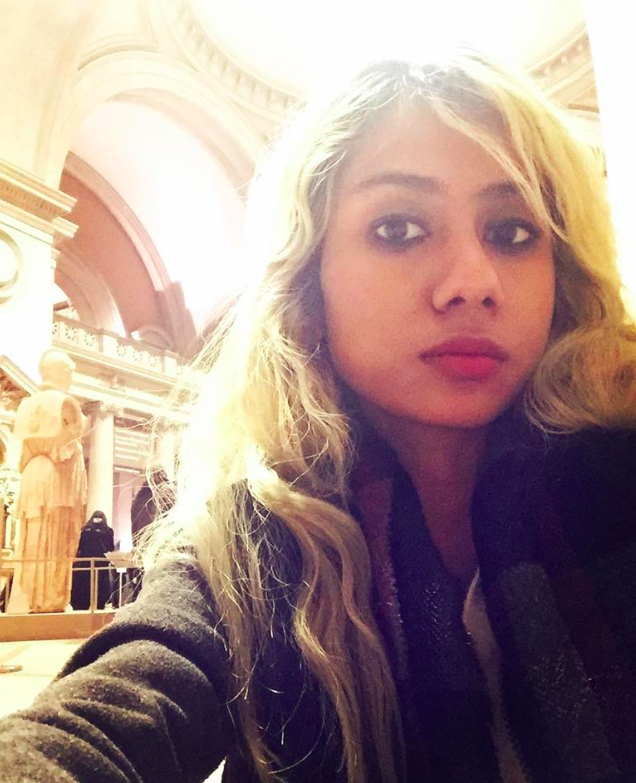 Don’t miss this awesome deep dive into the minds of librarians about the sticky, specific rules for lending books to your friends. Which reminds us of that Telugu MLA who was ready to lend a book to the government but on strictconditions.

Amar Sonar Bangla aka amar close neighbour Bangladesh made some long-overdue history and just smashed a rule that needed major smashing. In a case that began way back in 2013, the horrific Two Finger Test for rape victims, by which medical practitioners insert two fingers into the vagina of a rape victim to ascertain if she has been raped, has now finally been decreed totally illegal.

Talking about law-breaking and bad behaviour, have you been worrying about whether Facebook is doing dirty things with your data? Mozilla created what they are calling a Facebook privacy container plugin, which will make it significantly harder for FB to track you on other websites using third-party cookies. Maane, making lists of whatever you looked on that clothing site and then following you around like a stalker with the ads.

Not that this plug-in could have prevented the Cambridge Analytica scandal or anything. So we can only enjoy the endless meme-ability of the image of Mark Zuckerberg sitting in the US Congress being grilled (too, too mildly) about his company’s malpractice. 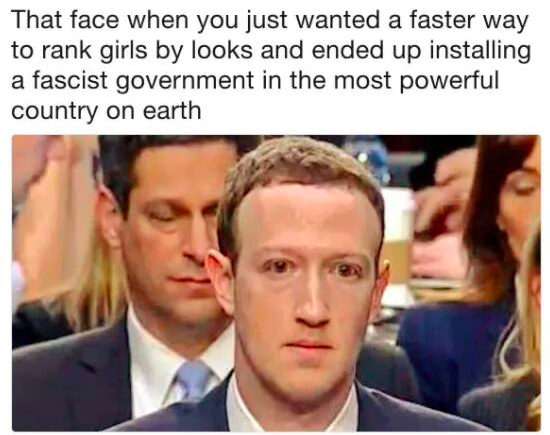 And as this Saturday fades and you read this adorable little post about waking up from surgery (‘Let the patient sleep. But no, it’s like the Rajdhani. Just when you are cozy, and the blanket is over your head, they start waking you up.’), wonder whether you should work up the energy to wash your face/try on a mask/moisturise you might want to read this wonderful essay on aging through the frame of the obsessive new skincare regimens in America. As the author Chelsea G Summers writes, “It’s a fucking fascinating thing to be a middle-aged woman writer witnessing this hot-and-cold-running cultural commentary on skincare written by young women.”

On the other hand you can stay in bed and read this list of 8 feminist ways to love your body. One of which is cuddle your puppy so you know you are gonna love the rest. 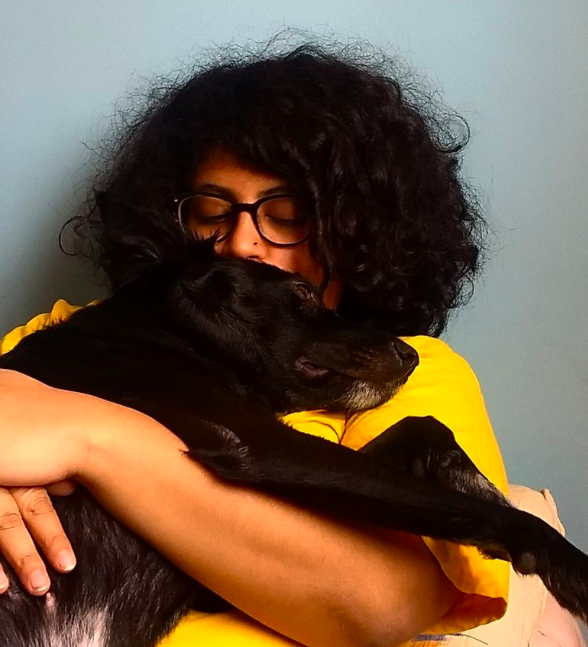 And finally, Janelle Monae made a big leap from where we left her temporarily last year, when she said that people have to start respecting vaginas, and that women should withhold sex “until every man is fighting for our rights”. Don’t worry, she has left her heterosexual-abstinence-themed activist model behind in 2017, and had us all enthralled with the brand new queer-feminist explosion of a music video, Pynk, that naturally features every shade of pink you can imagine and also, vulva pants. 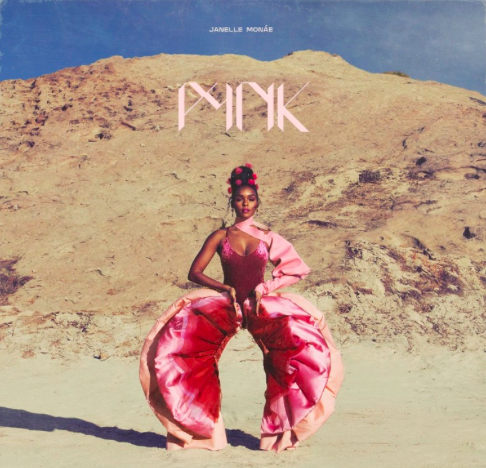 And on that glorious note of vulva pants, goodbye and see you next Saturday.