Want to figure out stuff about work, love, life? Send in your questions to fingerzine [AT] gmail [DOT] com.

I don’t like touching people’s feet, but as a married woman, I’m often expected to do this at functions and large family gatherings. How do I deal with these expectations? How can I let people know that I don’t want to do it (especially folks from the in-laws’ side, who are likely to take offence)? I feel it goes against a person’s humanity to have them touch people’s feet and there are many other ways of showing one’s love and respect. Thanks, 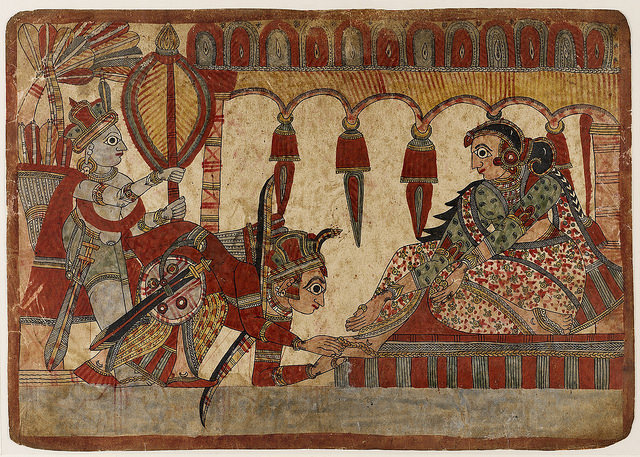 I often wonder why people get married.

Or at least some kinds of people.

And there we are, heading to weddings, some of them our own. Sometimes we just like the Yashraj-Dharma spectacle of it all and say we’re being ironic as we prepare our choreographed dances for sangeets. Sometimes we say we don’t believe in rituals, then we go sign a register in a crowded registrar’s office in some whitewashed colonial building, with our best friends as witnesses.

Anyway, I am all for fanfare and fun and spectacle and you know what, even ritual. So it’s not that I’m being down on the wedding party, a tradition that provides us so much fun, food, community and gossip, that it’s worth preserving. Also there’s the good clothes and matching shoes, not something to sniff at.

But I mean, the other stuff. Like marriage per se. Legally, socially sanctioned co-habitation. How come so many people – yourself included – choose to get married, rather than simply live together, set up home and work out some legalities to ensure injustice doesn’t follow from a break-up?

Many people I’ve spoken to, say it’s just different after you get married. They can’t quite explain how, but a sense of security enters the relationship. Marriage somehow takes the uncertainty about the future away from people’s minds. In that sense, marriage is a ritual of commitment. An exhibition of the idea that two people can now join their emotions, finances, laundry, bad breath and bodily fluids for the long term without holding back.

We all know, in reality, that this is only a ritual. Yet, we choose it, not only to make family members happy but because managing the uncertainty of the future is something we don’t feel able to deal with., often. We know that marriage, while a demonstration of commitment, is not a guarantee of it, right?

One of the reasons we do it is also because, even as we move towards a different emotional culture than the ones our parents lived in, even as we alter the meanings of family, friendship, love, romance, togetherness and autonomy, we can’t shake off the conditioning and emotional expectations we grew up with.

And frankly, being married, being coupled up is one of the big ones we find hard to shake off.

You, for instance, have chosen it. I don’t mean this as an accusation in the least. And it’s possible that were we sitting across from each other you’d say that you are changing the meaning of marriage in the way that you and your partner etch out a life together. That, while marriage is a patriarchal institution and so on, you are changing the system from within, with a new equation, new rules, new behaviour.

So, not touching feet, is part of that enterprise then. That we may be married, but we are not going to be ‘bahus’ – women who are seen as fulfilling a very particular gendered domestic role. Your marriage, you might say, does not automatically carry more traditional connotations.

But, one could argue, when it is only a ritual which does not carry all the meanings of servitude and hierarchy implied – if you don’t have to meet these elders every single day – why not just do it? Why not change it’s meaning? Why can’t touching the feet of elders be a sign of affection, and respect, like a warm hug. After all, everyone does not like a warm hug. A warm hug is as much a ritual of our contemporary lives as foot-touching in another context, maybe? If it makes them happy, what’s the big deal?

You can simply do a warm hug instead of a foot touch everytime the occasion arises and see what happens. Some relatives might get the message and be quite okay with it. Some may sniff at what they see as brazen upstartishness and no regard for niceties. Well, you’ll have to bear being disliked.

Often, in families, those who openly break with norms do have to take everything from affectionate ribbing to mean coldness to unending unspoken pressure. If you really believe that touching feet is something you’d find wrong and dil-hai-ki-manta nahin, then don’t do it.

Often in families, when you keep holding out long enough, most people get used to you and you receive a range of responses from affection and admiration to a wistful comment on your non-conformity to an undercurrent of hurt or disapproval. Them’s the breaks.

To get something you must give something. As we do not want people to enforce their ways on us, we can scarcely insist they like what we believe in. Co-existing with that difference, while good-looking as a diversity inflected phrase, is, in reality a messy matter in which both sides may some times fall short of elegance and kindness but c’est la vie, change don’t come easy.

Image credit: Abhimanyu Greets his Mother by Touching her Feet, Scene from the Story of the Marriage of Abhimanyu and Vatsala, Folio from a Mahabharata ((War of the) Great Bharatas) LACMA M.82.225.3a  by Ashley Van Haeften
via Flickr/CC by 2.0.

17 Responses to “Ask the Billi: I Don’t Want To Touch My New Relatives’ Feet”