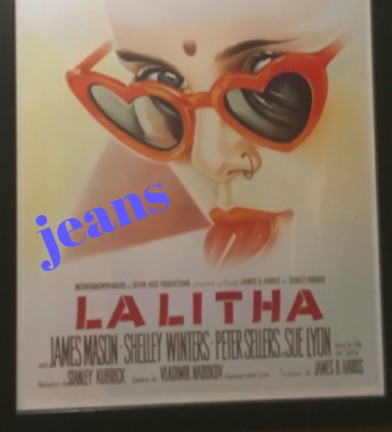 Greetings Saturday Saathiya! Maddham maddham might be your geeli hansi but you are not jealous that we have a really big thing for The Serena. This week she defeated Australia’s 17th seed Ashleigh Barty to reach the third round of the French Open. Of course, there were lots more eyes on her than usual because this is Williams’ first Grand Slam since you know that time she won one while pregnant. (Yes, we follow baby Olympia on Instagram and if you have a beating heart you would too.) Trust Serena to take this moment to go revolutionary and wear a completely awesome Wakanda-inspired black bodysuit. To know how radical this is for the super conservative tennis scene (where there is no fathomable reason women players have to wear skirts!) read more. #SerenaForever

Speaking of women in super conservative scenes, hmm. The results of the Lok Sabha by-elections in Kairana provided some great results in the form of Tabassum Hasan of the Rashtriya Lok Dal becoming the only Muslim woman MP in Uttar Pradesh! This is great news not just for Tabassum Hasan, Muslim women or opponents of the BJP, but also for all residents of Kairana: As this report in The Print tells us, a study by the UN University shows that “women legislators in India raise economic performance in their constituencies by about 1.8 percentage points per year more than male legislators.”

So one of the biggest pieces of news is, of course, from the Republic of Ireland that has voted overwhelmingly in a referendum to overturn the country’s abortion ban. 66.4% voted in favour of the repeal and the results witnessed plenty of women cheering and in tears at the revolution.

But something strange seems to be happening in Ireland’s neighbouring country, the UK. This week, Laura Freeman, writingin the Evening Standard, asserted that supermarkets, perhaps the unofficial emblem of capitalism, were a feminist right. The rationale seemed to be that they were less time-consuming than going to several different small stores. Except convenience is an undeniable characteristic of supermarkets that seems too blatant and obvious to be inspiring any adults to wax eloquent about them in 2018, and certainly doesn’t make them a feminist right. And then feminist academician and author Germaine Greer, who has previously saidmany objectionable things about trans-women, decided that this was the week to announcethat she believes that the punishment for rape should be reduced to community service, and that rape is more often than not just bad sex, and usually non-violent. And if that isn’t bizarre enough, author Jilly Cooper also chose this same week to expressher sympathy for married men, who, according to her, are so petrified of women that they were now being driven into “gay affairs”.

Of course, Cooper could always come hang out with Andhra Pradesh Women Commission Chairperson Nannapaneni Rajakumari, who recently told reporters that she has a lot of sympathy for men, and believes that men should have a commission of their own too. This is quite a remarkable turnaround from her statementsa few days earlier, where she encouraged women to carry knives around to bobbitise men who sexually harass them. We wish she would, instead, divert some of her energies towards Telugu actor Sri Reddy, who claims that her life is in danger after she complained about sexual harassment at the hands of a producer’s son, and also stated that the Women’s Commission of her state has failed to help her thus far.

Speaking of fails, did you hear Maneka Gandhi’s harsh takeon www.dowrycalculator.com? It’s a website we’re pretty sure was meant to be a totally satirical tool to calculate how much dowry a man should receive. This week, Gandhi requested Information Technology Minister Ravi Shankar Prasad to blockthe website, and also “take action” against the website’s owner.

But on another note, here’s a photo from Pakistan that will make your jaw drop, via lawyer and activist Nighat Dad making an appearance for the second consecutive week in Jeans.

Dad says, “The video of this man went viral while beating shit out of her daughter, Strategic Reform Unit of CM Punjab took notice of video and coordinated with Punjab police AIG gender crime who worked with RPO to ensure arrest. He was arrested and on direction of SRU, female police officers were deputed to take him to court. What can be more powerful than this picture? Speaks a lot about the power of social media and our online spaces. Reclaim these spaces as much as you can!

Also from Pakistan is the news that the Sindh Assembly has just passed a law allowing Hindu widows to remarry (if 6 months have lapsed after their husbands’ deaths). This is the kind of news that is good but so overdue that you can only hope there is a suitable word for your feelings in the Dictionary of Obscure Sorrows. WARNING. Do not click this last link if you have any plans for the rest of your morning.

Recently San Francisco’s Legion of Honor Museum invitedexperts to its Casanova exhibit to talk about new ways of dealing with work by abusive artists. Of course one of the events included the Raghubir Singh retrospective at a New York museum, which was protested by artist Jaishri Abichandani who says he harassed herwhen she was his assistant. Can’t say we got any sense of any radical solutions of having emerged from the museum’s discussion but hey, got to start somewhere. Look at how #MuteRKelley, the grass-root movement created by Kenyette Barnes and Oronike Odeleye to prevent the rap star from abusing more women, has finally taken off.

And while we ruminate on the nature of art and abuse, the Taiwanese NGO Garden of Hope Foundationdecided to go one better. On their 30th aniversary the organisation that runs women’s shelters, post-crisis support programs, & advocacy campaigns for gender equality  made a wedding dress made of origami hearts made out of domestic violence protection orders.

The violence around women’s choices never seems to end. This week brought the tragic news of the abduction and murder of newly wed Dalit Christian man Kevin Joseph by his wife Neenu’s Christian-Muslim family in Kerala. The sequence of horrifying events included Neenu being shooed away by the police claiming to be busy with the Chief Minister and two policemen actively aiding the murder.

This LitHub essay/interviewwith Sujata Gidla, author of Ants Among Elephants, becomes even more relevant in this context. An excerpt, “However, as Gidla’s memoir reveals, caste is not limited to the Hindu religion in India—it’s cultural. “People think caste is Hinduism, but caste is actually a social institution like racism in the U.S. Gidla belongs to a sect of Christianity that is also untouchable. Growing up, she believed that she was untouchable because of her religion, but when she went to university, she met other Christians who belonged to a higher caste. They were not untouchables. That sowed the seeds of her current journey into her mind: All the questions that she had swallowed growing up, the ones she couldn’t articulate, they came back as a single, larger question to which she had to find the answer: How do people become untouchable?”

“In the late 1800s, when the first missionaries came to India, many untouchable Hindus—like Gidla’s ancestors—converted to Christianity in the hopes of escaping the fate of being untouchables in their society. It didn’t help. Their untouchability was a mountain that they carried on their backs wherever they went—across states, across religion, across lifetimes.”

And finally, if you’re feeling a bit poetic this Saturday, why not figure out what poetry collection is meant for you. Are you a social media addict, an outdoorsy type, class clown, minimalist, or a good witch who still happens to be an Emily Dickinson stan? This list from Lithub has got you covered.

Recommended reads for your weekend

💥  The Real Thing by Paromita Vohra in Mumbai Mirror. Why is the ‘real relationship’ higher on the relationship hierarchy? .

💥  Brutality is common in video games, but not sexual violence. Why?  in Aeon.