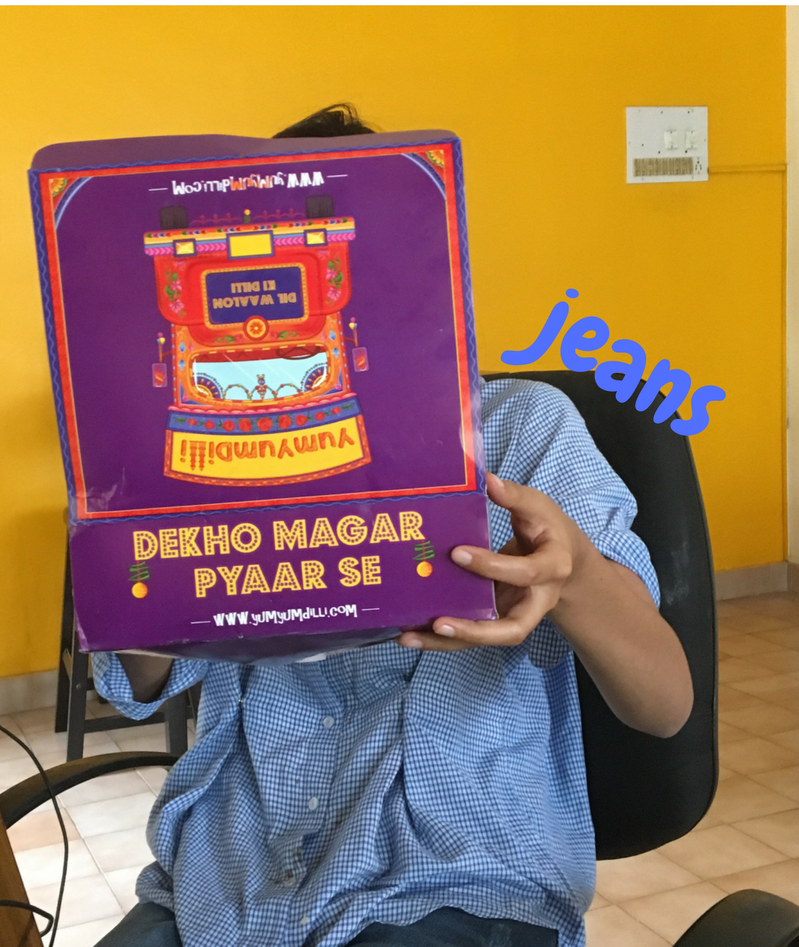 You know what stormed through our hearts and minds this week was this fabulous essay called The Stifling Air of Rigid Radicalism. Our favourite lines are these “But since one can only have good politics in comparison to someone else who lacks them, rigid radicalism tends towards constant comparison and measuring. Often the best way to avoid humiliation for lacking good politics is to find others lacking in militancy, radicalism, anti-oppression, or some other ideal.” You should read the whole thing, you will find yourself nodding madly like a thalayati bommai.

South Korean feminists know all about social media toxicity, and how. Apparently, South Korean gamers have spent the last two years diligently combing through the social media handles of gamers in order to detect any tiny hints of feminist ideology. So this week, reports surface that they actually doxed a woman working at IMC Games because she liked a few feminist posts and retweeted one that contained the word hannam, which means “disgusting men”. This prompted the organisation to put out a notice saying she was mistaken in using this word, and that the company would take every measure to make sure such a thing wouldn’t happen again, and also to “educate” its employees henceforth. But who will educate these hannams?

Abhi perhaps you are thinking what is the need to go all the way to Korea for crapstorms raining down on women. This week senior journalist and cartoonist Swathi Vadlamudi posted this brilliant cartoon. Promptly came the right-wing threats, the police complaints and venom. The historian Audrey Truschke mused online that this thin-skinnedness is new given what the Ramayana itself tells us about Sita’s criticism of Ram and Lakshman. 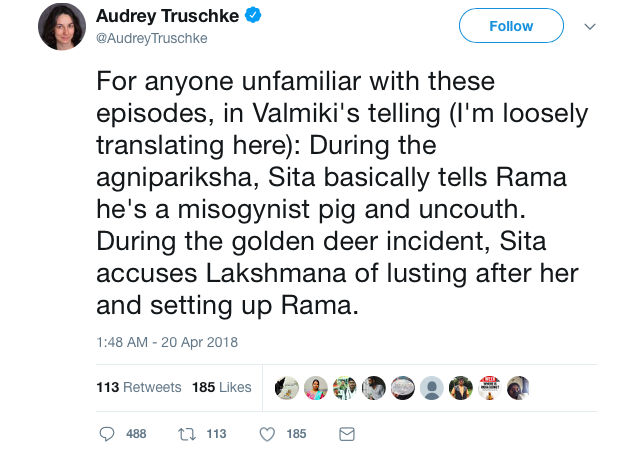 Last we checked, Truschke has responded calmly citing sources. Now we were a little baffled because that whole thing of an angry Sita accusing Lakshman of wanting Ram to die so that he can have her, isn’t that common knowledge? Everyone from Quora to the scholar Devdutt Pattanaik to the most common translations remark on this uncontroversially. But in Twitter rage every pai counts. 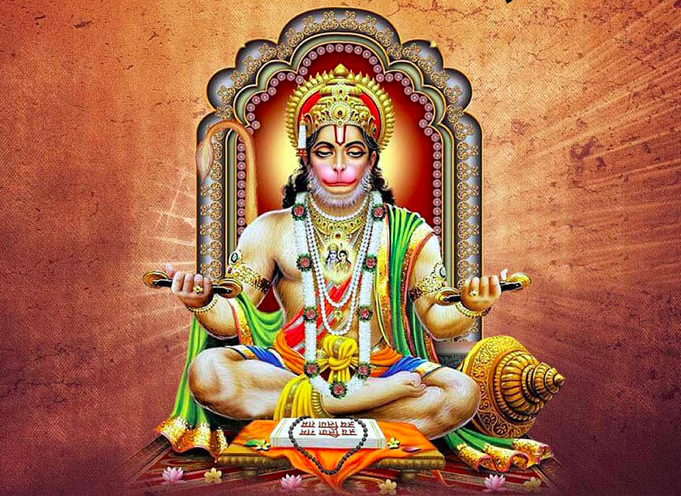 While we are still in the Mythology department, we’ve just heard that the feminist academic and professor J Devika has begun a crusade against the Angry Hanuman. Designed by Bangalore-based Karan Acharya in 2015, the angry Hanuman poster has become a common sight on the backs of cars and auto rickshaws, and J Devika isn’t having any of it anymore. Speaking on Asianet News, she said that she was boycotting signs of militant, hypermasculinist Hindutva, and didn’t want to patronise anyone who espouses its symbols.

Unlike Karan Acharya’s designs, here’s something we can think of getting behind. New York-based ad agency Y&R, in collaboration with (also New York-based) Women of Sex Tech came together to create The Feminist Letters, a typeface in which each letter represents some facet or experience that’s unique to women. Some of them are a bit essentialist (I mean, does B really have to stand for birth?), which is why we’re happy that closer to home, we have Kruttika Susarla’s feminist imagining of the numerals and alphabets: not a typeface, but great inspiration nonetheless.

By this point, perhaps all things internet is making you feel like this:

…and is convincing you that what you need to do is hang with some nice ladies IRL. So, come to our Leddis Night! Next weekend in Bangalore, we have an all-women line-up of comedy music and dance (with a special homage to Sridevi) for an all-women audience. If you are coming (come, come, come) then you can join all the rest of the ladies who have promised to come in Sridevi costumes (we have prizes). 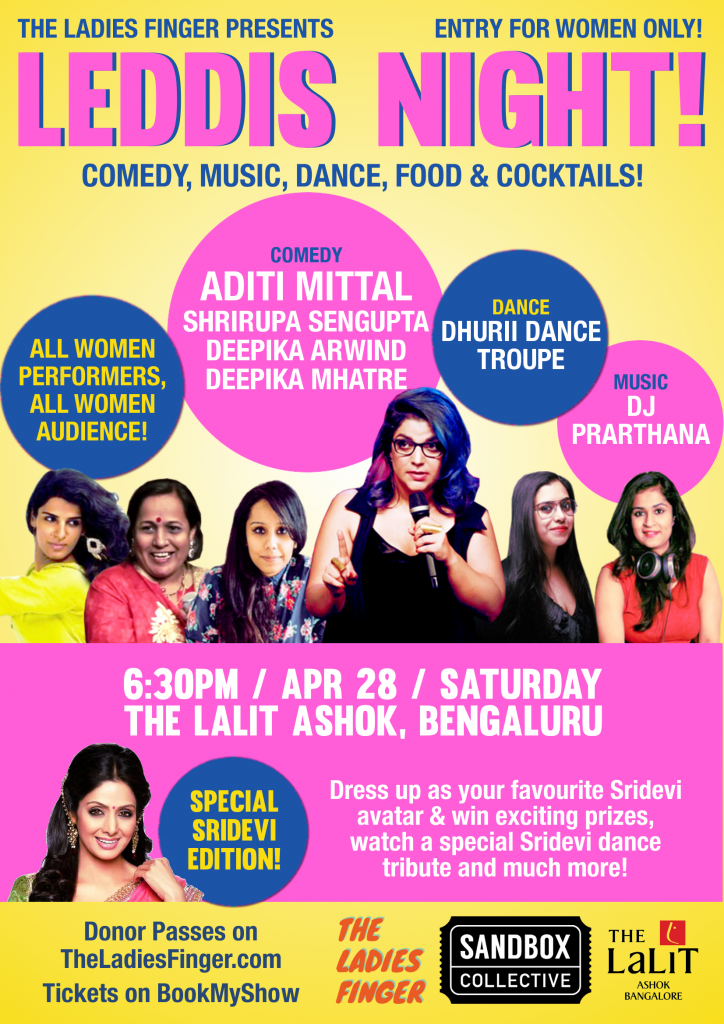 Someone who is certainly not invited to Leddis Night is apna Vice President Venkaiah Naidu who has just pronounced that India’s disrespect for women comes because of *cough cough* foreign rule. We really miss foreign hand as a politician’s catchall excuse. At least it was in the present and brought to mind shark-filled gifs.

Not that our bemusement and standing in street corners protesting Unnao and Kathua bothers the BJP which has unleashed this ad on the innocent peoples of Karnataka.

Also this week, the Delhi High Court, headed by Chief Justice Gita Mittal, decided to take suo-moto cognisance of the fact that media outlets used the name and likeness of the 8-year-old Kathua rape victim in their reportage. This is intriguing for a couple of reasons. Firstly, Gita Mittal was awarded a Nari Shakti Puraskar by the Modi government back in 2017, and unlike any other sitting judge, she accepted. Now bear with us. The reason why media outlets are banned from using the names of rape victims is to protect them from social repercussions: in the case of the Kathua victim, this is obviously moot. The Delhi HC’s action sounds more like an attempt to make sure that feminists and activists can’t organise effectively around this momentous case, or bring to light the clear political and communal overtones of the event and the reactions. Now who would be invested in such a plan? Surely not the party whose members openly supported the perpetrators of the Kathua gangrape because they were Hindu men accused of raping a Muslim child…

Meanwhile, star Supreme Court senior lawyer Indira Jaising (who on Independence Day in August 2017 disavowed her senior counsel robes), has been facing her own bit of trouble in court.

Jaising became the first Indian lawyer (who isn’t a politician) to be named in the Forbes list of the World’s 50 Greatest Leaders in the same week where she was found guilty of contempt of court for bringing to light lapses in the Court’s handling of the terrible Justice Loya murder case. She wistfully said on the judgement, “I stand by my submissions in court. I respect decisions of the Supreme Court more than they respect their own decisions.”

Across the border in Pakistan actor Meesha Shafi accused singer Ali Zafar of sexual harassment and has inspired several others to add their stories about Zafar’s misconduct with them. Meanwhile all manner of gents have jumped into offer their unsolicited two pais. It was Aman Ki Asha, yo, not A Man Ki Asha

See you next week feminichis everywhere. If you are a Korean anti-feminist who has sneaked in, let us confirm your worst fears for you. This is how we roll. 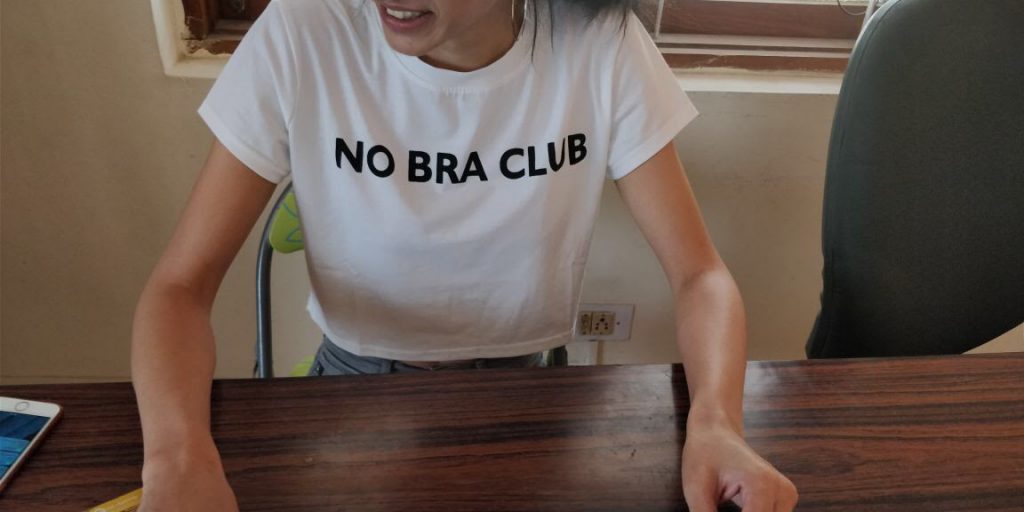