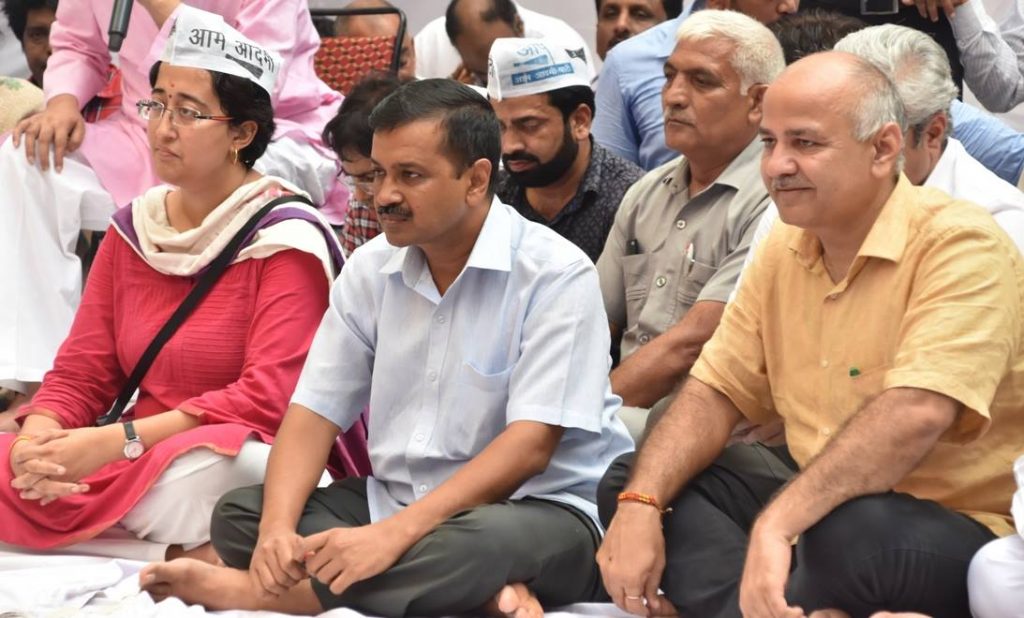 My friends and I like to retell a story about a well-known Bangalore feminist who passed away a few years ago. Two stories actually. One that when her husband brought home, over her objections, a friend with a reputation for being abusive to his wife, she left the house and sat on the footpath and told everyone who asked her why she was sitting there. The second one was when she got into a protracted argument with an auto driver who wouldn’t return her change. The auto-driver eventually snapped ‘soole’ at her. That’s whore in Kannada. She is supposed to have said, “naan soole irrbohdu aadre chilre vaapis kodu.” (I may be a whore but give me my change.) It is a line I have had many occasions to remember during this election season. Long before a comically villainous pamphlet against AAP’s East Delhi candidate Atishi started making the rounds this week.

When I attended a non-partisan meeting in December 2018 to promote the number of women candidates, politicians across board agreed on the deep misogyny and violence that is wreaked upon them as candidates and as working politicians. Back in December there was some hope that the parties would field more women that the pathetic handful they usually do. Months later, we see that only the Biju Janata Dal, Trinamool Congress and Naam Tamilar Katchi have made an true, admirable commitment to correcting the imbalance. Here are some numbers. Of the 8048 candidates running for elections we have 711 women. Women candidates are 8.8% this time marking a teeny 1.2% increase compared to 2014. And what fun it is to run for elections if you are a woman.

Political parties in India almost never give women the chance to rise through the ranks. The few women who do end up getting tickets are either well-connected or celebrities. The latter group of women politicians face a mandatory set of childish remarks about their clothing and what it implies. One dude says, “Smriti Irani sits beside Gadkari and talks about changing the Constitution. Let me tell you a thing about Smriti Irani. She wears a big bindi on her forehead and someone told me that when a woman changes her husbands frequently, the size of her bindi keeps growing.” What does this mean? One other fellow calls Priyanka Gandhi a skirt-wearing bai. What does this mean? Or read any line from the pamphlet about Atishi and ask yourself, does it really mean anything. The words in the end mean nothing, I would argue. From Urmila Matondkar’s rival calling her a bholi bhali ladki to someone else saying Jaya Pradha would make nights rangeen in Rampur, all these sentences convey is a blinding smirk and a cloud of befuddling contempt. The male politicians would like this cloud to make their women rivals and their voters feel small and useless. Most of all they would like women to believe that the idea of a woman running for elections, a woman winning, a woman proposing policy and change are all figments of our juvenile imagination, like wanting endless ice-cream.

To impose their preferred reality on women, male politicians have to ask the pointless time-wasting questions they specialise in. And when a candidate does not fit the type like Atishi or Mayawati or Mamata Banerjee, then their questions and allegations become even stranger. It would have been a simple matter for Gautam Gambhir, the BJP candidate and his party to simply deny and renounce the pamphlet yesterday for its ridiculous contents. Instead, Gambhir has sent Atishi a defamation notice while his fellow party members went on television last evening to say that they have seen Atishi eat beef and they would like to know where her husband is. Instead Gambhir tweeted to AAP’s Arvind Kejriwal and Atishi last evening: “I declare that if it’s proven that I did it, I will withdraw my candidature right now. If not, will u quit politics?” Calm down, sir, you are not in a 90s Tamil campus movie to be issuing challenges with your forefinger sticking out.

The AAP, whose Delhi school reforms is their one justly celebrated success, a success they credit to Atishi, have played their part in trying to make her fit only one kind of reality. Her surname Marlena has been ‘disappeared’ in case people think she is Christian. She appears with a teeka in case people think she isn’t an ‘upper’ caste Hindu. Why not provide her with a janeudari husband and a bowl of kachumber while they are at it, to fully erase who she is and the brilliant things she can do. All our male politicians defend themselves by saying they are pandering to the voters when all they are doing is pandering to themselves. The majority of our politicians would like to pretend that the voters do not include Muslims, do not include Christians, do not include Dalits and do not include women. And some of us who belong to one or more these categories are supposed to feel the sting of their contempt and quietly go home. Imagine a beef-eating, ‘lower’ caste woman daring to stand for elections or daring to want anything at all. Hence the establishment aka upper caste Hindu gents would like a reality in which it is comical for Hema Malini or Urmila Matondkar or Smriti Irani to enter politics and fully play along in the dumb charades of election campaigning but serious for Kamal Hasan or Rajinikanth to endlessly stroke their chins about politics. Hence Modi is serious but Mayawati is haha so funny. This is a version of ‘reality’ we must reject all day long, everyday until these men go home. Otherwise we will continue to have a life in which ‘Atishi taught in a primary school in a small village in Andhra Pradesh’ is part of a smear campaign. See then the power of a Mayawati asserting her reality by saying at a rally, “Chamari hoon, kunwari hoon, tumhari hoon.” I am a Chamar. I am single. I am yours.

Did Gautam Gambhir and the BJP circulate that pamphlet? Who knows. It really is a very silly document that looks like it was stitched together with all the fever dreams of WhatsApp. Do the assertions of the document closely skew to the misogyny of the BJP and many of our political parties? Oh, for sure. Should should we be feeling sorry for Atishi or Divya Spandana if a pamphlet about them includes magnificent sentences such as, ‘she is a prostitute. Think for once that if she wins you will have to go to a prostitute for help or some work.’ Are we supposed to cry and feel bad and wonder how she will ‘ever get over this’? Please.

If you step back from the heaving male bosoms of our politicians this ‘accusation’ really cannot treated as something that will swerve women from their work or their political destiny. Our voters include skirt-wearing bais, women married to Christians from AP, Christians from AP, bholi bhali ladkis, saas and bahus, beef-eaters, sex workers, unmarried women, women who are thankful that their husbands are far away in Delhi with political ambitions and women who can make nights rangeen in Rampur. We all vote. We all might stand for elections. And until then let us say aloud: I may be a whore but give me my political change.