On the evening of  January 27, I queued up with a couple of hundred people to be able to watch a conversation between Margaret Atwood – author, poet, badass, 76, and Patrick French, writer, biographer, historian.

I’ve long been a fan of Atwood’s ability to lace her stories with relevance and familiarity, despite their leap into speculation – its what makes her stories teeter on the brink of possibility. Out of the corner of your eye, beyond that horizon of the slow march of liberal possibility, you know that one tiny wrong move, one missed opportunity and you could end up in an Atwood Universe, growing organs in a farm or being enslaved merely because of your biology (surprise, surprise).

Some have argued that we’re already halfway to Atwoodland. If you want to check for yourself, take a sharp look at how women’s reproductive rights are sought to be curtailed, at the proliferation of exclusive gated communities, and at the progress made by genetic science. The worlds that Atwood has speculated are taking shape around us, in science journals, and sneering speeches of religious leaders and politicians. With the discovery of the CRISPR (a tool that allows scientists to precisely edit the genome), with increasing religious radicalisation and greater perceived persecution of the elites, Atwood’s work takes on urgent relevance today.

I’ve admired her writing for her incisive ability to see what’s ahead and talk about it using the cultural context that is relevant now. I’ve fangirled her for her views on women and indigenous people. I’ve followed her on Twitter for her politics and forthrightness. So when I learnt she’d be in Delhi, I joyously cleared my calendar, reached the venue on time, and furiously took notes as she responded wittily and with great humour to questions about her writing, motivations and politics.

Here are some of best bits from the evening:

When French asked Atwood where her security and confidence came from, she shot back, “old age – I’m too old to care.” Atwood mentioned that the worst period in a writer’s life is in the middle, when one is neither too young nor too old to care. “Especially if you’ve published a book or two, and you have enemies,” she said, “that part, that middle, is the toughest.” Her way of dealing with it was to keep writing, anyway. If one is afraid of being judged? “Publish under a pseudonym if you’re that worried. Don’t stop writing!”

When asked about the change in the political scene in Canada, Atwood talked about how Canada was cool again, “ I mean, you’ve got Trump on one side, and on our side…”. The audience escaped into fantasising about Justin Trudeau.

Returning to Justin Trudeau’s victory, Atwood said that the change in Canada was immediate, “You could feel it in the air. It was like Mordor had crumbled or something,” she breaks into a whisper, “Because he… you know, he’s like he-who-can’t-be-named, he lost.”

A particularly awful video interview which had been buried had recently been uploaded on the Internet, causing quite a bit of a stir for Atwood. On being asked about it, she shrugged, and said she’d rather talk about a more interesting video featuring her. “Google ‘Margaret Atwood goalie,’ she said, “I stop pucks, in an ice hockey setting. Don’t you think that’d be more fun to watch?” (It is!)

On Afghanistan, Women, and the Republicans of the United States

“I had one of those round the world tickets and I was trying to get to Australia,” Atwood said, and she picked to go via India and then Afghanistan because she wanted to see “why the British armies, and the Russians were getting wiped out. I went there and realised, one reason was the terrain.”

She said she had such an adventure: “My daughter was 18 months old! I’d write in the bathroom at night after she slept.”

French jumped in to ask if those experiences of hers, the travels, if they connect in anyway with her work on The Handmaid’s Tale (one of her most well-known works). Atwood shook her head. “People jump to that conclusion quickly” she said, “but that’s because they haven’t gone into the European/American treatment of women in the 19th century.” She paused for effect and uttered what I thought was the most electrifying line of the evening: “Nobody has a monopoly on the ill-treatment of women.”

She spoke about the American religious conservatism, and the Republican party’s eerie vision for a society governed by religious ideology, so similar to The Handmaid’s Tale. She mentioned how, during the last Presidential elections, they, the politicians, would “open their mouths and out came the book, but they hadn’t read it. It was astonishing.” These men, this kind of talk, it’s been around for a long time, and was the inspiration for The Handmaid’s Tale, she says – not really Afghanistan. “I heard it all around me and I wrote it down.”

“They’re sort of like twins,” says Atwood, but prefers her work being called speculative fiction rather than science fiction, She dwelt on the distinction between the possible (speculative) and the fantastic (science fiction), about that point of possibility, which interests her. She mentioned how the central plot in her works is very possible, relevant and on the brink of occurrence. 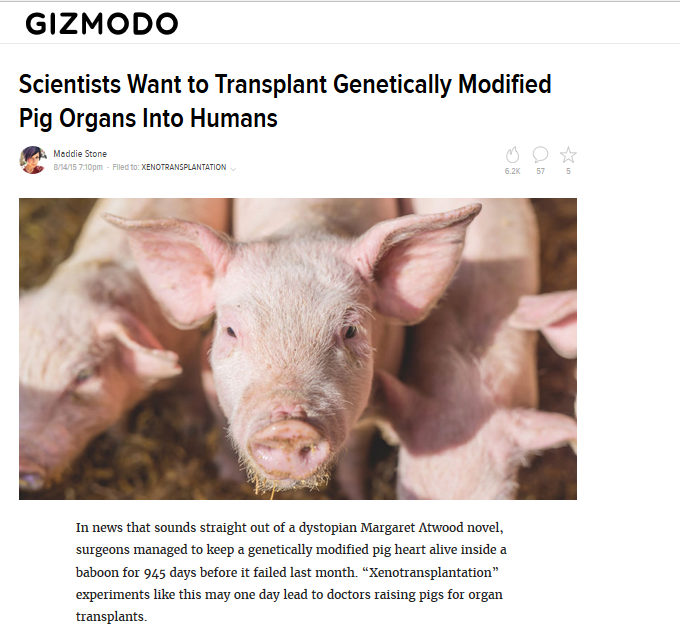 When French asked her about pigoons (hybrid genetically modified animal-characters from the book Oryx and Crake), she laughed, and said, yes, why not, “they’re working on them now.” Talking about how it is easier to think about growing organs for humans, though “organs grown on matrices will probably be more expensive than organs grown in pigs,” Atwood mentioned Kazuo Ishiguro’s book, Never Let me Go as another example of speculative fiction that explores issues of human biology. She further talked about how couples have had a second child where the first has an illness that requires biological material that can only be provided by a sibling, and ties this in with the themes she explores in her books – of biology, technology and what it means to be free.

Towards the end of the session, in response to a question, Atwood spoke at length about the Future Library project – the brainchild of Katie Peterson. One writer every year will contribute a text to the Project with the writings held in trust, unpublished, until 2114. As the first chosen author and the first contributor of a story to the Project, Atwood said she hoped the organisers would include more non-English authors and diverse storytellers to share their stories with the future. Her story, titled ‘Scribbler Moon’ was entrusted to the archives, and now waits for the future to catch up.

As the event ended (with a mad scramble to queue up for a book-signing session) the thought that Atwood (and I) may not be around when the Future Library Project unveiled its stories made me sad, and a little envious of future Atwood fangirls and boys.

In 2114, Atwood will still be making her presence felt in the world.

Sowmya Rao is a lawyer and public policy consultant working in Delhi. She enjoys reading science fiction, fantasy, and speculative fiction – especially of the dystopic kind. She is a self-certified Atwood fangirl. Find her on Twitter @sowmyarao.