I did not enjoy the Tobey Maguire Spider-Man (directed by Sam Raimi of Evil Dead fame) as much as I enjoyed watching the Andrew Garfield reboot. The reboot had more nerd-value than the Maguire one. It showed a different, spunkier Peter Parker as opposed to the former emo sulk. It had Andrew Garfield. It had Emma Stone. And unlike in most superhero movies, its rom-com director Marc Webb ((500) Days Of Summer) made brilliant use of 3D.

The second, in what is presumably a trilogy, surprised me by being a four-act plot as opposed to the standard three-act superhero formula (even if the second act was so weak that it could have been written by Rakesh Roshan). But all-in-all, it was a 3D blockbuster worth your money. Except for the smack-talk that Spidey ironically indulges in. That was terrible. 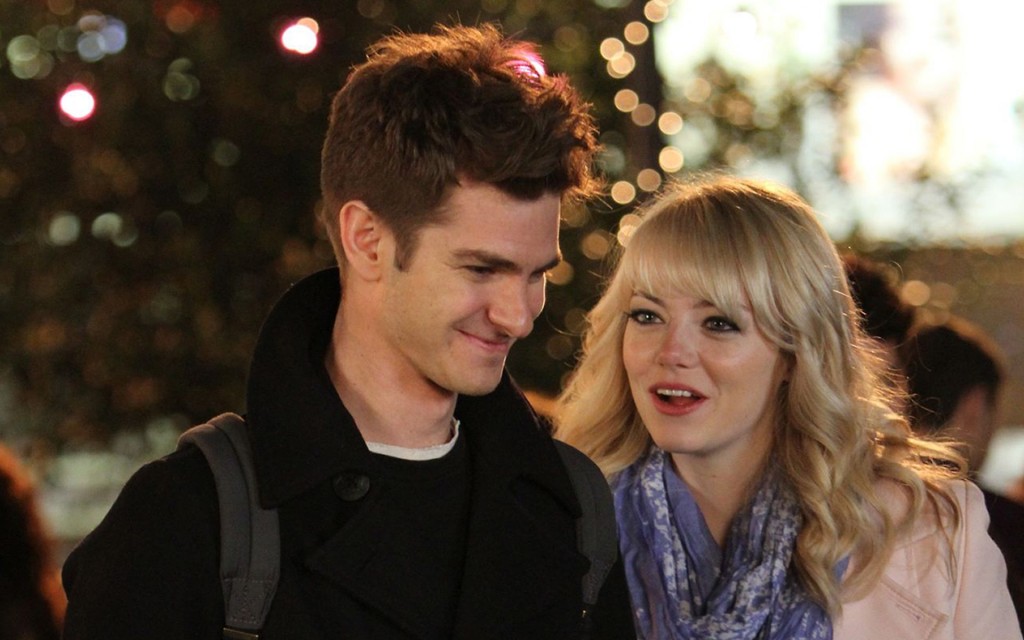 Coming to the women in the movie, there were two women characters – Gwen Stacy (Emma Stone), the love interest, and Aunt May (Sally Fields), the maternal figure. Just two. They don’t seem to have have any friends or any kind of interaction with other women. In fact, the entire first act, which seemed to have some rather obvious spaces for Spidey’s two main women to talk to each other, felt like someone had carefully arranged for them to not have a conversation.  Or maybe it was just my expectation (that the movie would pass the test) that made me see that as a gaping hole.

The movie was so devoid of women characters that Marvel decided to intervene by invoking Jennifer Lawrence, cool girl extraordinaire, in a post-credits sequence, using a clip of her as Mystique from the upcoming X-Men movie, in which she announces that she has parted ways with Erik Lehnsherr (Michael Fassbender), to lead her own team of mutants. (She had left her childhood best friend Charles Xavier in the previous X-Men movie. Traditionally, Mystique has always been second-in-command to one of those two.)

While The Amazing Spider-Man 2 fails the Bechdel Test, Gwen Stacy and Aunt May are written as strong women characters, with their own motivations, strengths and weaknesses. Aunt May is a a nurse, shown in full professional action when things are going awry (she also takes her role as a caregiver to Peter more seriously than Peter is comfortable with). And Gwen Stacy is a scientist, shown to be smarter than Peter. Her character is actually responsible for a crucial battle-winning development in Spidey’s technology. She also makes her own decisions when it comes to risking her career, her heart and her life, as if to say, “So what if I’m not a superhero like you are? I still have an equal right to risk my life to save the city from a baddie who is clearly overpowering you.”

In Gwen’s interactions with Peter, you keep noticing this trend of her stepping up and smacking some sense into him. In their relationship, Peter is not just the superhero who wants to protect her, but also the one who inflicts his emotional issues of being a superhero on her. And she gives it right back to him – there’s a moment when she asks him to deal with his guilt about breaking a promise to her dying father (from the first movie), and she tells him that it is her choice to be a relationship or not with someone, not her father’s. In these moment, it feels like the Emma Stone-Andrew Garfield ship has spilled into the script.

Judging by the growing women-friendliness of the franchise after the first and the second movies, perhaps there’s more than just Mary Jane’s arrival to look forward to in the third one.

As a Rape Survivor I Absolutely Love the Superhero Jessica Jones TV Show. Who’d Have Guessed?