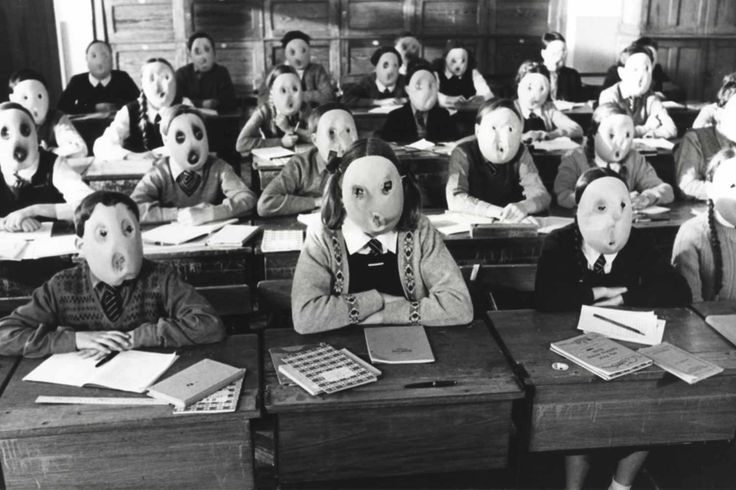 Competitive exam result season is upon us now and every student feels like their results could mean the end of the world. Students across disciplines face immense pressure to perform in exams, and intensive exam coaching centres can be uniquely horrible spaces for young students and their mental and physical health. While results rain down upon us, check out this personal account of feeling trapped in an Andhra Pradesh coaching centre.

Kriti Tripathi, a 17-year-old girl in Kota killed herself on April 28, a day after the JEE Mains results were declared. She had passed.

Kriti left a five-page, heart-breaking suicide note bursting with character, youthful wisdom and great kindness — alongside her misery from being forced to work towards getting into IIT. In its very last paragraph of her hand-written note, she writes to the government asking them to do something about these coaching institutes because ‘they suck.’ So much in this letter is so familiar. I also spent my childhood being coached against my wishes for an engineering entrance exam.

In her letter, Kriti Tripathi also talks about all the things she would have liked to do instead of being trapped in the IIT treadmill. She writes about how she tried to convince her mother that she was interested in astrophysics and quantum physics. It reminds me of my own conversation with my parents 9 years back when I told them I wanted to study law or English literature. They said that I’d end up ruining my life and that I was too young to know what I was talking about. They said Arts was for people who weren’t smart enough to get into Science. For lazy aimless people. As opposed to the kids who studied Science because their lives were full of purpose. The single purpose of cracking entrance tests.

I went to Sri Chaitanya Junior College, one of the two biggest coaching institutes in Andhra Pradesh/Telangana. They have branches all over Hyderabad, Vijayawada, Vishakhapatnam and other towns. People come from as far as Punjab and Meghalaya to these coaching centers. The entrances to these coaching centers are usually plastered with photos of toppers from the previous year with their name and rank under their faces.

For two years when other people our age went to a regular college, we went to a coaching class. We had coaching classes Monday to Saturday from 7 AM to 6 PM (Sundays were either half-days or extra-test days) interspersed with study hours, with daily homework in case you tried to waste your evenings playing a sport or pursuing a hobby or something as pointless. The AP Board of Intermediate Education usually recycles questions from the previous years, so our lecturers told us all we needed to do was master the last 10 years’ question papers for the board exams. We had French/Sanskrit classes once a week. We never had English classes. None of these institutes have a ground or room for you to breathe in.

At the end of our first year I scored the highest marks in the state along with a few other students.

Suddenly my face was on posters outside college. Every now and then I ran into boys from my college boys who lived in my neighborhood. They’d scream ‘Oy! State Topper!’ making me cringe in embarrassment. They’d whistle and mock me, making me really wary and self-conscious about walking around in my locality. A few years later, one of those guys (who were in section 8, towards the bottom of our evil totem pole) told me that a bunch of them had hated me because the lecturers would constantly mention my name to the point that it became really annoying.

After getting the state rank, there was added pressure to do well in the second year. Every time I came second or third in a weekly test my parents and teachers would give me looks of disappointment, sometimes followed by deep analyses by my lecturers of the problems I had gotten wrong while nodding their heads side to side and muttering words of disapproval. My father would simply stop talking to me in weeks that I got the second or third rank.

I couldn’t tell any of my friends that I felt inadequate with being second in class. We were in the Hunger Games after all. My friends in other sections would say I was being self-involved and silly if I brought it up.

As second year exams approached, everything came to a head. One morning I woke up and didn’t want to leave the house. My mind felt clouded, and the idea of going to college and doing problems in organic chemistry seemed beyond me. It felt like a headache without the pain. I couldn’t understand exactly what was wrong with me, but l didn’t feel capable of leaving the house, or even my bed. I told my parents I didn’t feel well. When this happened for a couple more days, they realized that I wasn’t really sick. They said I was being irresponsible, that it was just a few more months and it would lead to a good future that I was ruining by being lazy.

The prize of my state rank needed to be preserved. So when I was absent for a couple of days from the factory, my teachers came home with the question papers to tests I had missed. They made sure I was practicing problems and insisted that I go to college and take the upcoming test. Only years later did I understand that not wanting to get out of bed could have be a symptom of depression. Right then, I was convinced I was being lazy and irresponsible. I went to college the next week.

The noises in her head and the self-hatred Kriti talked about in her note sounds like symptoms of depression. Kriti wrote that she had a habit of keeping things to herself and that nobody knew what was going on inside her. But I wonder if people were even ready to listen if she had been ready to talk.

When I was 16 dragging myself to coaching class everyday (and I was at least going home every night) I had trouble even articulating my feelings. And when I did my parents and friends were dismissive. I was told to get over it and finish the next few months of coaching, after which I’d have nothing to worry about.

I had a math teacher who sat down and talked to me in an empty classroom the day I got back to college after my short break. He asked me what was bothering me and why I’d been avoiding classes. But he didn’t really listen. He told me the same thing my father had been telling me, just more gently. It took me a while to get back to the old routine. My friends finally realized something was really off and tried to be sensitive around me. I grudgingly got through that second year of coaching. I remember the sense of relief that I felt on finishing my last entrance test. It was an online exam and we got our results immediately.

I was happy with my marks. That is until my father called me to ask how I had done. He was disappointed that I had scored 30 marks less than my cousin. I wept. The two years of feeling inadequate and out of place in my own house made me decide to go to the farthest college from home that I could go to, irrespective of the program.

I went to engineering college in Goa. It was like getting out of an autoclave and landing on a breezy seashore, literally. I even liked some of my courses, but I still wanted to switch academic streams after graduating. My parents kept expecting me to get rid of my funny ideas of studying anything else. Every time I brought up applying to Linguistics or Women’s Studies courses after college, I’d be dismissed or ignored. For a long time, I resented them for not letting me decide what I wanted to study and they resented me for not realizing that they’d made the right choice for me.

Two years ago I graduated. I told my parents I wanted to intern at a rural development organization and apply to Women’s Studies courses a year later. They reluctantly let me go after many arguments about why it was a bad decision and how it’d affect my financial security. Every time I went home concerned relatives asked if I was still doing social service. I know they scolded my parents in my absence for allowing me to make bad choices – for not taking the job in the semi-conductor company that had recruited me on campus.

In her letter Kriti told her family to let her younger sister pursue other interests. In the last few years I’ve tried convincing my family to allow my younger cousin to study what he wanted to – political science. My relatives scoffed at me, and he was shipped off to a coaching center like the one I went to.

In the last year I’ve been teaching in a primary school. I’ve seen all the bad parenting decisions rooted in good intentions that my students’ parents make. I’ve seen them hit their kids for not doing their homework. I’ve seen them sending kids in Class 3 to tuition classes for three hours after school, leaving them no time to play. I’ve found myself yelling at my kids with their best interests in mind while they looked at me like I was putting them through hell. It’s made me a lot more empathetic towards my own parents. They too have grown to respect my choices.

In a year, I am hoping I get to do the course I could have done four years back if my parents hadn’t meddled in my academic choices. I am hoping to find the kind of job I want. And I wonder what could’ve been different in Kriti’s case so she could have also pursued astrophysics, nuclear physics, English, history or whatever else she wished to pursue, sooner or later. What it would have been like if her coaching centres had support systems that identified her symptoms of depression and responded to it. If she didn’t have to go to a coaching center in the first place. If she had the freedom to make her own choices.

A Kerala Congress MLA Repeatedly Harassed a Woman. Now, He Claims It’s a Criminal Conspiracy Against Him

5 Responses to “I Understand Why Kriti Tripathi Killed Herself. Five Years Ago I Was A Zombie in an Andhra Coaching Centre”