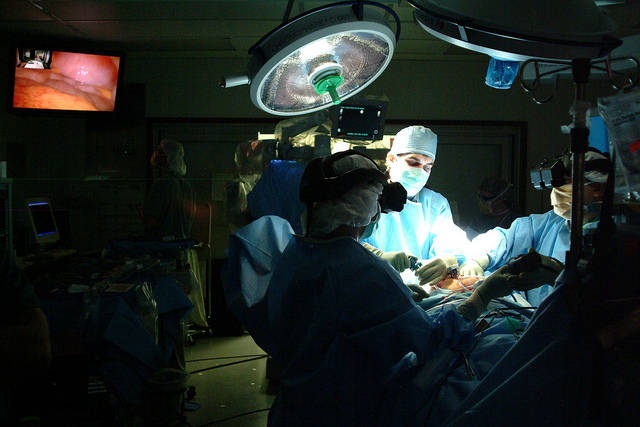 “I might say with a little exaggeration that nowadays one rarely sees a woman over the age of 35–40 years who still has her uterus. Doctors have converted patients into commodities. Today’s young general practitioners understand the process of commercialisation. They conduct camps and perform unindicated hysterectomies,” says Rajendra Malose, a general practitioner from Chandwad in the Nasik district, in an interview. Malose is one of the 78 doctors interviewed by Arun Gadre and Abhay Shukla for their book Dissenting Diagnosis.

The book calmly reveals the terrifying exploitation of patients in India by corrupt doctors prioritizing money over patient health, because of the corporatisation of the private medical sector and the influence of pharmaceutical companies. We wanted to know how these trends in the practice of medicine affect Indian women. Pretty seriously, as it turned out. Here are some of the alarming ways in which women are exploited by medical practitioners.

The book reports several cases of large-scale hysterectomy drives  in India, with private hospitals trying to make money from state-sponsored insurance schemes meant to cater to the medical needs of low-income groups.

This was seen in Andhra Pradesh under the Arogyasri scheme, and Chhattisgarh and Bihar, as part of the RSBY scheme. Following public outcry, hysterectomy was removed from the list of services given by private hospitals under the Arogyasri scheme in Andhra Pradesh, as mentioned in the book. Until then, doctors were recommending hysterectomies as if the uterus was an appendix.

Large-scale hysterectomies still continue in India, with doctors instilling the fear of cancer among women without proper clinical examination and tests. Gadre says that patients who visit doctors with complaints of additional vaginal discharge are told that they’re at risk of cancer, although it is a normal physiological phenomenon!

Should you keep your ovaries after a hysterectomy?

One of the writers of Dissenting Diagnosis, Arun Gadre, a gynecologist who ran his own practice in rural Maharashtra for twenty years before growing disillusioned with the private medical sector because of prevalent malpractice, says that there are no proper regulations on performing hysterectomies, and important and complex decisions such as whether the ovaries must be retained during a hysterectomy are taken by doctors with no guidelines.

On one side while women are being sterilized on a massive scale, on the other hand, they’re also being told to worry about their fertility way sooner than they need to. According to Gadre, medical textbooks say that investigations around fertility and treatment can be initiated only after attempting to conceive for at least one year and three months, but doctors have now started investigations and fertility treatments within three months of attempting to conceive.

Apart from standard treatment guidelines for procedures like hysterectomies, C-sections and fertility treatments, there’s also a need to have standardized treatments rates. “Rates for a normal delivery range from Rs 2,000 in a normal hospital to Rs 2.5 lakhs in big corporatised hospitals. Rates for basic clinical care should be standardised,” says the other author of the book Abhay Shukla, a public health physician who has worked on health issues with grassroots NGOs in Maharashtra for two decades, and is also a member of advisory bodies for the National Rural Health Mission and the National Human Rights Commission, besides being a national convener of Jan Swasthya Abhiyan.

The lack of guidelines for standardised rates also means that private clinics are free to exploit the anxieties and fear of public shaming of unmarried women looking for an abortion. According to Gadre, private clinics charge exorbitant rates to unmarried women for abortions, judging that single pregnant women will weigh a quick and secret abortion over looking for better rates.

Patients’ rights in private clinics are also not currently recognised, and are part of the impending Clinical Establishment (Registrations and Regulations) Act. According to one of the anecdotes in the book, a gynecologist refused to hand over the sonography report of a woman who wanted a second opinion, on being told by that gynecologist to get a stitch on her cervix.

“Right now, there is no clear mechanism to complain against a doctor if he or she withholds a patient’s reports. There is no operational legal mechanism yet. To some extent, these patients’ rights are included in the Clinical Establishments Act. If this is first implemented, it can be further expanded,” says Shukla. “There are no regulations on medical procedures like hysterectomies yet, but there is a charter of patient’s rights. If this draft is implemented, procedural guidelines can be added later.”

Shukla tells us that, “Federation of Obstetric and Gynaecological Societies of India (FOGSI) has developed standard treatment policies and guidelines for some procedures. And there are guidelines followed in other countries. But as of today there aren’t any legally binding guidelines in India.” These guidelines can be added to the existing ones in the Clinical Establishments Act, which was enacted in 2010 by Parliament.

According to Shukla, “The rules were promulgated in 2012. Now it’s been four and a half years. Since then, the standards are not finalized at the national level as the states are dragging their feet on it. Rajasthan, Uttar Pradesh, Bihar, Jharkhand and Assam have adopted the central Act, but because the standards haven’t been finalized, it hasn’t been implemented, and nothing has happened on ground. In Maharashtra, the government has neither adopted the national act nor its own state-level act. The draft has been ready for the past two years, but it hasn’t been enacted. There is lobbying from the private sector. There should be a public demand for its implementation.”

Shukla and Gadre believe that there must be pressure on behalf of civil society organizations and women’s groups, in order to counter lobbying and to actively demand regulation of medical procedures and treatments, in the absence of which doctors can continue to exploit patients’ rights.

Image Credit: Surgery by Army Medicine via Flickr/CC by 2.0