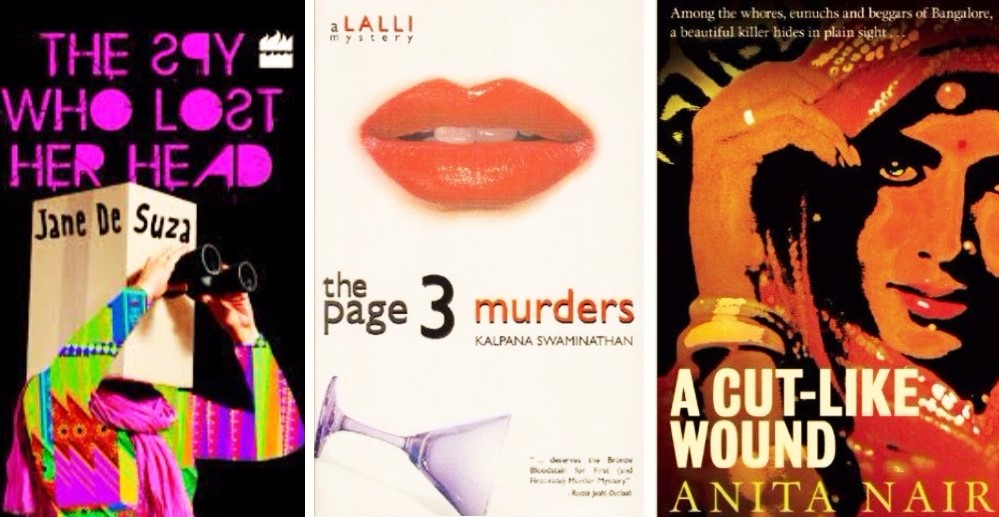 In 1933, the Tamil author Sudhandhira Sangu laid out some guidelines for successful pulp fiction. He said that a commercial novel would do well to begin with a murder, have a generous sprinkling of lovers and prostitutes (half a dozen at the minimum), not worry too much about the storyline and definitely avoid containing a social message if it wants to appeal to women. He was hell-bent on another rule too: “The title of the book should carry a woman’s name — and it should be a sexy one, like ‘Miss Leela Mohini’ or ‘Mosdhar Vallibai’.”

Eighty-three years later, the pulp and popular fiction scene has altered considerably. Much of the pulp of the ’60s and ’70s, according to Pritham K Chakravarthy, the translator of the popular Blaft Anthologies of Tamil Pulp Fiction, was faithful to this yardstick; the author Mrinal Pande has pointed out that whereas once the bad guys were colonels, the gundas now are quite often ‘terrorists’. But when it comes to a novel with a female detective, irritatingly water-tight ideas are still floating around us: one book review described Swati Kaushal’s Niki Marwah, a police superintendent in Shimla with an assembly of sidekicks, as being a bit like Priyanka Chopra and “everything a female investigator should be — feisty, sassy and fashion-conscious”. A blurb singles out Madhumita Bhattacharya’s detective character Reema Ray, a food writer and brownie-baking sleuth, for being “a rare combination of beauty and brains”.

Overall, though, Sangu’s prescriptions have been subverted thoroughly by a long tradition of female detectives written by Indian women — from Suchitra Bhattacharya’s Mitin Mashi, a detective who scours the streets of Dhakuria, Kolkata for cases with her assistant niece, to Kalpana Swaminathan’s Lalli, a fierce 60-something detective with shooting and self-defense skills (whose age the author decided on because there are enough glamorous young detectives around). Younger authors are also writing interesting women investigators, like Shweta Taneja, who invented a nutty tantric detective called Anantya Tantrist because she “craved for a feisty heroine who was desi, who walked the nights fearlessly, kicking supernatural ass, spewed tantric mantras and expletives alternatively”. Then there’s Jane De Suza’s tribute to tough women with her incorrigibly upbeat ‘super spy’ from Jharkhand, Gulabi, whose single-minded agenda to pin down a husband is disrupted when she finds a dismembered head. All these writers engage with issues that plague women on a regular basis such as the pressure to get married or the ubiquity of violence against women, but they often choose to do so in subtle, witty ways. 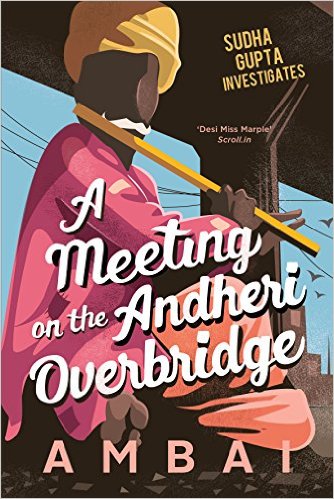 Recently, another exciting female detective debuted into our world who turns Sangu’s instructions upside down. There aren’t too many references to her appearance, she is middle-aged, quirky, a fanatic cinnamon tea-drinker, and has a long-suffering daughter and husband. The 72-year-old Tamil author CS Lakshmi, better known by her pen name Ambai, has ventured into crime fiction with a series of three short novellas entitled Sudha Gupta Investigates: A Meeting on the Andheri Overbridge. Some folks are calling private eye Gupta the ‘desi Miss Marple’ (a reference to Agatha Christie’s shrewd old lady detective who spends her time knitting and gardening when she isn’t solving crimes). Then again, that appears to have become a generic phrase for any woman remotely associated with the investigative profession, from real-life detectives to fictional ones like Lalli.

Ambai has previously published three short story collections, novels, plays and a literary study of Tamil women authors called The Face Behind the Mask: Women in Tamil Literature. She has also spent decades as an independent researcher in women’s studies, and the themes of her previous works, including marriage, motherhood and domestic violence, continue to be central concerns in her writing.

Unsurprisingly, they make their way into the mysteries that Sudha solves as well. In the first novella, ‘As the Day Darkens’, Sudha, restless because of the tedium of the “usual husband-suspects-the-wife-and-asks-for-surveillance-on-her sort of cases”, uncovers a case of sexual abuse within the family and lambastes the mother for her reluctance to confront it. Sudha also addresses the phenomenon of parents being overly conservative, controlling and paranoid about their children’s marriages. The most poignant story in the series, however, ‘A Meeting on the Andheri Overbridge’, sees Sudha press a 62-year-old woman to get cracking on her dream of living away from the big city after being dismissed by her family as a psychiatric basket-case. The story conjures up a powerful portrait of the bonding and solidarity that develops between four women involved in the crisis, and narrates, through epistolary and other means, the victim’s complex feelings of confusion, fondness for her family and abandonment.

This emphasis on the feelings and psychology of the individual, rather than straightforward plots of crimes of passion, is now widespread enough to be a subgenre of its own. Madhulika Liddle, an author who writes historical crime fiction and who created the fascinating 17th-century Mughal protagonist Muzaffar Jang, identifies such depth of emotion and introspection as common tendencies in detective writing by female authors like Ngaio Marsh, Ellis Peters and Yrsa Sigurdaodottir. Also, Liddle differentiates this from ‘hardcore’ crime writing in the genre where emotion tends to be more brutal: “There is a good deal — especially in modern crime fiction written by men — that seems like a detective-y version of James Bond,” she says. “Not in a bad way, always, and some men (like Peter Tremayne) do a decent job of integrating more ‘feminine’ aspects of stories — relationships, the problems women face, and so on. But the majority seems to veer away into a more sleazy, noir style.”

However, Liddle adds that readers are often unable to tell that her work was written by a woman or a man, and refers to the author Anita Nair’s writing as also having the same quality — especially the latter’s novel Cut Like a Wound, which has a male protagonist and combines a “fairly noir feel” with insights into the human predicament. There appear to be no hard-and-fast rules for the crime fiction genre anymore. While women writers are creating all sorts of innovative characters with all sorts of feelings, Sangu, somewhere, is turning in his grave.