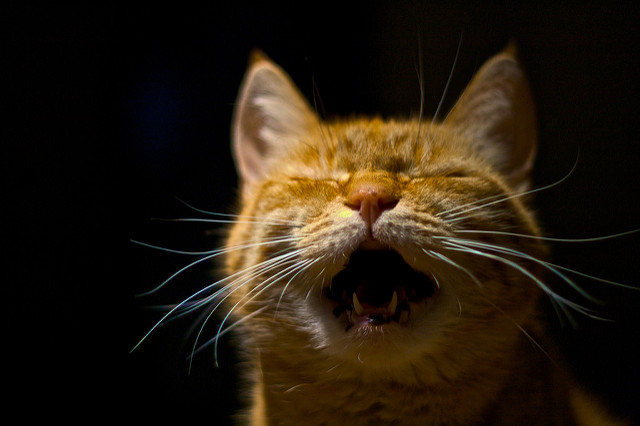 I remember reading Gloria Steinem’s classic If Men Could Menstruate when I was a teenager, and the whole piece made quite a big impression on me. But the sentence that stayed with me the most was one that read, “[If men could menstruate] Doctors would research little about heart attacks, from which men would be hormonally protected, but everything about cramps.”

Because it’s true: women’s pain and illnesses have always been taken less seriously than men’s, and there’s still so much ignorance around the pain that women experience. I remember my mother telling me that when my aunt was younger, every month when she got her period, she would march upstairs, lock herself up in a room with a pillow and bucket, and roll around on the floor in uncontrollable, unspeakable pain for days. The doctor she met at the time said it as just regular period cramps, and that my aunt was weaker than most women. She lived with the pain until years later, a doctor diagnosed her with endometriosis.

Endometriosis is “a condition in which the tissue similar to the lining inside the uterus (endometrium), is found outside the uterus, where it induces a chronic inflammatory reaction that may result in scar tissue.” Despite affecting 176 million women worldwide, it’s still largely misunderstood, and there’s very little funding or research that goes into it. It is incredibly painful, and has varying effects on women’s mental, physical, emotional and sexual well-being.

The lack of funding and research has often been pointed out as one of the main reasons why there isn’t enough knowledge about this illness. Which is why it’s doubly irritating to read that the University of Sydney has now approved research into how endometriosis affects men’s sexual well-being.

To shed what little light can be shed on that bizarre move, endometriosis often ensures that women find it incredibly painful to have sexual intercourse. So the proposed study will examine how this affects the sexual well-being of their male partners. Maddening, right?

As Emogen Dunlevie writes in The Guardian, “There is no logical way that any discussion about endometriosis should focus on how it impacts men, or the partners of people who actually have it. We can barely get a conversation about endometriosis going in the first place.” When there’s very little time, energy and funding to go around, it’s infuriating to think that any of it is being spent on looking at how endometriosis affects men and their sexual well-being. In these scenarios, it’s very much either-or: the time and money spent researching this useless subject is time and money not spent researching the things that really matter: like a cause, a reliable treatment or a cure for the illness, or exploring the impact it has on the lives of the actual women who suffer from it.

It’s just incredible that of all the aspects of endometriosis there are to study, it’s effect on men’s sexual well-being was deemed one of the worthy ones. It shows just how lightly we take women’s pain and illness, and reemphasises just how masculine a lens people still look at the world through.

On an aside, it also reminds me of Padma Lakshmi’s memoir, Love, Loss and What We Ate, in which she spoke of her marriage to Salman Rushdie. In the book, she talks about how she would say that she didn’t want to have sex because of pain due to endometriosis, to which he would respond by saying, “How convenient”, before escalating the subject into a bigger argument. Yuck.

Photo credit: Scream by Mingo Hagen via Flickr/CC by 2.0