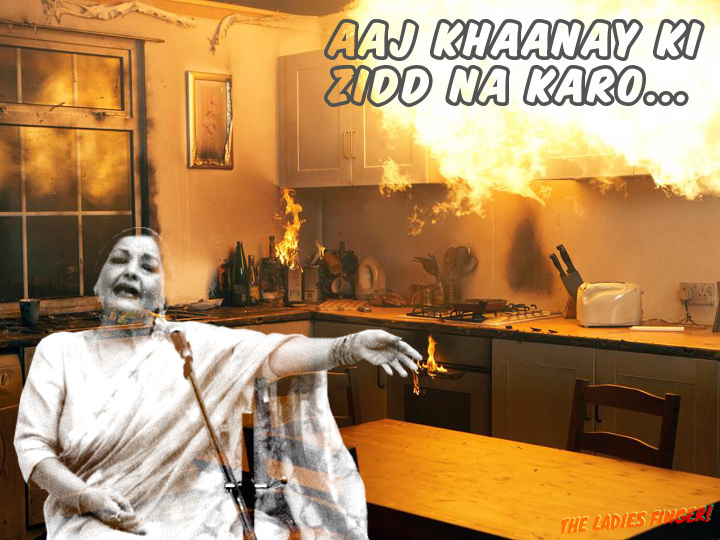 When the men and other hierarchical elders of the world are hungry after arriving from wherever they arrive, they expect the women-hosts to make them a meal, or at least a cup of tea.

Some women expect themselves and other women to whip something up every time someone arrives. One of my women friends is often pissed with me when I don’t eat at her house, “You never eat at my house!” (In my defense, it is mostly because I am not hungry at that moment.)

Some times, manelists spend a bunch of time during a panel discussion discussing the tea-making skills of their female co-panelists. People are often surprised when they don’t find food on entering a house that boasts of female presence. Even modern, urban “youth” are (mostly silently) surprised when they meet women who don’t want to learn how to cook. (Oh yes, this needs to go beyond making perfectly round rotis.)

One Response to “O Farida-Apa Set My Kitchen On Fire!”