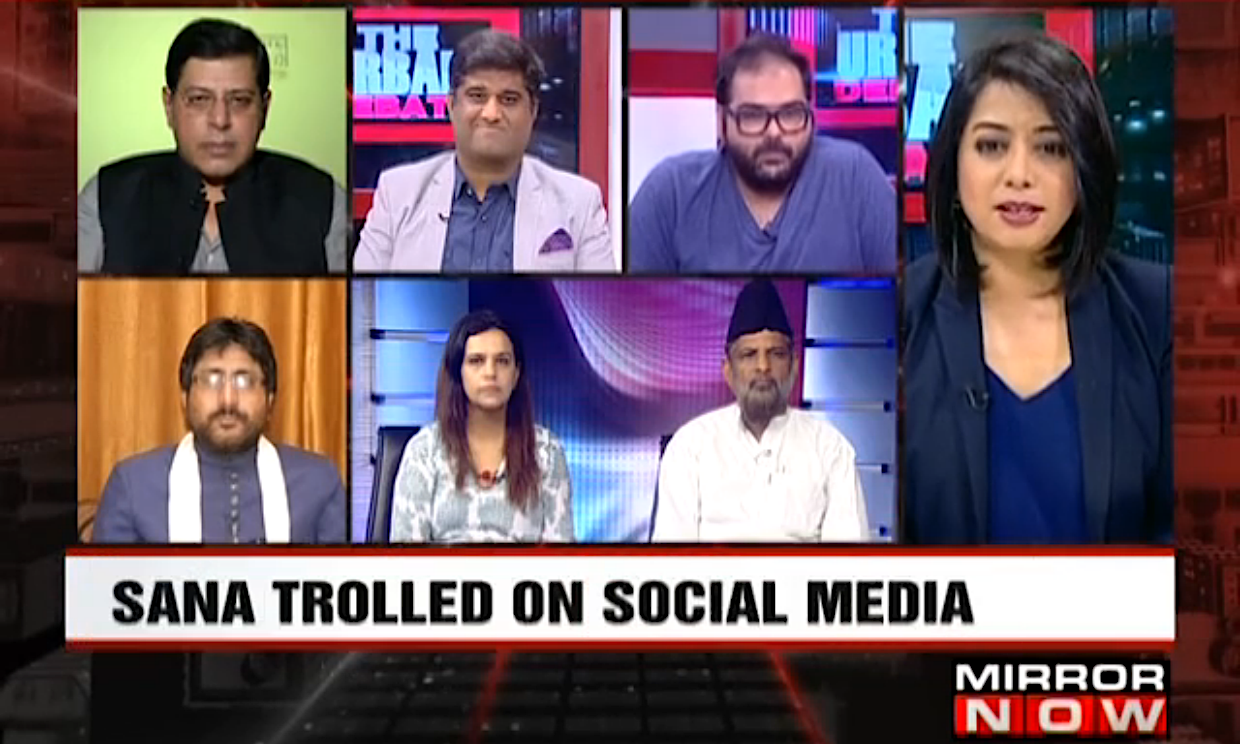 After last week’s breakdown of glucose biscuits being taxed under GST, journalist Faye D’Souza is back to remind you that she will not tolerate any more sexist bullshit.

So what happened was this. Actor Fatima Sana Shaikh was trolled and attacked mercilessly by her ‘conservative fans’, for daring to post pictures of herself in a swimsuit. It’s bizarre enough that this is even an issue in 2017, but on The Urban Debate episode that aired on 9th June on Mirror Now, things got even more bizarre.

A lot of the trolling hinged upon the fact that Shaikh, a Muslim woman, wore a swimsuit in the month of Ramazan — a time that is for fasting and purity. Two conservative members in the panel – Maulana Yasoob Abbas, and Maulana Maqsood-ul-Hasan Qasmi – turned the whole conversation on its head, almost following a guidebook called ‘What Not To Do When You’re Discussing Women’s Issues, with Women, On National Television’. Some stand-out moments were:

1) When Maulana Abbas called Shaikh “bazaaru”, and D’Souza wasn’t having any of it. After asking him to apologise multiple times (bazaar translates to “marketplace”), D’Souza finally gave up when he denied ever saying it.

2) Maulana Qasmi also accused Shaikh of leading some sort of conspiracy, and that she was “hand-in-glove” with the trolls so that she could get some “cheap publicity”. When asked what woman would want this kind of publicity, he didn’t have much of an answer. And he didn’t provide any proof of this conspiracy either and kept repeating this point.

3) “Why are you making this a big issue?!” — cried the men who were making it a big issue, to the people who were trying to show that what happened was disrespectful to Shaikh. And women all over.

5) When Faye D’Souza saw right through that comment, and took him down. “This is my temple,” she says, “this is my place of work”. She says she’s seen enough of these arguments, enough of these men, and that she isn’t going to let this sort of thing rattle her, and stop her from doing her job well.

“All you men think, that if you rattle Sana Fatima when she’s doing her job, if you rattle Sania Mirza when she’s doing her job, if you rattle all women when they’re doing their jobs that they will run back into their kitchens, they will cover themselves up, and leave the world again for you to conquer – I have news for you, we are not going anywhere. Yes, Maulanaji, this is a channel run by a woman – and no, this is not a woman that you can easily rattle,” she continues, ruthlessly.

Watch the full video below.

One Response to “‘Wear Underwear and Come to Debate.’ This Journalist Shut Down a Man on His Sexist Comments”