HomeCultureFive Things I Learnt By Watching The Grammys (With ...
January 29, 2014

Many years ago, I discarded all pretense of treating the Grammys as “music’s biggest night” and accepted the ceremony for what it had really become – a daytime drama that happens but once a year, and not during the daytime.

Predicting potential Grammy winners has become less of a stimulating exercise and more a matter of offhandedly reviewing the year’s charts to come up with a list more obvious than the reason for my being less than prolific this past year (I’m lazy). So, when the time came, I made myself a giant batch of popcorn to sit through a show where the least memorable performance was that of a Beatle (yes, I went there). For added measure, I talked (read: hectored) my dear mother into witnessing the festivities unfold, because she’s the woman who spots things that I don’t. Like how my room needs cleaning up.

Consequently, with generous help from the mother, I prepared a list of things that elicited reactions from me that I’m not altogether proud of.

Humility, in most cases, is boring to watch. When someone’s receiving their big award, in most cases they tend to veer towards the mushy, the clichéd, the unwitty, the…you get the picture. While that is an irreproachable move, because no one likes an ungrateful tool, it still makes for a total snoozefest. A handy tip, should you find yourself overcome with boredom in such a situation, is to transfer your attention to the audience, especially when the audience is comprised almost entirely of celebrities. This way, you get to spot Bruno Mars’ girlfriend sneering at the mention of his mother during his acceptance speech, bringing you one step closer to being in his world, and reminding you that family ties are the same ev-uh-ry-where.

For added bonus, apply this trick during the performances, too, to see the celebrities one step away from forming a conga line without the assistance of their choreographers. 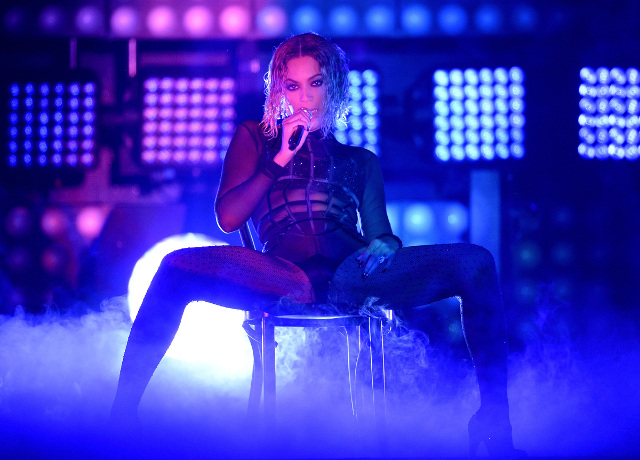 First of all, if the term ‘Beyobsession’ ever breaks out – I. CALL. CREATIVE. RIGHTS. DIBS. Moving on, Queen Bey rattled many a cage by dropping a “visual album” late last year called (drumroll please) Beyonce without so much as a warning, presumably while rolling around on a bed made of gold (quite like little Blue’s shiny new sippy cup) and covered in dolla dolla bills. She then proceeded to cock a snook at everyone that made a big deal of the Miley Cyrus debacle, by wearing even less clothing and making out with Jay Z on the Grammys stage, calling them out for the hypocrites they really are.

Save for Yoko Ono getting more turnt than I do at weddings with open bars, not one performance beat what Kendrick Lamar and Imagine Dragons did at the Grammys. Lamar, along with Childish Gambino and Chance The Rapper, has been the restorer of faith in all things rap this past year for a lot of people. His performance with Imagine Dragons was straight up anthemic, and even made mom stop stealing my popcorn to take a moment and really focus on the TV.

A close second was the Sara Bareilles-Carole King rendition of King’s ‘Beautiful’ and Bareilles’ ‘Brave’, winning hands down in the no-frill, the-only-acceptable-kind-of-sugary-there-is department.

Honourable mention goes to what could have brought the ceremony to an epic close, with Trent Reznor, Dave Grohl, Lindsey Buckingham and Queens of the Stone Age, but, alas, got steamrollered due to ‘lack of time’ on a show that was already 45 minutes past its schedule. I’m positive a lot of eager fans want to tell the Academy to go f**k themselves for it, but save your breath because Trent Reznor already did.

4. The Clothes talk:
It never ceases to baffle me how there are people who still believe they are allowed to take apart how other people dress. It’s kinda like telling someone off for liking different music than you. For those slow on the uptake, these are both very, very bad things and you should stop doing them immediately. Unless you are getting paid for it, in which case, when can I get started?

These are people that routinely accuse female artists for showing too much skin, poke fun at Pharrell’s righteously awesome hat, expect Daft Punk to take off their helmets in a bid for ‘respect’, and ridicule Lorde for the way she dresses. Those are 5 different links, and I didn’t have to squint even vaguely to find them. 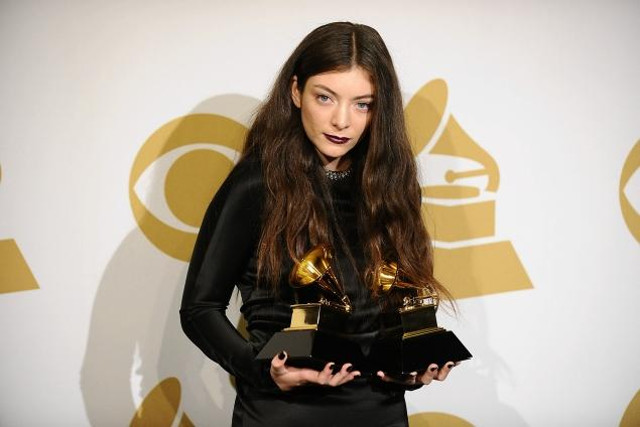 Here’s a thought – Lorde is a 17-year old with two Grammys. That is two more than you will ever have <cue the Seinfeld bassline>.

5. Daft Mothersmuckin’ Punk:
Random Access Memories made Daft Punk fans jump so hard with uncontrollable joy, some of us are still stuck in the stratosphere. Simultaneously, trolls crawled out of Internet’s various orifices to tell us how it sucks. It didn’t matter. The trolls assumed it was because we are all a bunch of robot-worshippers that worship robots by doing robot-worshippy things. As a bonafide Daft Punk fan, I can tell you that this is all true. 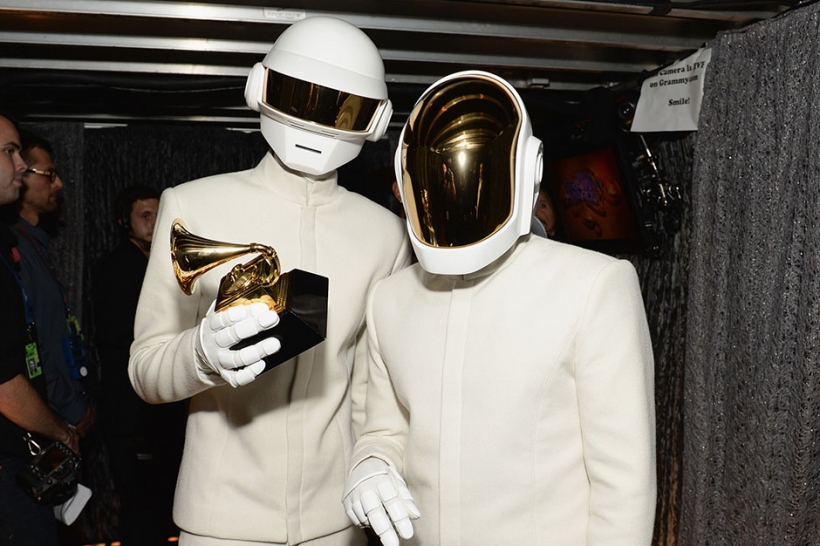 Guess Who the Real Songwriters of Imagine Are?