I was this fat kid who people felt sorry for. I don’t even know if that’s a thing. I was always lazy, so I was the kid who preferred talking to people than playing a sport. I used to give PE exams alone after the class left because it was very embarrassing. People used to take chocolates away from my hand, saying that I have already eaten too much. Or that I should sit in the middle because otherwise the school bus would tilt. A few people constantly said I was lucky to be a little prettier than other fat girls, and the other fat girls hated me because I didn’t cry in public or put people down who shamed me.

I was never the good kid.

By the time I turned 18, I couldn’t climb up two floors without being exhausted. My doctor told me I’m prone to diabetes because of my family history.

I had to lose weight.

All my life I’d been an eater. I don’t know if it is stress-eating or if it is hunger. But by March 2015, I was 120 kg. And then something got into me and I started working out. I used to be able to eat all the time, but I had to gradually learn to control that and walk a lot and work out a little. I couldn’t for 17 years of my life, so I starved myself for two months until people scared the shit out of me that I’d gain double of what I was earlier, if I did that. Earlier, I’d eat 12 meals throughout the day and I could easily consume five servings of rice per meal. Then I stopped junk and sweets and started eating two meals a day. I stopped starving myself and ate healthy and warded off boredom by walking seven km a day. That became a habit and I lost weight.

After losing weight, I gained the confidence to do things that I had stopped doing because I was fat. I used to be afraid people would make fun of me so I had stopped dancing. I made sure I wasn’t photographed, even though I loved it. My mother says I used to love looking at the mirror and talk till I was seven years old, but then I started hating mirrors and refused to look at them for a very long time. Even on my birthday, I would only let myself be photographed in a group. I preferred taking them.

Some other things changed too. 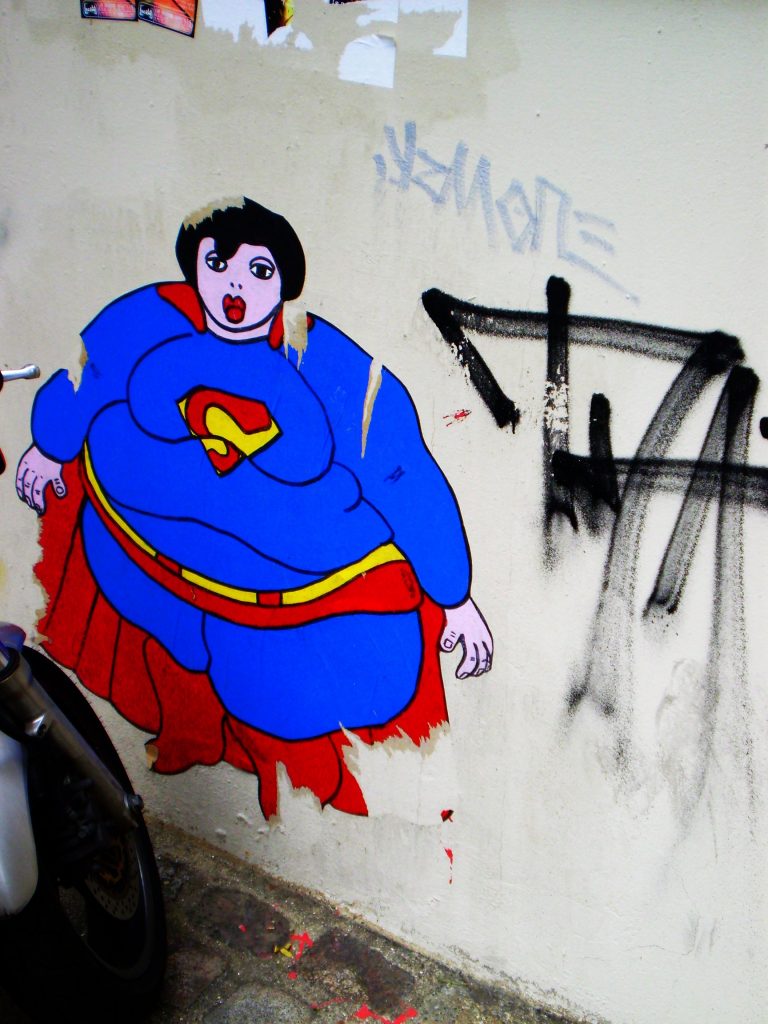 Guys who referred to me as ‘bro’ or called me ‘ugly’ in school suddenly wanted to be my friend. A majority of them started flirting with me. Suddenly, people I used to see as brothers were asking me to sleep with them because I had lost weight. One guy said, ‘Oh god, you suddenly look so hot that I could break up with her right now’. The ‘her’ was his girlfriend, who was sitting right there.

People have pointed me out to their girlfriend/friend/boyfriend/wife/husband and asked them to lose weight. One yelled, ‘Aye, tu bhi patli hoja, mazza aayega,’ to his girlfriend.

But it was amazing in the beginning. I had people complimenting me every second. But then people started associating every action of mine with it. I still cannot decide which is worse: The fact that aunties twice my age wanted to be of my size or kids a lot younger begged me to help them change their eating habits and train them. When I scowled at them and told them they should love their body, I was called a hypocrite. I had never been a positive example and suddenly I am, for all the wrong reasons.  I realised people had no chill when they asked their six year olds to learn from me.

Everyone asks me about how I lost weight, and before I utter my first word, they ask another question. “Break-up hua kya?” “Liposuction?” They inhale, sharply imitating someone snorting. No, I did not use drugs, alcohol, sex, cigarettes, medicine, or liposuction to lose weight. The funniest? My friends knew that no matter whatever I did in a party, I was never up for chemicals, but I had people insisting “It’s the fastest way, we are sure you did meth.”

It never stopped. In the washroom once I had a bunch of girls telling me, “Hey now toh you can go clubbing na.” When I told them I don’t enjoy it that much, they said, “Now you have a body for clubbing.” Others said, “Oh you can finally wear tight clothes” or “dude, you can sleep around so easily.” Relatives and aunties were now very generous in conversations with my mother: “It is easier to get your daughter married now. It is so difficult for me — my daughter is dark and fat.”

If you think the body shaming stopped wholly after I lost weight, then you are mistaken. Sometimes I think I was shamed more after I lost weight. Everyone has an opinion, and the fact that I just met them or 10 years ago does not matter. I was eating pizza in college and I had at least 10 people telling me that I shouldn’t eat ‘all this’ again because I would go back to being ‘not hot’.

My weight loss was everyone’s gain, everyone’s happy ending. It didn’t matter if I liked that person and I wanted to date him/her or if it was just some random friend’s aunt. All of them had an opinion and they got really offended I didn’t fall in line.

Earlier it was ‘Oh you are fat, and now it is ‘How hot you would be if you lost a little more’ or ‘If you toned a little more, I swear that would be so good,’ or ‘You will find a better guy to get married to, so don’t stop working out.’

Earlier all I heard was ‘Oh you are fat’ but now I hear, ‘Oh you are too fat, too thin, too weak, too beautiful, too ugly.’ The list is endless.

I didn’t want to put my experience in words but I felt bad when people have cried because they were shamed and I was set up as the reason. I still don’t know if I want to write and talk about it in detail because I hate it when people begin to associate everything about me to my ‘weight loss’. I can’t let that be my identity.

But I chose to speak up because one morning I woke up to this little girl’s text:

“I am very small and nobody to ask bt still I just wanna ask you that how you became so slim trim and hot I m in 8 std bt I m growing fat I also want to become thin plzz can tell me how did you do this and I’m very sorry once again :* can you just tell me your schedule”.

The attention I got by losing weight, by becoming a smaller size was what you ought to get when you do something big. I did not do anything big. I worked hard and lost some weight. The chances of me dying soon have probably know been reduced. I never kept a tab on my weight because I was too lazy to care. If I tell people now that I only worked hard for my health and confidence and clothes, they don’t believe it. They believe what they want to hear.

Sorry, my life didn’t suck when I was fat, nor did it become magical when I became thin.

What Falling In Love As a Fat Girl Taught Me

4 Responses to “As a Former Fat Girl, My Weight Loss was Everyone’s Happy Ending”