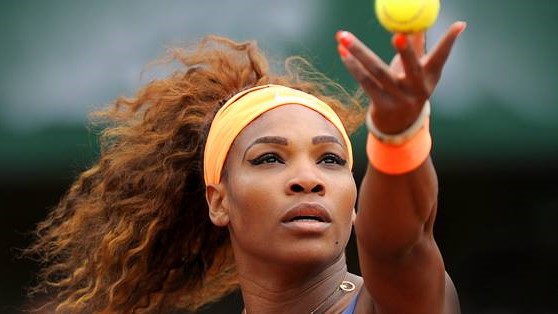 GQ Magazine has been plugging their cover story on Twitter, and they said it was an interview with the greatest tennis player of all time.

We caught up with the greatest tennis player of all time https://t.co/I5oSpnmxeX pic.twitter.com/Qwj4wk1Kkh

Except if you look carefully at the picture, you’ll notice that this isn’t a picture of Serena Williams at all, but of Roger Federer. What a weird mistake to make!

Twitter users were quick to point out what has to have been a mistake on GQ’s part.

Only the stupidest uninformed would compare Serena’s 23 slams to Roger’s 18 #Federer #GQ https://t.co/W5SQkqjbUg

This is hardly the first time something like this has happened. She faces this kind of stupid sexism so often you wonder why she puts up with any of us. In a 2016 interview with Andy Murray, interviewer John Inverdale conveniently forget about women, and informed Murray that he was the first person to ever two Olympic tennis gold medals. Murray immediately corrected him by reminding him that Venus and Serena Williams had both won about four Olympic gold medals each. In 2015, Williams once got super fed-up and properly told off a journalist who asked her why she wasn’t smiling at 11.30 pm during a post-match press conference.

This article erroneously referred to Andy Murray in the last paragraph as Andy Roddick. This has been corrected.

“First Off, Please Stop Telling Us How We Must Cover ‘Women’s Issues'”: An Open Letter to Khabar Lahariya’s Male Media Colleagues