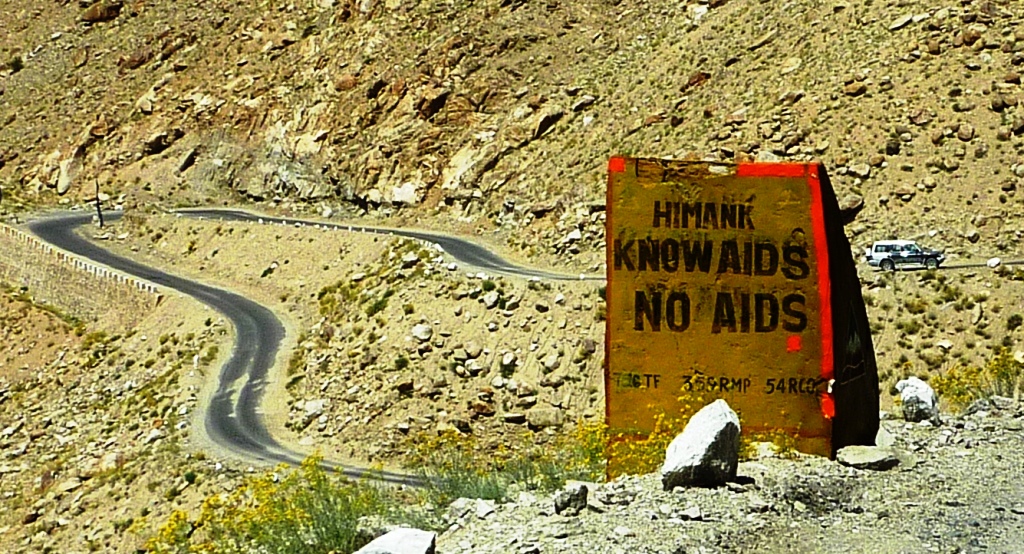 Last year, Maitri Lakra, who was diagnosed HIV-positive almost two decades ago and served as a co-ordinator for the Bengal Positive Network, gave the journalist Sohini Chattopadhyay a harrowing account of how patients’ HIV statuses being made public frequently affected the quality of care they received: “The hospital in Purulia did not even have a sheet covering the mattress. Vomit and shit had caked on the mattress. Nurses would walk past but none would go near the HIV+ bed. There was a label identifying the bed as HIV+.”

This situation might change soon, with confidentiality measures on their way. The ball is finally rolling on the draft of the HIV and AIDS (Prevention and Control) Bill that has been pending since February 2014. The wait isn’t over, but yesterday the Union Cabinet in New Delhi approved it for passage in the winter Parliament session. If passed, it will protect the 21 lakh HIV positive people in India in several ways, including prohibiting discrimination against them by prospective healthcare and education providers. Perhaps most crucially, the Bill insists upon confidentiality and the protection of positive persons’ information — so patients won’t be forced to reveal their HIV status without consent.

Why is confidentiality so important to people with HIV? Meena Seshu, the founder of Sampada Grameen Mahila Sanstha (SANGRAM), an organisation that works on HIV prevention, draws attention to the critical importance of the Bill’s confidentiality clause: “Confidentiality was part of the National Aids Control Organisation’s objectives, but their targeted intervention programs routinely disclosed information about patients and made things very messy. All this while, we could only fight it at the policy level, but now that it’s a law it sends the message to hospitals and establishments that now we can take them to court.”

The Bill prohibits unfair treatment and the denial of services to HIV patients or their carers. It also prohibits HIV testing as a pre-requisite for obtaining employment, health care or education, and mandates that the central and state governments make provisions to provide anti-retroviral therapy. “The main feature of this Bill is that it is anti-discrimination and recognises the right to equality for HIV patients. For the first time, the Bill also covers the private sector,” says Raman Chawla, a member of the HIV and Law Team at Lawyers Collective, a Delhi-based organisation that has campaigned for the Bill and first drafted it a decade ago, in 2006.

The informed consent clause is also a move in the right direction: the Bill states that “No person shall be compelled to disclose his HIV status except with his informed consent, and if required by a court order,” and formal mechanisms are apparently to be put in place to make sure that HIV-affected people’s data is protected by healthcare establishments following testing, treatment or clinical research. An individual known as an ‘Ombudsman’ will be appointed the task of inquiring into violations of the Act and is entitled to take action.

A few aspects remain up in the air though. A press note released by the Lawyer’s Collective points to a lack of clarity about whether the new Bill contains provisions for free or complete treatment of the patients, which has been a longstanding concern for HIV-affected groups. The 2014 Bill stipulated that the State government provide HIV treatment “as far as possible” — vague phrasing that leaves too much room for negligence — and networks have been demanding that this be changed.

An HIV activist who did not wish to be named spoke about how there is very little focus on women’s needs within HIV programmes: “The prevention programme does not look at how women’s bodies are different from men. We are told to avoid having babies, but otherwise the main prevention methods provided are condoms. There is also very little focus on the culture that discourages women from joining the prevention programme: they see the prevention methods as physically invasive.” Sexual violence heightens the risk of HIV transmission and the infection traveling from mothers to children during pregnancy or breastfeeding are factors that deserve more attention. A UNICEF report states that only 23 percent of pregnant women living with HIV undertook anti-retroviral treatment in 2009 because of factors like social customs and family restrictions. It is crucial, then, that complications that impact women specifically are raised, particularly given the massive proportion of HIV-affected women: figures from 2015 provided by UNAIDS estimated that 39.5 percent (7,90,000 of 20,00,000) of HIV-affected adults in India were women and that this was a growing proportion, while two years ago it was reported that HIV prevalence for women who inject drugs was almost double that of men.

Although activists expressed their satisfaction about the Bill becoming the subject of active discussions, L Ramakrishnan, the vice-president of SAATHI (Solidarity and Action against the HIV Infection in India) said that from a first reading, it appeared that there was a “colossal lacuna” in that the definition of a ‘protected person’ according to the Bill. It still refers to an individual who is either living with HIV or residing with an HIV-affected person in the present or the past, and these are the people who are entitled to anti-discrimination, informed consent and other rights. Ramakrishan says that the Bill must include provisions for the protection of people who are most vulnerable to contracting the disease as well, such as people frequently using contaminated injection equipment: “The feedback we have received is that the definition should include vulnerable people, what is known as the most-at-risk population (MARP), which would include transgender women, men who have sex with men, women who sell sex and people who inject drugs.” Punitive laws like Section 377, which criminalise their actions already, mean that there is very little protection for these groups. They are also already more prone to contracting diseases like Hepatitis C.

Kousalya Periasamy, founder of the grassroots network Positive Women Network and incidentally the first woman in India to announce that she was HIV-positive was unequivocal in her scepticism about the Bill’s emphasis on anti-discrimination: “It’s not at all useful to us. What is the point of giving us these policies without treatment and health rights? They have to reword the treatment clause to make it compulsory. It’s been a long time coming, and we are unhappy.” Kousalya also expressed her dissatisfaction with the change of the minimum age of a person who can get tested for HIV to 18 years, saying it should be kept at 14 years.

The Cabinet approved amendments to the draft law on Wednesday, but hasn’t yet specified what these are. Next, the Bill makes its way to the Rajya Sabha. The good news as far as HIV activists are concerned, is that although there remains much to be done, the process has begun.

Did You Know that the LGBTQ Community Can’t Donate Blood in India?

While Global Funding for Condoms is at an All-Time Low, India is Set to Get its First Free Condom Store

One Response to “The Draft HIV/AIDS Bill Makes Confidentiality Mandatory. Why Is This Important?”