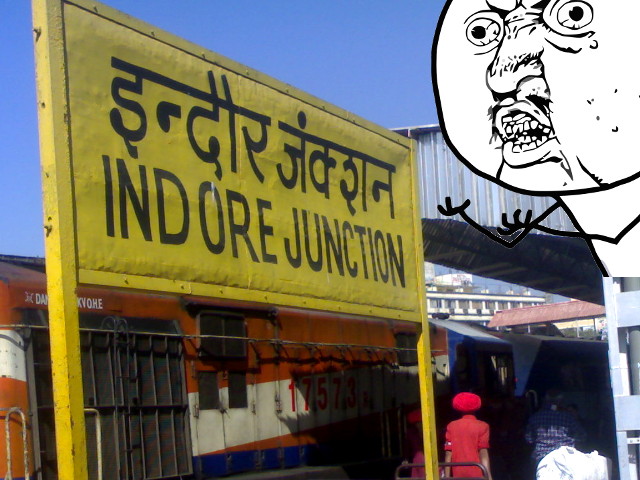 An article in DNA condemns the restaurants in Indore that rent out rooms to youngsters on an hourly basis. This is clearly after one such room turned into a crime scene when three guys took a 19-year-old woman there and raped her. IndiaTV’s website says that the woman cried for help and the hotel staff just asked her not to make any noise.

Every time a terrible crime like this happens, reactions seem to consist of masterful misdirection.

In an ideal scenario, one would have just happily blamed the girl for going into a room with three men. But this time, the sharp minds were happy with blaming the room and the culture of “youngsters renting rooms”. Everybody (including the cops who claim to be unaware of the existence of this sunrise industry) declared their desire to shut down these “shady establishments”. The cops also seem to have urged “the society” (who, they say, is responsible for the thriving of such businesses) to keep them informed. Since obviously, it is the room’s fault that the guys raped the girl. They must get the walls of the room checked since, obviously, the walls are emitting some invisible mind-controlling rape rays.

A university professor is also quoted in the DNA article. Providing a useful history of the present, Sonalee Nagrunde says that before these rooms, cybercafes were “hot spots for such immoral activities” and only after the media launched a campaign against the menace, were young women saved from the clutches of the evil computers. “And now too, only media should pull the strings…” Now, only if media could pull strings and shut down every location where rapes have occurred: trains, buses, people’s houses, market places — let’s flatten the Earth and live on a transparency.

Meanwhile, elsewhere in Indore, during a session of JanSamwad (PeopleConnect) organised by the police, parents decided to complain about their daughters covering their faces with stoles and scarves to protect their skin against pollution and tanning. The parents allege that the girls are only using their complexions as an excuse — their real motive is to hide from their families. We’re assuming this is because the parents assume that  masked young women are heading to the rape-ray-rooms and immoral-activity-cybercafes. If the girls don’t cover their faces, then they can’t possibly evade the panopticon gaze of moral Indore and go to places where they might enjoy some consensual nookie or non-nookie.

At this point, we are unclear who to feel more sorry for. Options:

2. The police at the receiving end of these complaints who are expected to do what, now? Rip off the scarves from young women’s faces?

3. Parents who clearly think that the police will keep young women safe.