Three years ago the Toronto-based graphic novelist and cartoonist Jillian Tamaki illustrated and published a book called This One Summer with her cousin, and last year it featured as number one on a list of America’s ‘most challenged’ books. That’s a polite way of saying it was controversial, and also highly acclaimed, for its blunt and candid treatment of two pre-pubescent girls talking about breasts and sex. 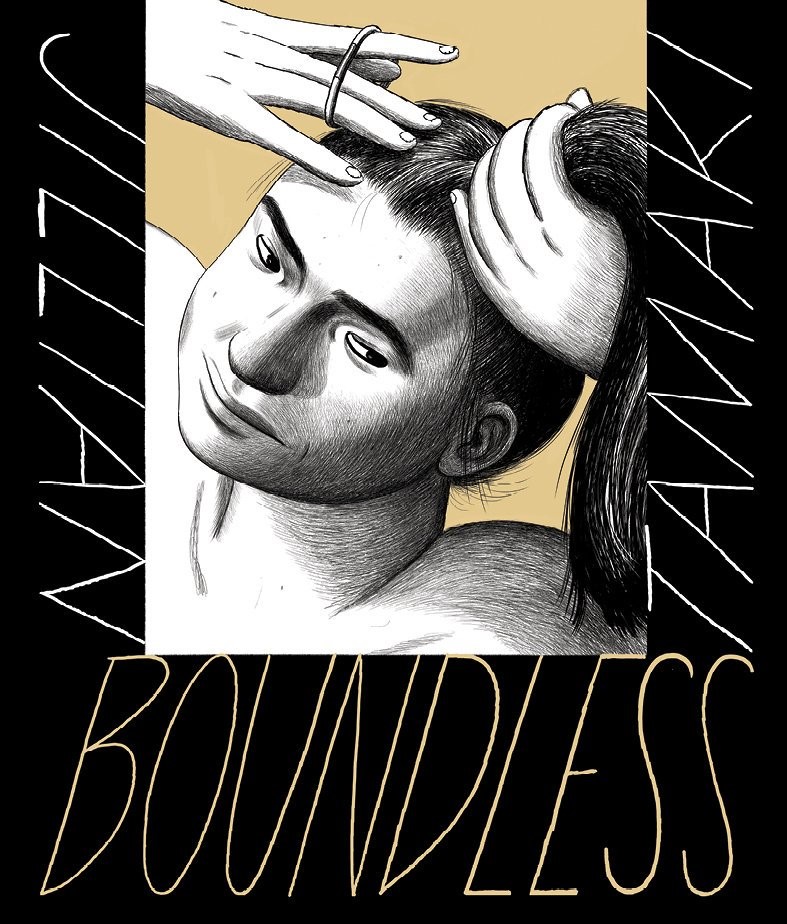 Tamaki now has a new book out called Boundless, and it’s a dirge of sorts for the Internet addict generation.

In one of the stories, a site that works like Facebook grows  on its own, altering small details about people’s hobbies and love lives, until everybody gets completely obsessed with the lives of their doppelgangers — the lives they could have had. Some of them want to quit but they can’t.

According to this Guardian review, several of the stories border on the surreal and bizarre while reflecting on technology and its effects, from a washed-up TV producer who hates millenials for watching his pornographic sitcom ‘ironically’ to a woman thinking whose boyfriend is trying to dump her while she is more preoccupied with a celebrity’s death.

Tamaki’s previous works have explored a variety of styles from watercolour and collage. And this new book, which uses ink work in combination with other styles, is like her online presence: cryptic, whacky, and colourful. It has mostly women protagonists, and shows them addressing questions about reality, relationships, bed-bugs, social media, death and growing old, computer viruses — and last but not least, an out-of-control Facebook taking over everyone’s minds.