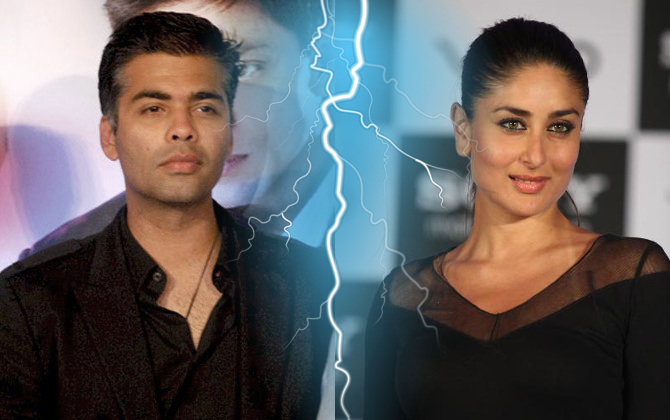 A piece by Russian-American writer and journalist Maria Konnikova in The New Yorker, written two-and-a-half years ago, begins with the story of an aspiring professor who tried to negotiate a higher salary, maternity leave, and a deferred starting date with Nazareth College, where she had just got a job. The woman said that she hadn’t expected all of these things, but had seen no harm in asking anyway. The college responded promptly and abruptly.

“The institution has decided to withdraw its offer of employment to you,” they wrote.

The second story has been doing the rounds since Karan Johar launched his biography An Unsuitable Boy on January 16th. It involves Johar and Kareena Kapoor. The fifth chapter in his book, called ‘Early Film-Making Years’, has a long description of his investment in beginning to write Kal Ho Naa Ho (his best screenplay, he says), reflecting on his art and how he sat in Central Park in New York, stared at people, and wrote the film.

But his first problem in making Kal Ho Naa Ho, he recounts to us in all seriousness, was with Kapoor. “The weekend of that film’s (Mujhse Dosti Karoge!) release, I offered her [Kareena Kapoor] Kal Ho Naa Ho, and she asked for the same money that Shah Rukh was getting. I said, ‘Sorry’. I was very hurt,” he says. Why was Johar hurt? Nobody knows.

Why did this (presumably) everyday transaction of an artist/professor bargaining for better pay cause an emotional wound?

They are both pretty much the same story. The first account comes from a woman. The second account is by a man. In both cases, a woman is asking for a higher salary. In each case she isn’t given the job because she asked for a higher salary — Nazareth College presumably hired somebody else, and we know that Johar went on to make his movie with Preity Zinta. Perhaps it was too much to expect Johar, who writes of being so invested in the art of making each of his films, to understand that when Kapoor asked to be paid as much as Shah Rukh Khan, she was invested in her art too. Or, maybe Kapoor also thought of this, as Malayalam actor Rima Kallingal said in a lovely interview in 2016 about feminism and sexism in the industry, “Perhaps, not even as an artist, as a human being first, you want to react to certain things that are happening around you.” 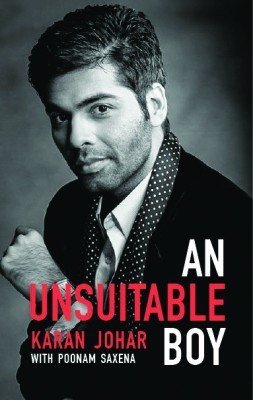 In Johar’s case, his discussion of the issue doesn’t end there. After all this, in the chapter ‘Friends and Fallouts’, Johar also writes, “Kareena and I have a deep-rooted love for each other. I always say that if things were different in my life, I’d have married her.” Never mind that she might not have wanted to marry him.

Johar also describes Kapoor at a Bombay Times party when she was 18, and says, “But the way she stood in that party, it was as if she had already released five blockbusters.” Then he goes on to tell us in his most patronising Koffee with Karan voice, “She was a kid; she’s a decade younger than me.” And then he adds a story about trying to ‘semi-smile’ at Kapoor at a function after all this, where she happily ignored him — and with his obviously hurt and inflated sense of self, he goes on, “I thought, how dare she behave like this with me?”

As news of the description of this old nine-month long fight has been making the rounds, there is another not-so-unconnected interview with Priyanka Chopra circulating. Chopra describes complaining about her low pay while she worked in Bollywood, only to be told by producers that she could be easily replaced. Natalie Portman, who won as Oscar for her performance in Black Swan, also recently talked about being paid three times less than Ashton Kutcher in No Strings Attached.

All these stories begin to sound similar. Sonam Kapoor argued in an interview in October 2016, that her film Veere Di Wedding, which has an all-women cast, was not given the same kind of budget by the same studio that John Abraham and Varun Dhawan got to make Dishoom — which meant that she had to cut her fee. Unsurprisingly, when she brought this up on Koffee with Karan, Johar simply changed the topic. Nobody finds it strange that there is no hue and cry every time male actors make many times more than women actors — but when there is even an inkling that Deepika Padukone made more than Amitabh Bachchan in Piku, there is a long, excited discussion.

Johar writes of this fight with Kapoor completely unapologetically, blissfully oblivious to the meaning of what he’s said. This is completely normal in his super-feudal world. It makes one of Secret Deodorant’s recent ads (called #StressTest, which shows women in stressful situations) strangely real. And this might be the only time in the world that we apply the word realism to a deodorant ad. In this one, a woman is in the loo in front of a mirror practising how to ask her boss for a higher salary. We see her trying to be friendly, saying she has a “favour” to ask of him before trailing off and muttering that it’s not really a favour — in the same way that it’s odd that Emma Stone has to say she’s “lucky” to have been paid as much as her male colleagues.

In her piece in The New Yorker, Konnikova goes on to argue that studies have shown that the general advice that’s often shot off to women — to stand up for themselves, to be assertive in negotiations — very often backfires. According to the studies, women who asked for higher salaries were penalised more often than men were: women and men were promoted for different skills. While for men the focus remained on their competence at work, for women, the focus shifted to their social skills—nobody liked assertive, loud women. It’s just a different way of looking at what Jennifer Lawrence wrote in the Lenny Letter, “I would be lying if I didn’t say there was an element of wanting to be liked that influenced my decision to close the deal [for American Hustle] without a real fight. I didn’t want to seem ‘difficult’ or ‘spoiled’.”

In Germany, the cabinet has passed a draft bill that will allow workers to sue their employer if they can’t justify the wage gap between men and women for doing the same job. Opposition to this bill has rather conveniently argued that it will “foster workplace envy and discontent”— something that Johar might vigorously nod his head to. And as Kapoor’s argument with Johar shows, it’s only obvious that it isn’t true that women aren’t paid equally because they don’t ask for this — there are all these men who need to get out of the way, stop feeling ‘hurt’, and pony up.

2 Responses to “So Wait, Karan Johar Stopped Talking to Kareena Kapoor Because She Asked for Better Pay? And That’s Okay?”