HomeCultureGuess What the Internet Thinks Little Girls Should ...
May 26, 2016 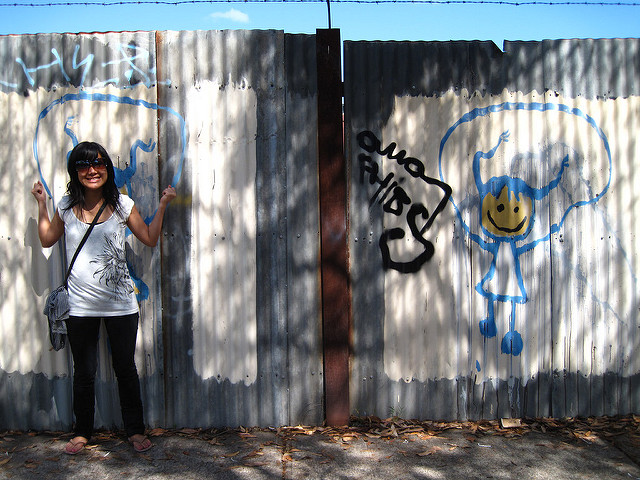 The internet may be a vast playground for this generation’s tech-savvy kids, but it’s a highly gendered one too. Teenage and younger girls looking to play online games end up facing an endless stream of archaic gender stereotypes. If the game creators are to be believed, little girls are exclusively interested in dressing, cooking, kissing and even motherhood at ages as young as 10. Why haven’t these creators taken the trouble to innovate more when it comes to their customer segment?

And why the fixation on pink? This is a typical visual of games the internet decides girls should like: 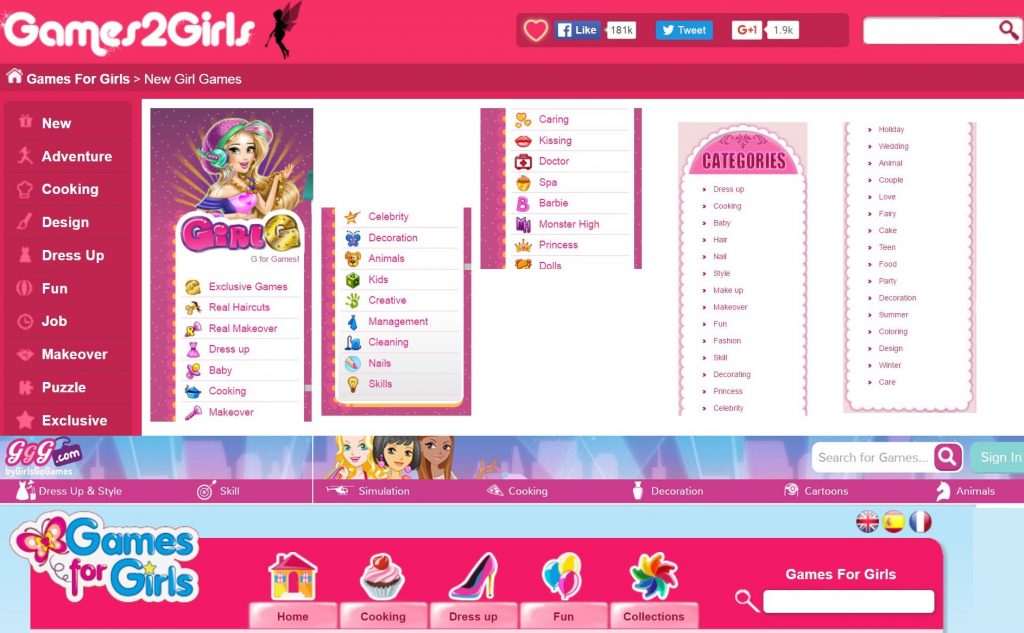 The Ladies Finger looked at five popular gaming websites and organised their categories into a comparative chart, so that we could be clearer in our horror. We deliberately refrained from using pink in the bar charts so that our eyes could recover. 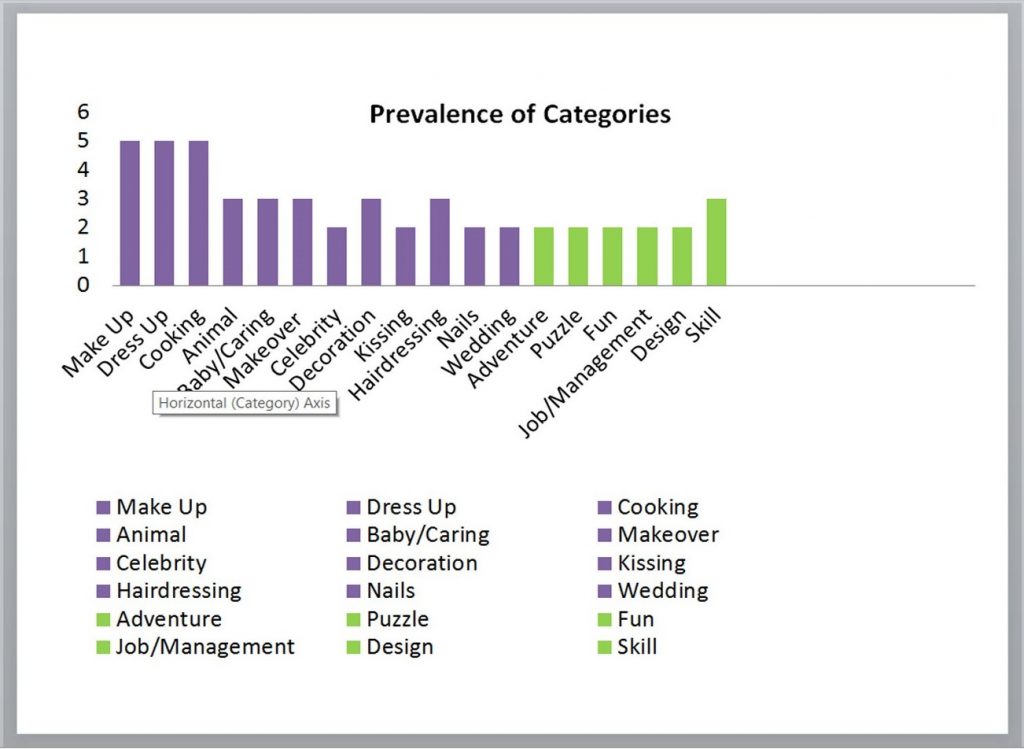 We decide to be excited by the presence of categories like Job/Management and Skills, as encouraging signs of progressiveness. However, when we delved deeper it seems the chief jobs available to girls in this world are that of waitresses and animal caregivers, while entrepreneurship is limited to flower shops, juice parlors, salons and fitness centers. 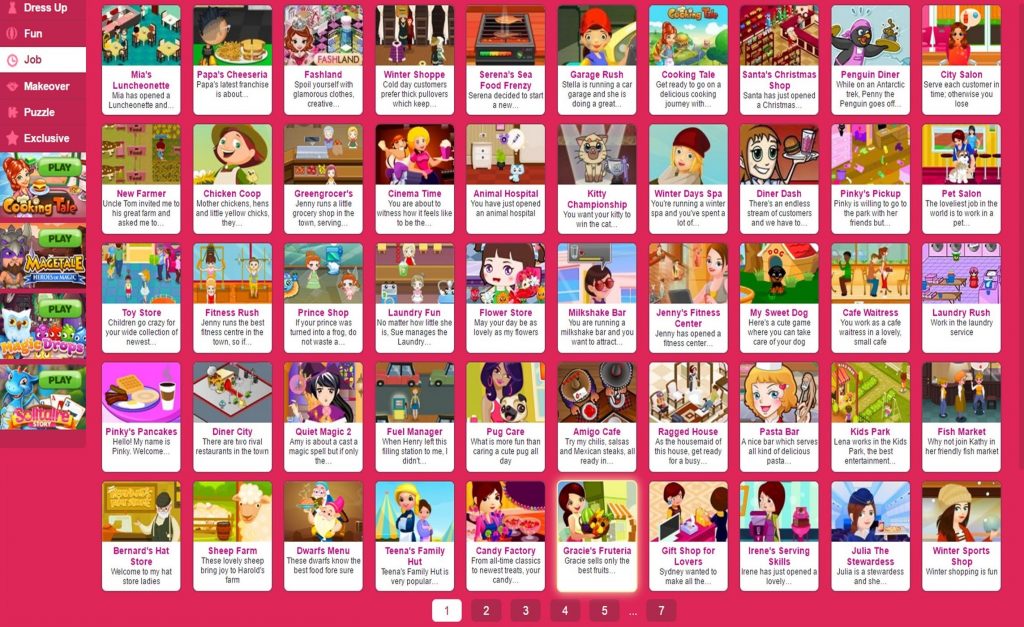 As for the skills on one website, the disappointment almost broke our hearts. 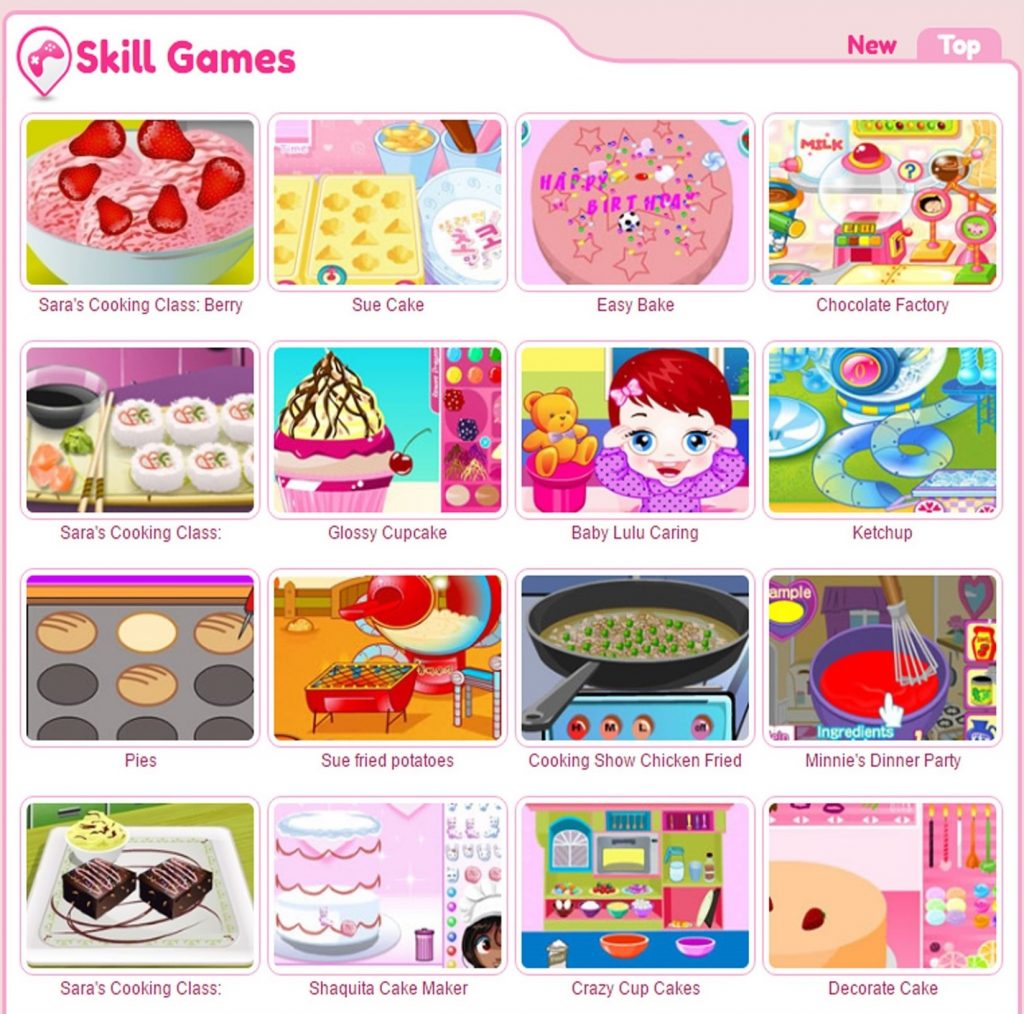 Next came the mysterious ‘simulation’ category. We expected it to be battle simulations and shooting games, like the helicopter icon suggested. But weren’t we surprised? 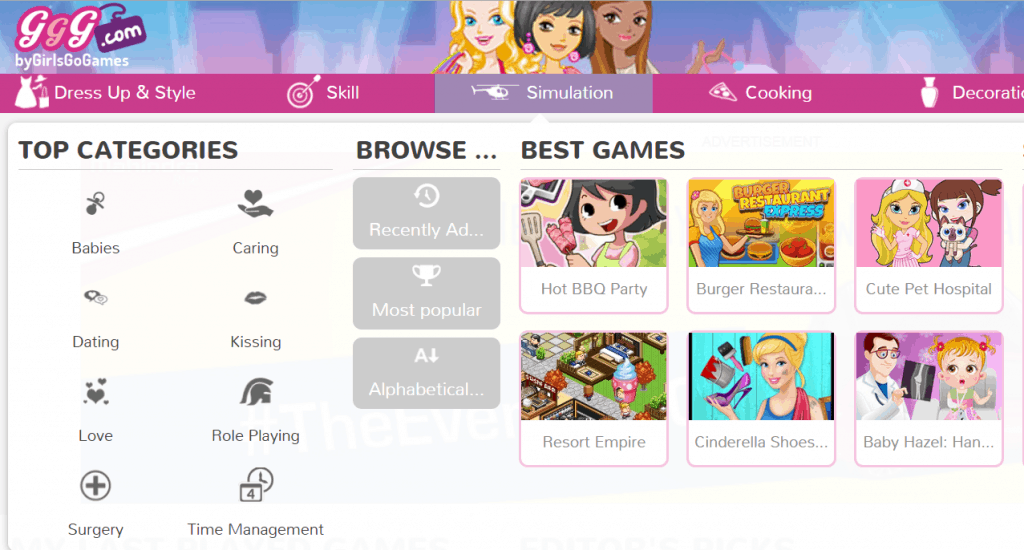 Then there were blatant reinforcements of heteronormativity. We checked every game. No queer action anywhere. 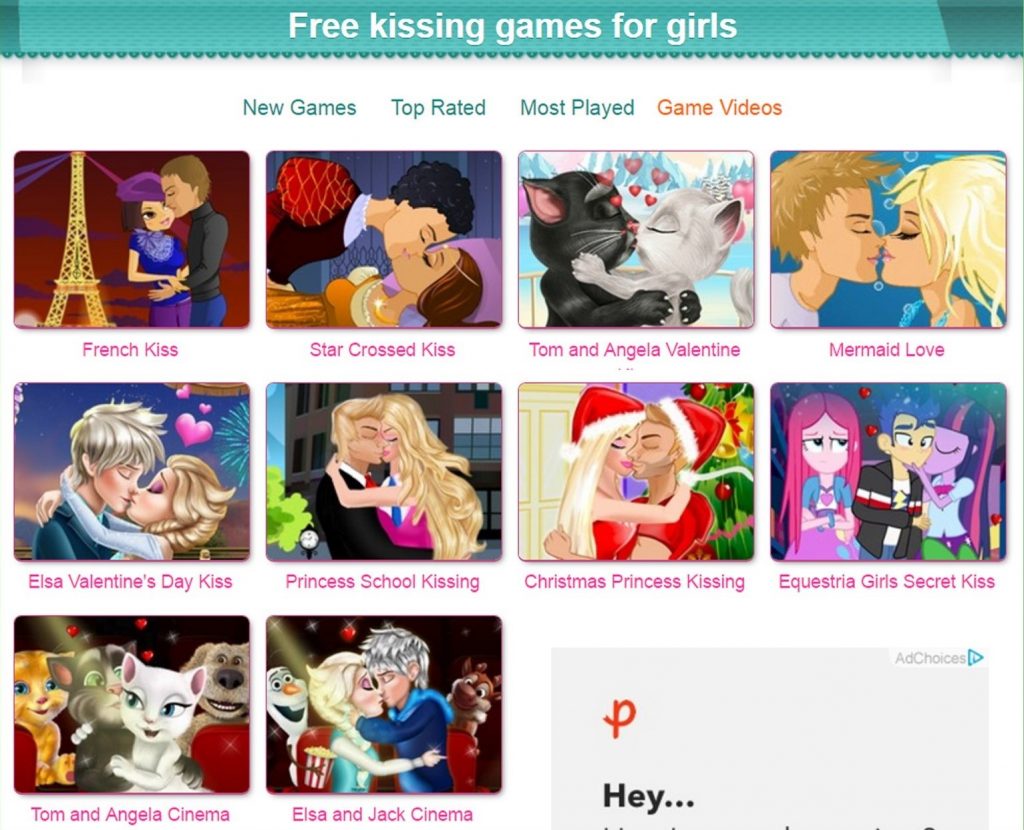 Does it mystify you that the gaming companies assume that young women will be interested in becoming doctors chiefly for the sake of their future pregnancies? 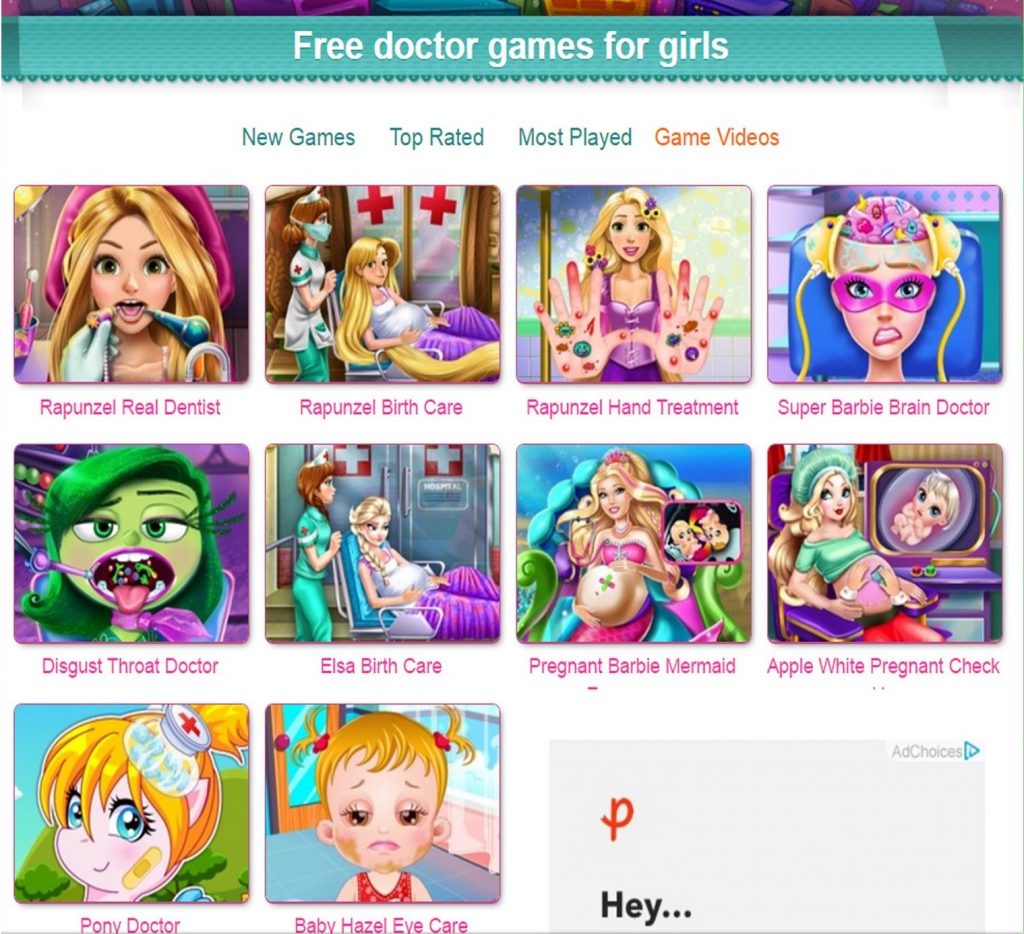 These websites, with their glaring impositions of archaic gender roles and expectations, actually have quite healthy user bases. Some sites like GirlsGoGames having over one and a half million Likes on Facebook. 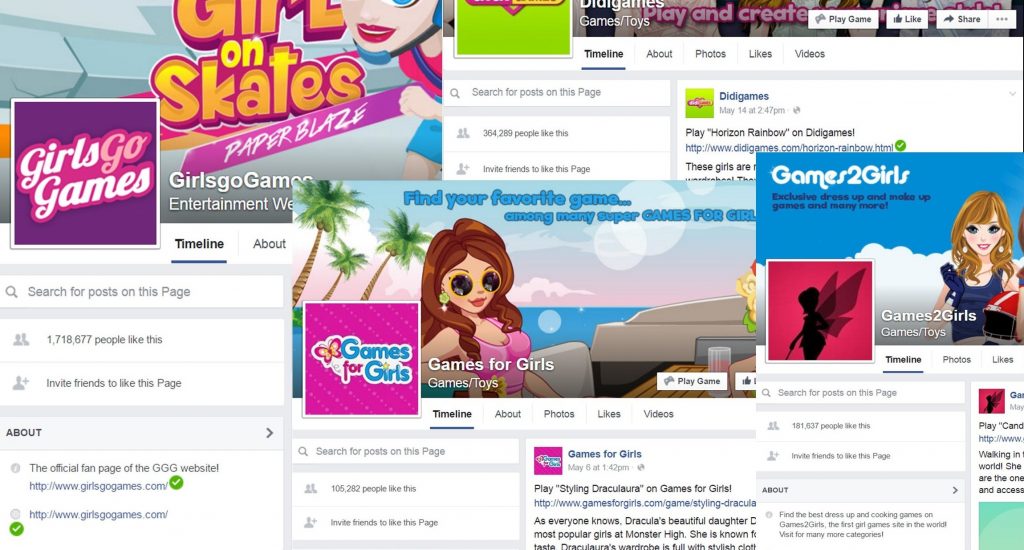 We thought we would take a look at how girls might encounter these games in the first place. Turns out Google suggests gendered websites for games at the drop of a hat.

So how about some of the seemingly gender neutral game sites? At these, too, we found specific subcategories dedicated to girls and boys. Why can’t dress-up games simply come under a “Dress-Up” category meant for anyone who is interested? Why do they need to be dedicated to girls and further lessen the chances of boys playing them? We found this trend even in gaming sites for boys, sites like Agame. 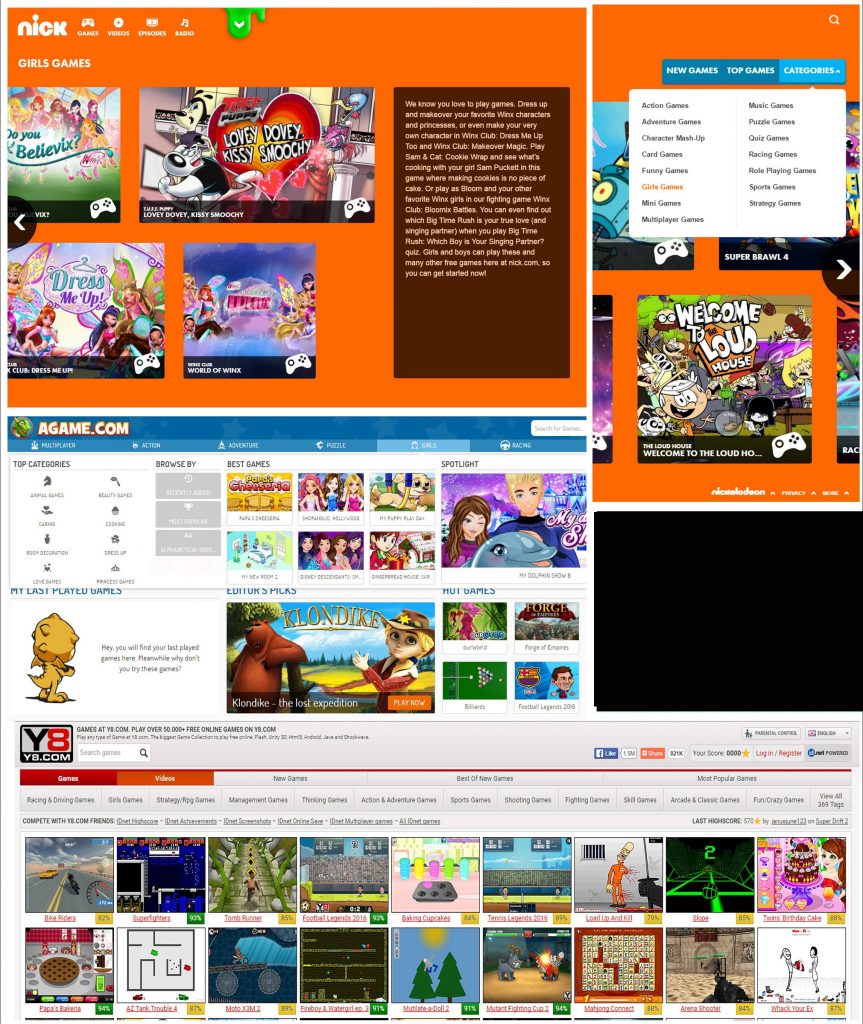 How can positive, non-stereotypical and diverse role-models for children change the kind of content available for them? Let’s take Dora the Explorer as an example. She is a Latino girl who loves adventure and is the protagonist of her own show in which she solves mysteries and kicks Swiper the villain’s ass on her own as well as with the help of friends. She even has episodes like Dora Saves the Prince with fairly subversive storylines.

Dora also has a popular gaming site similar to the others we examined, except that her games feature a healthy mix of action and adventure along with the usual dressing up and cooking. Apart from the glaring pink background, with games like Dora Boots Math Fun, Dora Dashing Makeover, Dora Super Soccer Showdown and many others, this website seems to be one of the few that provides diverse options in the form of a non-stereotypical character. Can we have more Doras already, please? 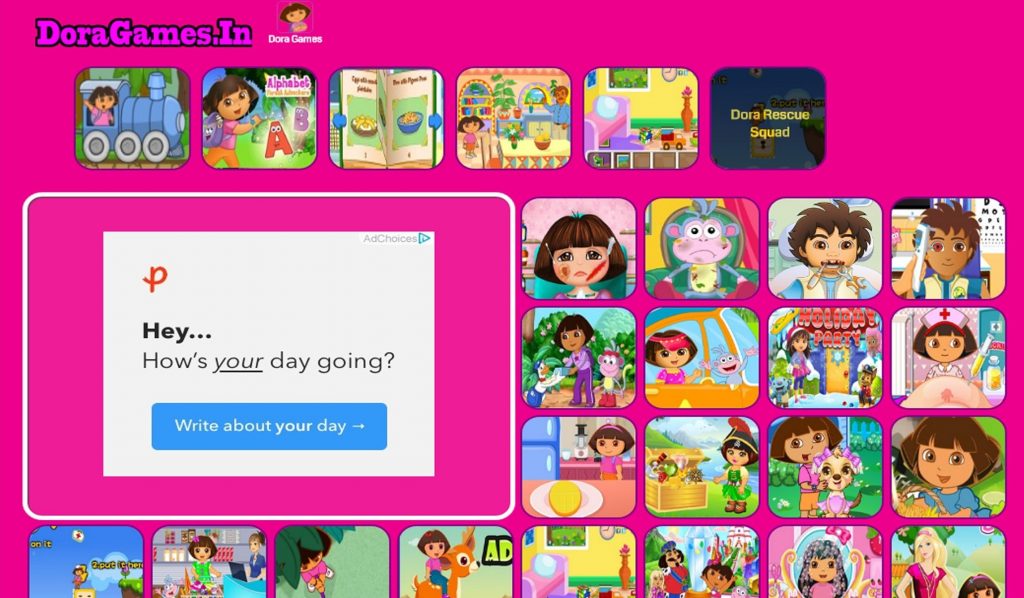 With new games being created daily for such websites, creators and marketers should realize the opportunity they are missing by adhering so strictly to prevailing gender stereotypes. There’s a whole world out there that young girls are exploring, and if they don’t find it in online games they’ll just go play elsewhere.

Image credit: Skipping Girls by Surtr via Flickr/CC by 2.0

The Indian Government is Ruining Pink for Us. Again.

4 Responses to “Guess What the Internet Thinks Little Girls Should Be Playing?”