HomeNewsManipur is Reeling Under 10 Days of Demonetisation ...
November 19, 2016 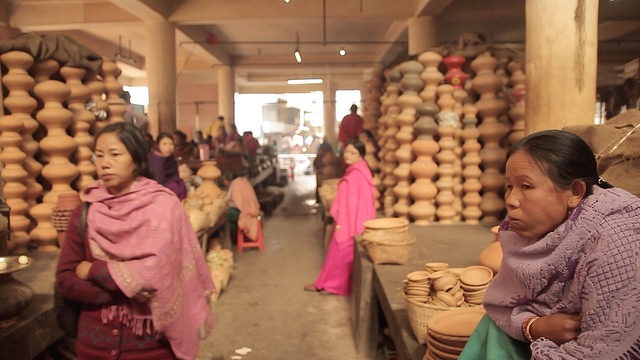 The past 10 days have been fraught with harrowing stories about people across the country struggling with the aftermath of demonetisation. A recent essay by the former Chairman of the National Statistical Commission Pronab Sen even speculated that the overnight action might well have destroyed the informal sector permanently while also having a hugely adverse impact on chit funds and other non-banking lending institutions. It is now a familiar story. But add to this the chaos of an economic blockade and you have the nightmare that Manipuri citizens are living through at the moment.

The United Naga Council (UNC) organised a 48-hour strike – a “total shutdown in Naga territories in Manipur” – from October 30 midnight to protest the Manipur Government’s proposition to create two new districts, Sadar Hills and Jiribam, in regions that include Naga ancestral land. This is a decision that apparently goes against the four MOUs, signed between 1981 and 1998, which were agreed upon by the Naga organisations and the Manipur government. An article in the Morung Express argues that the Manipur Government’s inconsistent stance as regards the Naga and Kuki communities might be largely responsible for the extremity of the current situation.

The 48-hour strike immediately transitioned into an indefinite economic blockade imposed on Manipur’s two national highways on November 1, 2016. Two weeks later, there are no signs of it being lifted and citizens are understandably despondent. The horror of the situation can be gauged by Imphal resident Raees Ahmed being quoted in The Citizen today: “We are going to die like this,” he laments, having forked out Rs. 700 for two litres of petrol for his vehicle, Reports from last week said there was no more diesel, kerosene or LPG cylinders available in Manipur.

Frustratingly, some 150 oil tankers are stranded in Assam and 1,800 trucks with food supplies are unable to pass beyond the Manipur border, although fuel tankers carrying fuel and consumer items including food stuff were escorted into the State by police commandos on November 16. 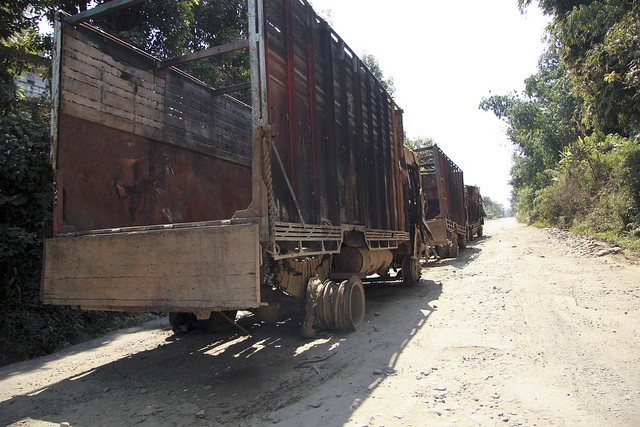 Unsurprisingly, the black market has gone into overdrive. Though several petrol pumps remained closed early into the blockade, petrol was already going for Rs 250 a litre in Imphal and higher than that in surrounding districts. The blockade has hit schoolchildren. Exams are round the corner and school vans have suspended services because of unavailability of fuel, and two major newspapers decided on November 17 to halt publication of the 20 dailies Imphal brings out because they have run out of money.

Mary Beth Sanate, a human rights activist based in Churachandpur, a district in southwestern Manipur, says that the high cost of petrol and diesel has created immense problems for women vendors. Autorickshaws have doubled their fares. The prices of onions, potatoes, garlic and fruits that come from outside the state have spiralled, so even if the women were able to avail themselves of transport and sell their produce, they would find themselves with an unviable profit margin.

Sanate adds that the already grim situation has been exacerbated by demonetisation. “A significant number of women in the districts make a living by selling eatables imported from Burma or cooked meals door-to-door. Some women sell the clothes they weave. For half a month now, they either haven’t got their stocks or haven’t been able to make it to the state capital. Their incomes have stopped. Demonetisation is making things worse each day, and it’s been the hardest on single mothers. School examinations are approaching and all tuition fees are due this month. One of my neighbours, a widow, waited at the bank for three days and couldn’t withdraw money for her child’s fees,” she says.

Playwright and theatre director Swar Thounajam agrees that the worst affected groups are women vendors. She points out that those from outside Imphal usually travel to the city early morning when trading begins around 4:30 am. They catch the line buses to reach the Khwairamband bazar,the iconic women’s only market in Imphal. Naturally, with the national highway being blocked, this system has been completely disrupted.

Post-demonetisation, women who run kiosks and shops don’t have change to return to customers and hence are forced to shut their establishments. Instead of selling their ware to keep home fires burning, they now find themselves standing in queues before banks as early as 4 am for precious cash, says Thounajam.

“Women who were part of a marup (an informal lending system popular in the Meitei community where 15 to 30 women come together, borrow money and pay back Rs 5,000 or Rs 10,000 a month) are in even worse trouble, with no legal tender available,” she adds.

And then there are women rendered effectively unemployed by demonetisation – those who sell cinema tickets in black in Imphal, for instance. Desperate with their precious income cut off overnight, they are apparently taking up work as stand-ins in the ubiquitous, snaking cash queues at banks in return for a small commission.

Meanwhile, citizens in Manipur, furious with the United Naga Council, have initiated a counter-blockade. Last week, a large number of women were allegedly amongst the protestors intercepting cars on the Imphal-Ukhrul road and other parts of the state, gunning for the UNC, which they accuse of destabilising life in the State. A woman, who lives in a part of Ukhrul with a high Naga population, says it was in full force in her area: “The counter-blockade by the valley people is even worse than the economic blockade. They are attacking Naga people, seizing their bags and their belongings.”

Needless to say, this ruthless backlash against the Naga peoples and the sudden demonetisation could well be the last straw for Manipur’s citizens, already burdened by the cessation of transport, loss of daily wages, price increase of vegetables and essential commodities, and the scarcity of stocks for reselling.

Now that the Centre’s attempts at intervention in the UNC-Manipur Government conflict have not headed anywhere, there seems to be no end to their misery.

‘My Stalker Didn’t Have a Face, Just Many Numbers’

Why Did This Activist Tag the PM in Her Outraged Posts?