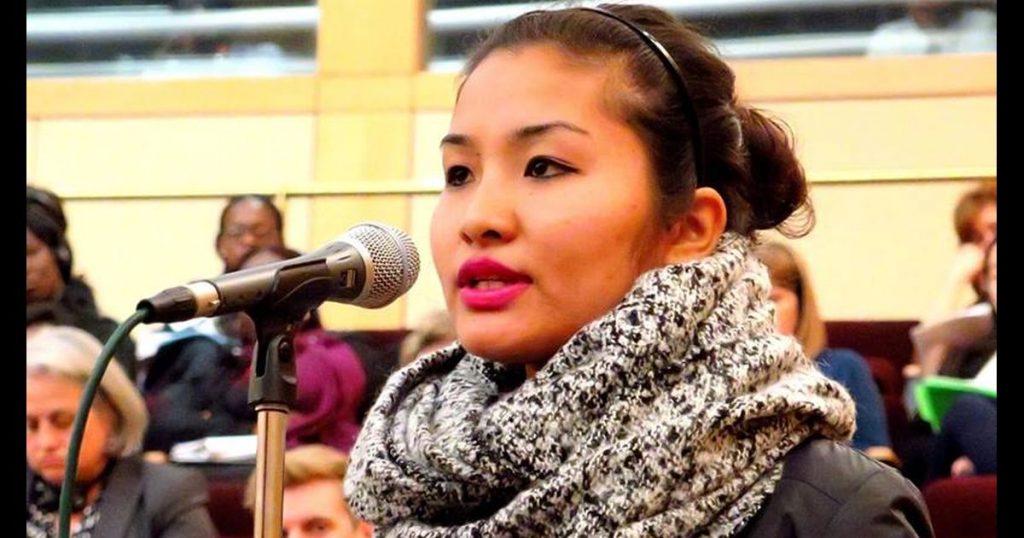 Monika Khangembam, a young woman from Manipur, who has been in the news over the weekend due to her Facebook post about racist behaviour she faced from Indian immigration officers. She has posted again on Facebook responding to the absurd criticism she has received for interpreting the immigration officer’s remarks as racist.

On 9th July, Khangembam was at the Indira Gandhi International Airport in Delhi, on her way to Seoul, Korea when an immigration officer looked at her passport and reportedly said, “Indian toh nahi lagti ho” (You don’t look Indian). She said he asked her questions completely unrelated to her trip, “See… You yourself need to know your Indianness. How many states are there in India?” She pointed out that it was racist because the officer bullied her into answering questions to prove her Indianness rather than information about her trip like where she is going, who is funding her trip etc. Even after repeatedly insisting that he let her go because she was getting late, she said the officer smirked at her, remarked to his colleague (a woman) who also taunted her and giggled at the situation.

Khangebam ended her earlier post by asking, “Is there a way to complain against these bullies?” In response, Sushma Swaraj, External Affairs Minister reportedly said on Twitter, “I am sorry to know this. Immigration is not with me.” She further said that she would speak to Rajnath Singh to sensitise the immigration officers at the airport.

In her new post, Khangembam said that she saw some comments on other pages saying things like, “stupid woman, that’s not racism. Immigration people ask all sorts of questions… don’t play victim card.” She even asked “liberal Manipuris” to save their lectures to her on reverse racism for another time.

Khangembam stressed that she and other from the North-East have faced subtle racism “in the form of a sarcastic remark, smile, or attitude” which are not normally expressed in a tangible manner. She will return to India in 15 days and will take up the matter officially, she said.