HomeCultureMusicWhy You Must See Matangi In Action
June 18, 2013

Even if you have never heard of her, you have heard her. If nowhere else then on some reality TV show dance competition. Remember O Saya from the Slumdog Millionaire soundtrack by AR Rahman (who referred to her as a “a real powerhouse“)? Her track Paper Planes enjoyed so much popularity that it was not only on the soundtrack of Slumdog Millionaire and in the trailer for Pineapple Express but Street Sweeper Social Club also did their own version of it. 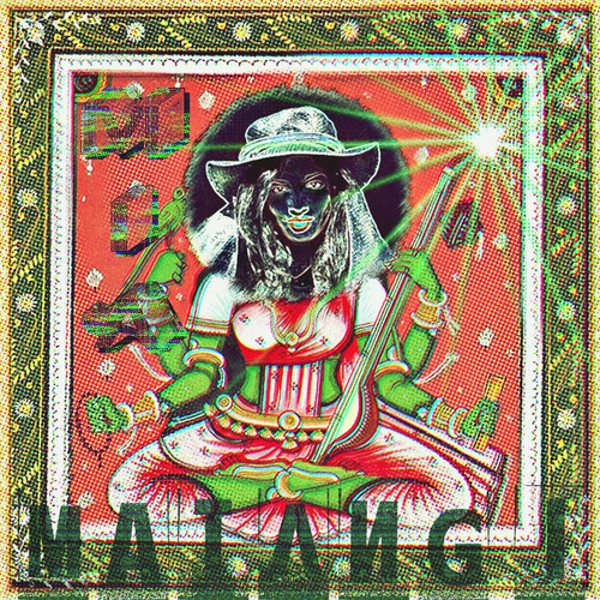 Yes, MIA is back. Maya is back. Matangi is back. One need not have used three sentences to say that she is. MIA is her stagename. Maya is what she calls herself. And Matangi is the name she was born with. A visual artist, filmmaker and above all one of the bestselling pop musicians of our times, has just released a track from her latest album Matangi, and it is aptly called Bring The Noize. (Read more about Matangi.)

MIA’s work, as a recording artist and as a painter and designer, often incorporate political, social, philosophical and cultural references that to some might be obscure and to some are signals to go seek information that isn’t fed to one using the mainstream spoon. Nevertheless, her style takes the anti-intellectualism of mainstream pop through a somersault and flips it on its head without losing her essence, her message or her influences. Bring The Noize has all that and some more. She planted her feet in glitch with the release of her second mixtape “Vicki Leekz” and Bring The Noize plays with the glitch and the noise like only a British pop star can.

Some lines from Bring The Noize that clearly stand out:

Come let me go, do you like my perfume?
Made it at home with some gasoline and shrooms

Alotta be pissed their mates we were yanks
Cause it’s not me and you, it’s the fucking banks!

MIA’s Bring The Noize is out just at the same time as self-proclaimed lyrical genius Kanye West releases his first earnest album. The tracks on Yeezus that we have heard so far from television performances, youtube officials and bootlegs, also seem to have noise and glitch influences but they are more well-rounded than the culture-bender that MIA is.

This is what Maya had to say about her latest release to Zane Lowe of BBC Radio 1:

We’re having to deal with the concept of freedom in more ways than one right now, and also I’ve been in America since September, and all those stories in the front page and stuff now, I think it’s a good time to bring out something like this even though I wrote this song a year ago or something. Always felt it was more of a British record, I think conceptually it’s everything, it’s everywhere, people anywhere can listen to it.

In the same segment on Lowe’s show after they played the track, she hinted that this could be her last record with a major label.

It’s just one of those things where I’ve given up at this point. I was literally going to start putting out records from my bedroom.

Whether MIA will try the Trent Reznor way or not, is yet to be seen. Although, Reznor did return to a major label on realising the need for Big Marketing. This star-label relationship in the music industry is looking more and more like the one of a pati-patni with the Internet being a torrid and irreverent woh.

Five MIA tracks you must listen to if you’re a fan of pop music:

When Hip-Hop and Ballet Combine, Can Racists Be Far Behind?

3 Responses to “Why You Must See Matangi In Action”