HomeSportsSportsBeing a Woman Sports Journalist Can be Pretty Roug ...
September 3, 2016 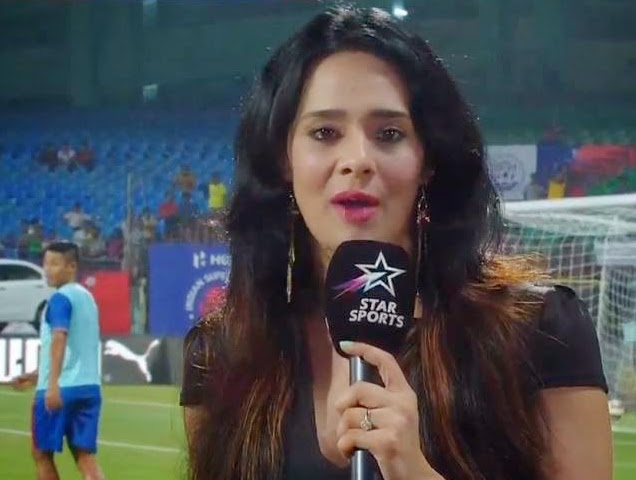 On August 31, after receiving abuse from trolls blaming her for her husband Stuart Binny’s performance in an India vs West Indies T20 match in Florida, Mayanti Langer, a well-known sports journalist and TV presenter, had had enough. She posted a letter on Twitter directly addressing her trolls:

In being trolled for her husband’s performance, she is not alone: actor Anushka Sharma was trolled by cricket fans when then-boyfriend Virat Kohli failed to deliver in the 2015 World Cup semi-final against Australia, and in October that year, against South Africa in an ODI in Mumbai.  Freelance writer and social media editor Susie Verrill, girlfriend of British track and field Olympian Greg Rutherford, recently spoke up about the endless, sometimes violent abuse she receives on social media whenever Rutherford is in the news.

But the cons of being the spouse of a sportsperson aside, being a woman in sports journalism is a tough game. Mandira Bedi knows this, as one of India’s first female cricket anchors. Her clothes received more attention than her sports commentary did in the early 2000s, and in an interview in 2008, she said that starting out in cricket hadn’t been easy. “People were not used to seeing a woman fielding question on cricket,” she said, and when asked about being “controversy’s favourite child” as an anchor, she said, “It was all the handiwork of people who had difficulty in accepting a woman doing well in a field that was known to be dominated by men.”

In the TV game, unfortunately, as former cricket editor for NDTV 24×7 Anjali Doshi pointed out in 2013, women are set up to fail. For the IPL, women with little experience in sports journalism are selected to be presenters based on their looks, and blamed for asking weak questions, while women with experience as sports journalists are sidelined. Doshi quoted Neeraj Vyas, business head at MAX as saying the women anchors change each year because they have to be “younger and fresher”. Senior sports journalist Sharda Ugra in  pointed out in a 2013 piece about sexism in the IPL that Isa Guha, former fast bowler on the England women’s team, was asked by Navjot Sindhu and Sameer Kochchar which IPL player she found hottest and which of them was the best dancer. Vyas also reportedly said, “The focus is on fun and entertainment and not on serious cricket … The girls are not chosen for their knowledge of cricket.”

When TV bosses aren’t afraid of airing these views, perhaps its no surprise that cricketers like Chris Gayle think it’s acceptable to openly flirt with a TV journalist and say, “Don’t blush, baby” when she asks him about his game during the Big Bash League. Offscreen, Gayle told journalist Charlotte Edwardes he had a “very, very big bat” while she was interviewing him.

In her essay “Inside Sexism” for The Cricket Monthly, Trinidad-based editor of UWI Today Vaneisa Baksh detailed her tussles with the old boys’ club of Caribbean cricket through her career, mentioning how she was deliberately excluded by male journalists and denied membership of Queen’s Park Cricket Club for being a woman. Heartbreakingly, she even included a lewd calypso sung about her, called “I Want to Be a Member”, that ends like this:

Now you heard the story
About Vaneisa versus Pappy
Go and get married quickly and forget about QPCC
Or go and join the nunnery and keep your virginity
A Parkite means men, you must know
We don’t want no woman to spoil we show

Baksh was finally given membership in 2007. While she acknowledges that times have changed since, she says behaviour “highly charged with testosterone” when it comes to players and colleagues is still more common than expected.

In April this year, renowned sports journalists and presenters Sarah Spain and Julie DiCaro participated in a video in which men read out tweets to them that they’d received. It was meant to be in the vein of Jimmy Kimmel’s ‘Celebrities Read Mean Tweets’, but the tweets were far darker, and included hateful messages and threats of violence, leaving the men visibly uncomfortable and shaken.

The problem is that for many, women are still seen as interlopers in the world of sports journalism, whether it’s broadcast or in print, if they aren’t there to entertain. But it’s time this changed: the women in sports journalism are here to stay.

“First Off, Please Stop Telling Us How We Must Cover ‘Women’s Issues'”: An Open Letter to Khabar Lahariya’s Male Media Colleagues