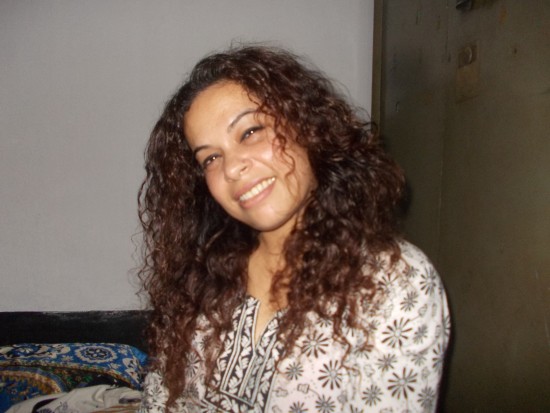 Inspiration comes from people who work hard enough to win Nobel prizes, people who raise money for charity for different causes, people like Mother Teresa, Mahatma Gandhi, also the one too many soldiers who gave up their lives to fight for this country. Inspiration comes from people who do good in the world and magically combust, or people who walk on the moon and climb Mount Everest. I wish I could be inspired by such great people, but all they do is make me feel content that I live in such a world where everything is possible, even flying for instance. Everyone aspires to be one of these people, but my reality is different. The only person I dreamed to be like is my mother.

She had her bad days, never completed her education, she’d drink, she’d smoke, she’d sometimes get into my clothes too, she had 21 tattoos and a whole lot of scars from mutilation, she was a rebel, she never had a permanent job. But my mother was one of a kind. She taught me to believe in myself: “Never is it important to fit in, its okay to stand out, and enjoy the view,” she’d say. There have been days where we never had any money, not a rupee at home to eat. “It’s okay”, she’d smile reassuringly, “at least we have each other.”

Suzette Katrina Jordan was my Mama’s name. She had her own perspective, her own logic as to how life should be lived. She was incontestably stubborn and unbelievably broad-minded. She believed in being real, like the beauty of waking up at noon and looking ugly from the smeared makeup, she believed in the twinkle of someone’s eyes and the glow on their faces, when they spoke of something they loved, the truth, like a visitor at our place and their reaction to an untidy house and an unmade bed, or a sudden skip of a heart beat when the favourite character in a movie died. My Mama taught my sister and I to live for the small moments, moments like our first kiss, the adrenaline rush during a thrilling moment. She taught us to work hard just to be Able enough to fight this world. She taught us that no work makes you big or small, and no job defines you. Mama taught me to stay humble, “No matter how much money, pride or ego we have, all our coffins are made the same size.”

Words fall short and pages less, to describe the woman I was brought up by. She was the only person I know who has from the beginning till the very end been true to herself, and learned from her mistakes, even though she made one too many of them. She showed me that no one is perfect, and that we shouldn’t judge anyone. Sure my mother taught me things the hard way, but at least now I know that even when I’m all alone and have nothing, I will always have myself, the one that I’m true to and at peace with, the part of me that won’t make me feel so at a distance from myself.  When I grow up I want to be like my Mother, be REAL. Would you dare to? What do you have to lose?

Rhea Jordan is a student and lives in Kolkata. A version of this essay was first written for a school assignment shortly before the death of her mother.

What are the Conspiracy Theories About Sridevi’s Death That Everyone’s Talking About?

61 Responses to “My Mother, Suzette Jordan”