HomeNewsThe Bizarre Case against Neha Dixit and Our Press ...
August 15, 2016 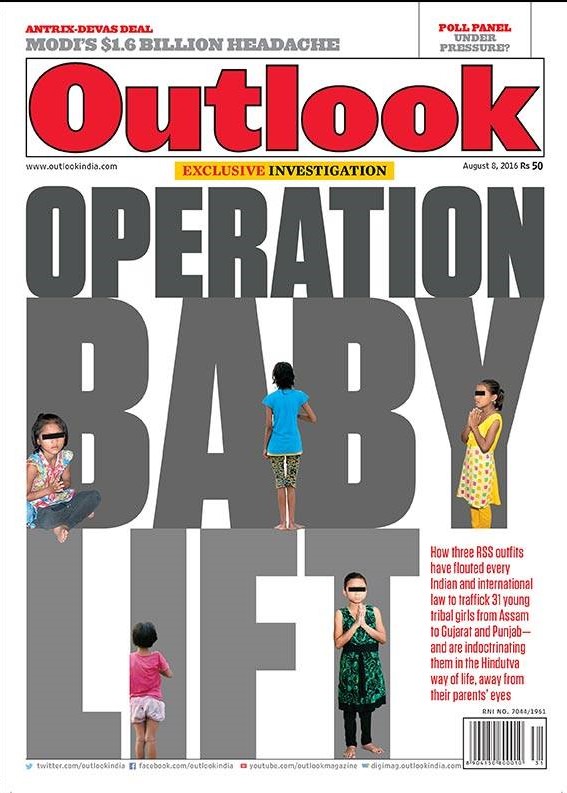 On 29th July, Outlook magazine published a cover story entitled Operation Baby Lift (or Operation #BetiUthao) by the award-winning journalist Neha Dixit — “a five-part investigation on how the Sangh Parivar flouted every Indian and international law on child right to traffic 31 young tribal girls from Assam to Punjab and Gujarat to ‘Hinduise’ them.”

The investigation shows how Rashtriya Swayamsevak Sangh’s (RSS) affiliates trafficked 31 Assamese tribal girls to Gujarat and Punjab. The story alleges that the children were taken on the pretext of being educated, but the real reason was to indoctrinate tribal children on the lines of the RSS’s ‘ghar wapsi’ programme. The story also says that the children were not allowed any contact with their parents. 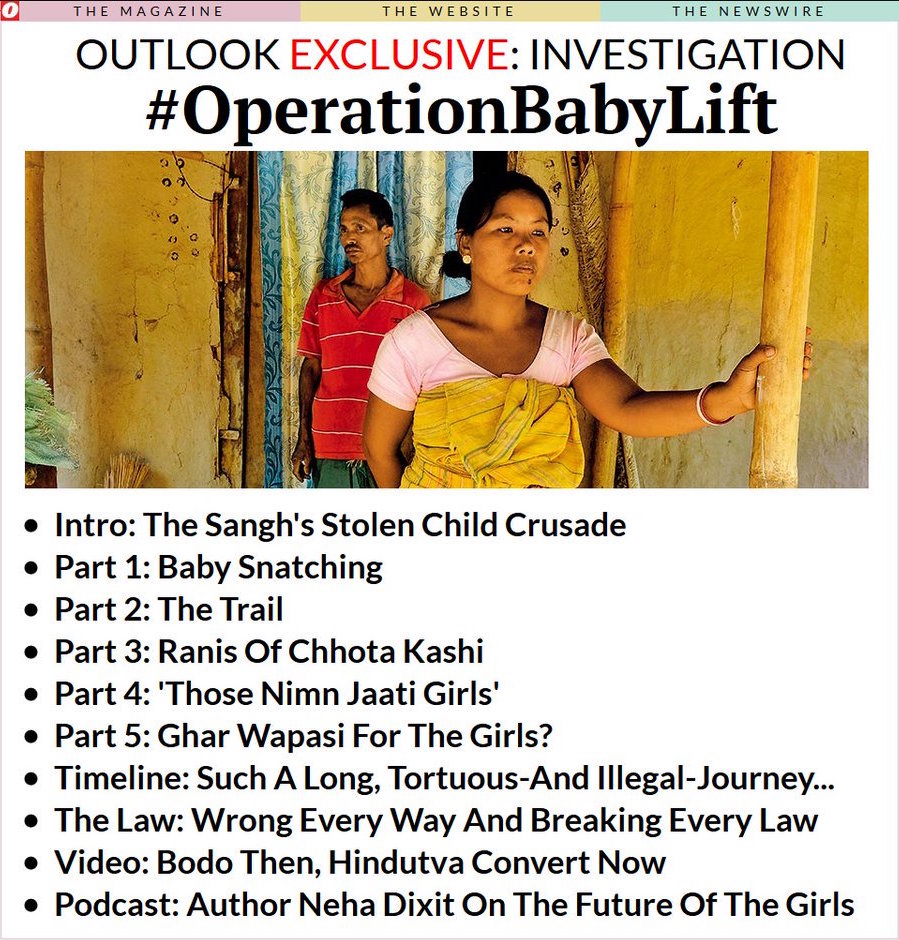 The Assam State Commission for the Protection of Child Rights, the Child Welfare Committee (Kokrajhar), the State Child Protection Society, and Childline (Delhi and Patiala) apparently directed the organisations to return these children to Assam, but their orders were violated and ignored. Dixit argues that the RSS outfits broke several laws, including the Juvenile Justice Act of 2000 and its amendment in 2006, and concludes that such trafficking is a very subtle form of Hindu indoctrination by the Sewa Bharati.

Since the story broke, there have been both official and unofficial attacks and rebuttals against the story and its author. Monika Arora, Supreme Court Advocate and a member of the Rashtra Sevika Samiti, wrote a blog post calling the story “nothing but the perverted imaginings of a sick mind”. (This reply was also published by Outlook.) The RSS published a press release denying any crimes and sticking to the line that they have been tirelessly working for 80 years in service of society in India. Priti Gandhi, a member of the BJP Mahila Morcha National Executive, published an open letter oposing Dixit’s findings.

Besides these official responses, Dixit has been receiving vitriol on social media, including hate speech and threats of violence. 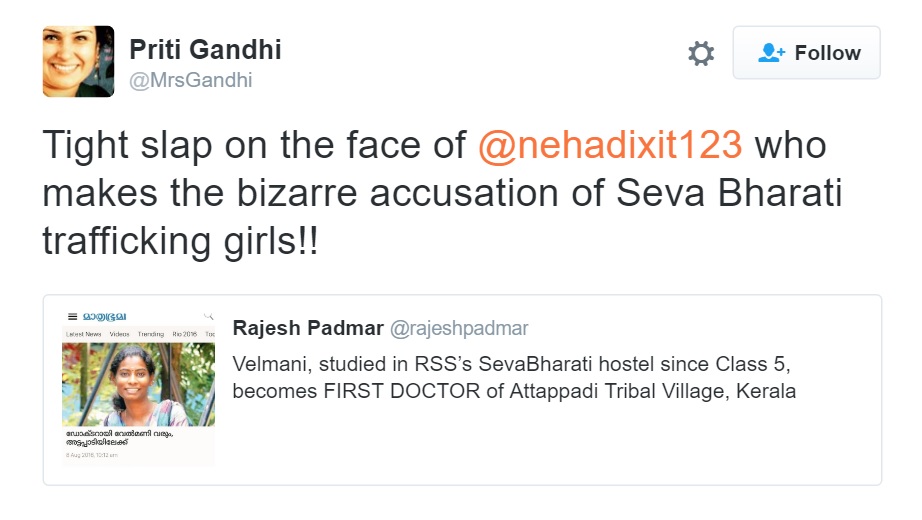 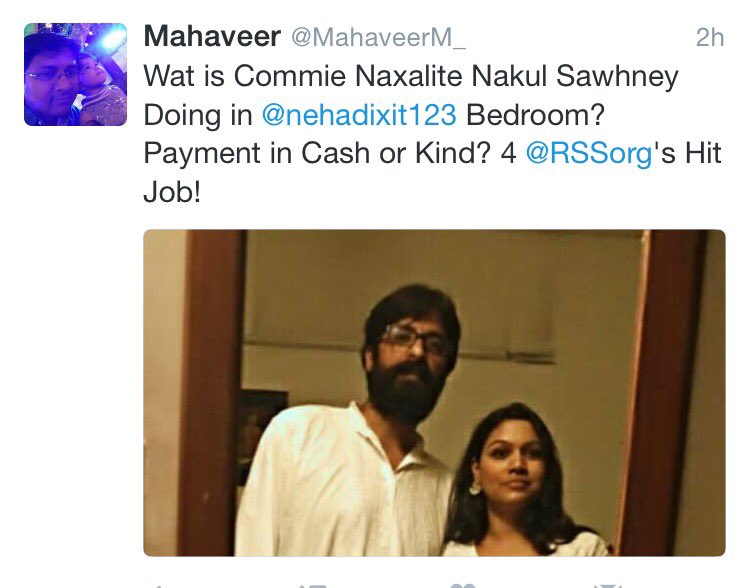 One statement argues that “instead of launching an investigation into the trafficking, the police have chosen to act on a frivolous and motivated complaint against those who exposed the crime.  We demand that the police immediately file charges against those who conduct child trafficking…We condemn these familiar and reprehensible tactics of the RSS machinery and appeal to our legal justice system to be alert to the misuse of courts and legal machinery by these forces. We also demand that all criminal action against Neha Dixit and Outlook be dropped, as this is an intolerable attack on freedom of the press to publish thoroughly researched articles in the public interest.”

In a follow-up interview on 2nd August, Dixit asked her various detractors to oppose her story with facts rather than name-calling. Outlook also published a follow-up piece where Dixit reiterates that she is calling for her facts to be countered by facts. However, on 13th August Outlook mysteriously replaced Krishna Prasad with a new Editor-in-Chief, Rajesh Ramachandran, without an explanation for the sudden move. 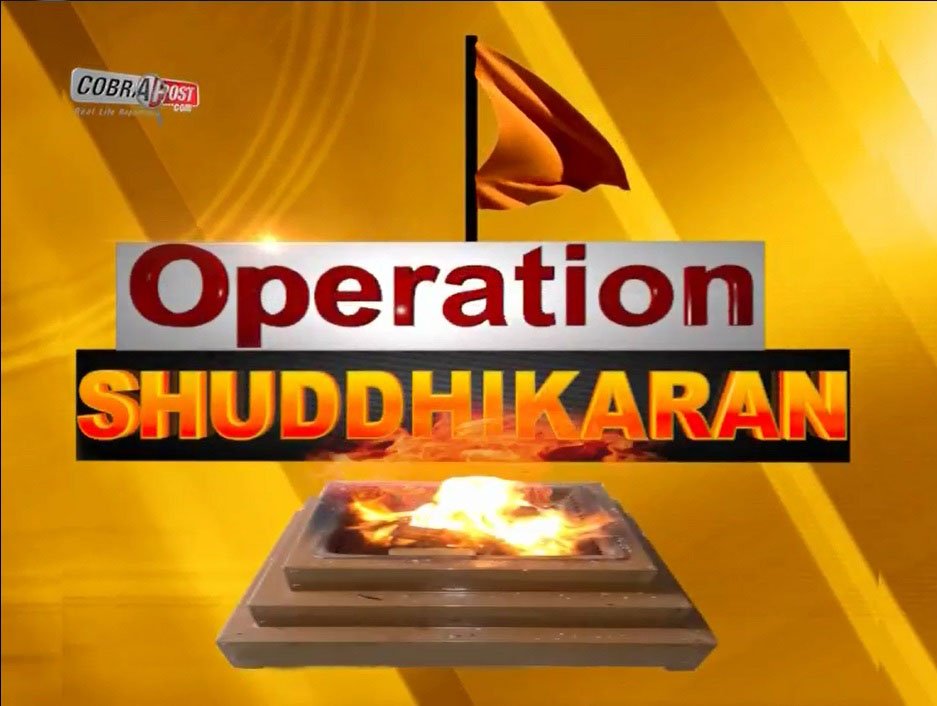 The noise around the Outlook story has also overshadowed the interesting fact that the investigative website Cobrapost also published a piece on the same premise, entitled Operation Shuddhikiran, on the same day as Outlook. Cobrapost editor Aniruddha Bahal called this a “good coincidence” while Dixit claimed that Cobrapost had “followed up” on her much more detailed and documented piece. Either way, what remains salutary is that both journalistic investigations reached the same conclusions of criminal treatment of children.

It’s also useful to remember that Tehelka magazine published an investigative piece back in 2009 on how “an ambitious RSS social engineering project is transporting children from Meghalaya to Karnataka to bring them up ‘the Hindu way’”, and that “the transportation of children without clear consent letters from parents and guardians is a clear violation of the Juvenile Justice Act”.

1. Why are children from Assam not educated in Assam? Why were they sent to Gujarat and Punjab?

2. Why keep the children away from home, parents and siblings for years?

3. Why make the children stay in sub-standard children’s homes?

4. Are these ‘homes’ registered ? Are they ever inspected? Where are the reports?

5. Do these ‘homes’ receive grants from the government?

6. Why are parents not given any access to report cards or informed about the children’s progress?

7. Why were girls in Saraswati Shishu Mandir in Gujarat described as ‘orphans’, especially since the Samiti claims to have obtained affidavits of consent from their parents?

8. Did the Supreme Court order of 2010 directing Manipur and Assam to ensure that children below 12 years are not sent out of the state applicable only in cases where Christian missionaries are involved?

9. Why are the ‘homes’ run by RSS affiliates cloaked in secrecy and kept out of bounds for journalists? What are they trying to hide?

10. Shouldn’t the RSS affiliates be accountable to state assemblies and Parliament? Why oppose independent social audits or inquiry by a Joint Parliamentary Committee?

Sunny Leone Adopts a Baby. People Decide to Show How Pathetic They Really Are

What Happened When This Woman Found Out She was Having A Girl?