HomeWatchlistCinemaIn Defence of OK Kanmani and the Work Ethic of Man ...
January 23, 2017

In Mani Ratnam’s Alaipayuthey, there is a scene where Karthik’s (played by the then heartthrob R Madhavan) father wearily gives into funding his son’s start-up. An affluent Brahmin lawyer in Chennai, he tells our hero, “You refused to study law, instead you loitered around computers…” I get the feeling, watching the post-Alaipayuthey Mani Ratnam oeuvre, that’s as much the director understands of the kind of jobs young people in technology do today.

If Karthik was someone who ‘loitered around computers’, Adi (played by Dulquer Salman), aka Aditya Varadarajan, a not-so-affluent Brahmin from the West Mambalam neighbourhood (Adi’s brother in a later scene instructs that he should log in to makemytrip.com immediately and book the cheapest flight to Chennai) in Ok Kanmani, is a game developer.

What we see Adi actually do in the film is only play this very exciting and artistic-looking game involving chase sequences in Mumbai. His ‘developing’ of said game is left to our imagination, I suppose. The young Arjun (Siddharth) in Aaytha Ezhuthu, waits in queue for a US Visa, but we never learn what he does/did in India or what he plans to do in the US. The vague things that these men do are only appreciated or expected to be, by someone in the United States, catapulting them to riches.

All this indulgence into discussing three of the dreamiest heroes in Tamil cinema is only to say, I was puzzled by Ila Ananya’s observation in her recent piece on Ok Jaanu (Hindi remake of Ok Kanmani) that “we never see Tara seriously working at her architect job like the few occasions we see Adi designing his video game”. Now, I haven’t seen Ok Jaanu, but Ananya swears that the Hindi version stays so faithful to the Tamil one that even the light falling on Tara’s (Nitya Menen in Tamil and Shraddha Kapoor in Hindi) face is done in the same way.

I suspect this claim partly because the Tamil couple certainly stole no Coke bottles or food from other people’s plates in the movie I watched. Neither was there any concept of aadat dished out by Adi’s sister-in-law, who only does the conventional thing expected of an anni (elder brother’s wife) — that is to warn Tara that she is fine with their relationship only if they get married. To this, Tara responds that it is Adi that she should be talking to. It looks like the Hindi anni was updated to be what they thought might be a slightly cooler authority figure.

Adi and Tara certainly are annoyingly cute, gliding over low stakes issues in their oh-so-privileged lives with gratingly witty banter and a performative tilt of their heads. They do manage to find an accommodating landlord who lets them work out a living arrangement, and a women’s hostel where Tara draws Adi in for their first romp in the sack. That’s the expression you too would use if you saw Mani Ratnam’s depiction of the bedroom: So many layers of bedding and so much activity in between the sheets, including playing games. But, his female protagonists, including Tara, have always had ‘serious jobs’ that they were commited to. By this, I mean jobs that the Indian generation X would understand and consider essential to the functioning of society. And they were always shown doing this job, in whatever superficial manner that Mani Ratnam depicts everything.

In Alaipayuthey, Sakthi (played by Shalini) is a doctor, who even brings home work, while her husband loiters around computers. In Kannathil Muthamittal, it is Thiruchelvan (Madhavan again) who writes serious stories, but it is Indira (Simran) who seems to be going about the business of life — getting her three kids ready to school even as the TV telecasts her reading the news in the morning. She is not a journalist or a television anchor, but a ‘news reader’, of the Doordarshan kind. On the other hand, Thiruchelvan, as Indira’s father slyly comments ‘writes stories like Sombu (Mug), Kudai (Umbrella)’.

Sure, when Ayutha Ezhuthu’s Arjun waits in queues at the US embassy, Meera (Trisha) is only planning on getting married to a mappillai (groom) from Sivakasi. But, she is committed to this very old school idea in an apparently post-modern ‘her choice’ kind of way. She doesn’t see how it’s different from Arjun wanting to go to the US to ‘vellakaranukku kooja thooka’ (serve the white man). So, when he asks her to not go to Sivakasi, she retorts, ‘Would you give up on going to the US?’, exactly what Tara asks Adi.  Even Tara’s mother in Ok Kanmani is at the helm of a business empire in Coimbatore, holding meetings while feeling guilty about not being a good mother, resorting to policing her daughter morally for a semblance of parental achievement. 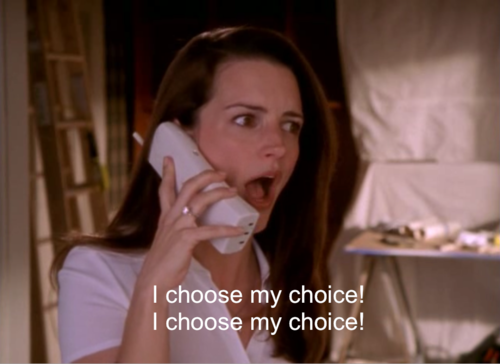 Tara, following in this line of grounded women, clearly likes her job of designing buildings and is shown working on drawings, carrying drafts around, sharing a coffee with friends at office, accompanying a superior on a site visit (well, I did say the depictions tend to be superficial anyway). In fact, one of the most annoying instances of the movie never willing to deal with higher stakes concerns Tara, a gynaecologist’s clinic and building approval documents. We could, of course, accuse Mani Ratnam of resting the burden of life on the women, while the men loitered aimlessly dabbling in fun things. It’s almost a cliché. We could also dismiss his movies altogether because they happen to be merely cutesy and too disconnected from lived experience to merit any analysis.

But, we couldn’t claim that his male characters are more seriously at work than his female ones, unless we are talking about the older couple in Ok Kanmani — Ganapathi and Bhavani, the accommodating landlords. Ganapathi (Prakashraj) constantly cooks — he chops vegetables, sputters mustard in oil, removes a bubbling pot of rasam from heat at the precise moment, washes up and dries dishes with the help of his tenant Adi — while Bhavani (Leela Samson), suffering from Alzheimer’s, goes to concerts and strings her tambura with seeming abandon. This layering, for me, made the eye-roll-worthy lesson on commitment more nuanced. It’s not only commitment in the sense of ‘I’ll be there for you till the end of time’, but also commitment to the real active job of caring for another person, man or woman.

When Ganapathi asks Tara if her career or Adi is more important to her, she doesn’t trail off with “Six months ago it would have been career.” She wryly adds, “Now, I’ve become a greedy woman, I want both,” reflecting on the very real quandary that ambitious women with active heterosexual desires face, despite their privileged backgrounds.

Desire, that’s the one thing I would watch Ok Kanmani for, even if it is in a highly-sanitised form. Tara is endlessly greedy — she wants a fulfilling job, she makes the first moves with that hunk she meets at a wedding, she pulls him into her hostel room for obvious reasons, she wants to sleep in late, she wants advancement in her career through learning from experts and prestigious institutions, she wants new clothes, she wants ice cream. She’s come a long way from the infantile Roja dreaming of touching the clouds and kissing the moon in 1992. Sample this line from the song Theera Ula (’endless journeys’):

Line 1 translates as: “I know we will be separated, but that’s not going to reduce my love for you now.” Seems fairly standard issue? Then waltzes in the second line, “I know this beauty is not going to last, but there is no way I’m stopping the art of pleasure.” This is far from being the head-in-the-clouds pronunciation of two boring people making that clichéd vow to spend their final week together having fun and fun only. This is an ode to desire, for love, pleasure, life and desire itself.

Trapped in a jeep in raining Mumbai searching for the lost Bhavani Aunty, Adi and Tara become irritable because they can’t bring themselves to admit that they might after all desire marriage – that which they have so far denounced as only an obligation and far from what they could possibly want; that which they dismissed as the end of romance and the maker of overbearing coupledom. Yes, we knew when the movie started that they were going to end up married; it needn’t have been so. But, the breathless desire that takes them through that journey is what makes the movie cool.

Editor’s note: Niranjana is right. There wasn’t any Coke stealing in the Tamil version. Our bad.

Niranjana Ramesh is a PhD student at University College, London.