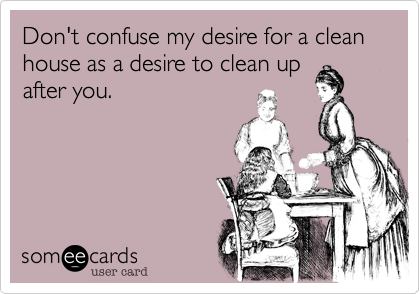 I am writing this to you secretly because meri jo slightly dhamakedar niece aur her very dhamkedar best friend have been bitching on the phone about your article in the paper today, and I could not help overhearing. They are using some words I am not very familiar with – you should be punished for mansplaining and all that they are saying. They are feminists. Vaise I am also, but you know, unka excitement of youth is also there, but never mind I am getting side tracked.

So I got curious and I read your article in today’s Svaccha Bharat Propaganda Page in the paper. See, I don’t care that your article was not very funny – it’s ok, we can all only do our best and I am sure you will grow with time in brain like in brawn. Only thing is na, though I should not talk about things I’m not so familiar with, but it’s quite good to remember that just because you stand up does not mean it is comedy, isn’t it? I mean only those with Shakti Kapoor as their role model will say ki tum ne kaha main khada ho gaya aur hum hans diye – and you have yourself said that Shakti Kapoor is not your role model.

But somehow I liked your name, it’s nice and manly and solid type and I felt a moment of karuna, a feeling of understanding ki you are trapped by your context maybe? Maybe not also – I don’t want to be stereotyping you beta. But you must also not be indulging in such stereotypes. And please beta don’ t tell me satire relies on stereotypes – many other types are also there, thoda research karke dekh lo.

Bacchaji, I have some reality check for you about boys and girls. Just because you recognise a used condom on the flyover does not mean you know whatever there is to know about the girls and the boys na.

See, housekeeping and being neat and clean is not hard wired into ladies anymore than being a slob is hard wired into all gents. For example my father was very neat and he scolded me everyday when I was a kid ki my room and my cupboard are so messy and even filthy sometimes (I used to throw banana peels behind the bed because I did not want to leave my Enid Blyton book and go throw it in the rubbish) (the banana peel, not the book). That time I did not improve, but once I began living on my own dheere dheere I began to see his point on my own.

Jaiseki do you really think that boys are couples only with girls? And that despite the daravna exterior and scorpion tattoos, inside their hearts they are traditional girlfriends who want to make aadmi into insaan and so will force them to keep clean? They may just be, like, rolling their eyes and saying whatever, maybe. And what about all the gay sons of my friends? Unke toh boyfriends hotay hain. Are you then saying ki gay people are dirty, beta? No, na?

You are asking ke who is responsible for the filthy Indian and then you are going on to assume ki a) all Indians are men because tumhare logic mein only men are filthy and girls are pure and clean like a water based moisturizer, odorless also, because they probably don’t sweat b) ladies are responsible for filthy Indians because according to your article ladies make boys useless c) all men are boys – yah toh their mummies tolerate their bad habits or their girlfriends threaten them into good ones d) boys are not required to grow up e) boys are stupid so they cannot fix themselves and girls have to do it.

Beta on Point E, I want to say ki if boys are stupid and you are a boy then you are also stupid so why should I listen to you, hai na? So zara toh socho beta, then automatically you will become not stupid. See, it is asaan only for them jinka dil svaccha hai, like an abhiyan.

And finally baat yeh na, bête, you are putting the full onus of svaccha adarsh balak on ladies. Boys are not being instructed to grow up and be responsible for themselves in your article.

Ab this is like your brahmachari, cchappan chhaati Modiji, khoob lade mardane saying he will clean up all things then charging us cess and tax and what not (cess is opposite of clean na beta, just clarify me, because you can see my English is not all that good, but I am trying to clean it up) for the same. You want to be clean toh why are you making us responsible beta? Tell your Modiji or follow his example and control yourself na? Na bachega baans, na phailenge used condoms.

See beta don’t take it in the wrong way, but do you think us ladies have nothing else to do then take care of your behavior from birth till death (ours)? Beta, I have to do my work in office, I have to go for my salsa class, I have joined Indian Aesthetics course part time in Kalina university, I have to meet my friends to try out this new-ish place called Sante in Bandra, I have the last two episodes of The Good Wife Season 6 still to watch, I have not had time to get fall put on two new saris (very nice ones too – with sea green net background and red velvet roses one is) and you want me to school you? Are you going to pay me?

Please beta, hosh mein aao and grow up and give a good example to other boys and some girls also na! Don’t go around adding to my to-do list jab pehle se hi itna backlog pada hai.

6 Responses to “An Open letter to Beta Vikramjit Singh”