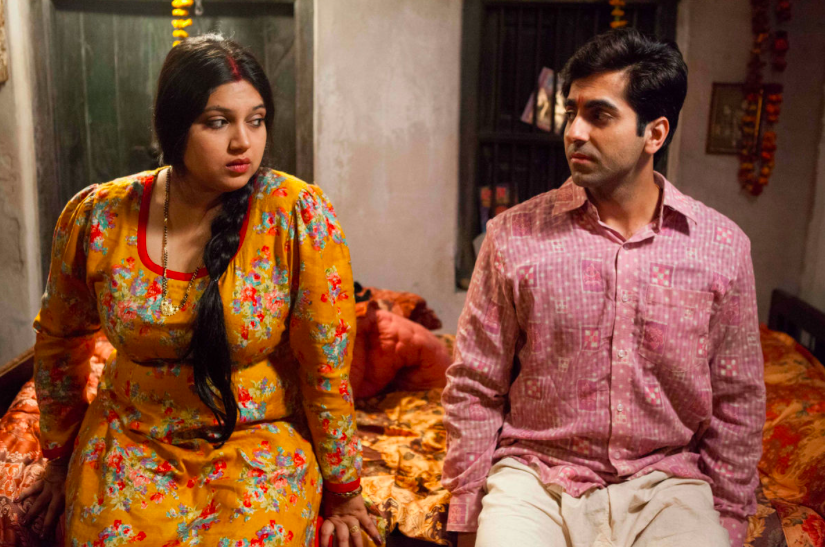 “If you ain’t no punk
Holla, “We want prenup! We want prenup! Yeah!
It’s somethin’ that you need to have
Cause when she leave yo ass, she gon’ leave with half…”

So sang the man who once replaced all mentions of God in the Bible with his own name, Kanye West. Kanye clearly thinks that prenups are the only way to stop “gold-diggers” from making off with rich men’s money, but their utility, of course, goes quite far beyond that. Chances are that most of have only heard of pre-nups in the context of American pop culture.

On the 26th of March, several legal experts met with members of the Union Women and Child Development Ministry to discuss the feasibility of recognising prenups, or prenuptial agreements, in India. Currently in India, prenups are not recognised anywhere except Goa.

A prenuptial agreement is basically a contract that two partners can choose to sign before marrying, specifying conditions to be met in the marriage and upon divorce. In an American context, prenups can actually include a variety of stipulations, from very specific conjugal duties to the number of dates you go out on in a week, to the religion and upbringing of any children you may have. Given that India is world-famous for it’s arranged marriage system, perhaps you’d think that they’d work perfectly in the desi context too, what with our general interest in bringing organisation, planning and structure to love.

However, at the meeting, the group of experts decided that it was too ‘early’ to give pre-nups legal backing in India. The concern cited was that given how sexist Indian society continues to be, the chance of women being short changed, duped or treated unfairly in prenups is high, and women might actually end up just signing their rights away, leaving them even less legal recourse than without pre-nups.

But, we were wondering, if pre-nups were in fact legal, what would Indian women (and men) want included in them? Would it be matters of finance, property and assets? Do Indian men and women want to limit their families’ roles in their marriages? Who was more concerned about the specifics of childcare? Would Indian women want to use their prenups to safeguard their independence and identities, or to make sure that they’d be doing the dirty with satisfying regularity?

Understanding what women would want in their prenups has been really illuminating. Whether these stipulations can be enforced legally or not, hearing what people would like or wish to put in their prenups feels like a window into what folks see as the essentials keys to an ideal, fair and happy marriage. Here’s what we found out from the 101 responses we received on the form we circulated online, from 86 women and 15 men, out of which 13 men and women were summarily opposed to the idea of prenups at all.

Most of the responses we received from people who are into the idea of prenups were fairly gender neutral, and fit the basic and important mandates of what a prenup usually looks like, or should. Respondents across age groups, relationship statuses and genders mentioned the importance of including the fair division of assets and property, financial independence of women (and participation of women in making major financial decisions), shared childcare duties, and conjugal rights in their prenups (one woman respondent helpfully specified a time frame too: “mandatory sex every week even if we are tired!”, while another woman mentioned wanting to cement an agreement on polyamory).

Many respondents also acknowledged the importance of working out things like alimony, child support payments and visitation rights for children in the eventuality of a divorce, which is good thinking, given that a major function of prenups is to deal with what happens were that marriage to dissolve.

And then there were the stipulations we can only imagine women wanting, and indeed, only women did. 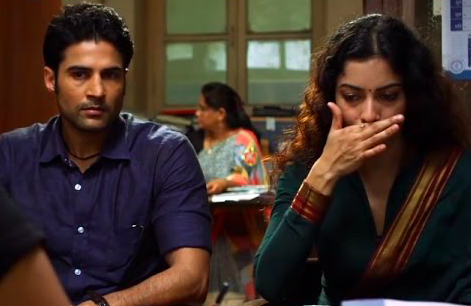 Under many circumstances in India, like when a Parsi woman marries a non-Parsi man, a woman’s religion can actually depend on who she’s married to. Even in inter-religious marriages where the law doesn’t jump in, familial, societal or spousal pressure clearly plays a role in women choosing to keep their religion or convert. So it is not surprising that women who responded to our survey said that ironing out details about religion and religious conversion would be essential in their prenups, with one woman even seeming to be struggling with the issue as we speak (“Definitely religion (as its still a sensitive topic between us & I’d like some clarity rather than waiting for the actual moment)”).

Still more discussed the need to pre-decide the religion of any children they may have, to decide whether they intent to raise any future children as atheists, or details about whether children would choose their own religion. Intriguingly, some respondents also floated the idea of agreeing to raise children in two religions.

Eight women respondents mentioned that they simply want “respect” “respect in all forms” and respect for the work that they do, inside or outside the house.

This one was so common it was almost totally and completely demoralising. It’s not just that women have barely any control over the money they do make while working, as we learnt from the latest available set of NFHS data, or simply that women’s participation in the labour market has been steadily dropping over the years. The idea of a married woman working outside the home and making her own money is still clearly so contentious and controversial that women actually seem to expect their spouses or their families to interfere in their right to work, and want to make legal agreements before marrying that specify that they can continue to work the way they want to. Could you imagine a man needing to specify that he must be allowed to continue working after marriage?

A tangential and slightly more gender-equal concern folks had were figuring out working hours of both partners, presumably to find a schedule or pattern that works for both. Many of our respondents wished they could use pre-nups to arrive at working hours that suit both partners. It is’t just enough for one or both partners to work, but it’s clearly important than neither partner works so much that they don’t get to spend meaningful time together. 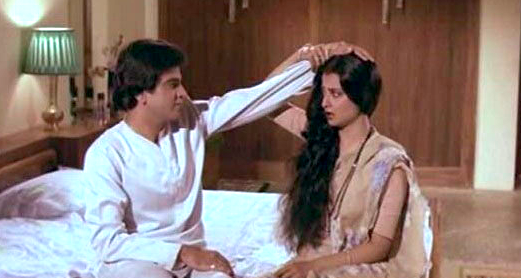 Women want control over their own bodies

In our survey, we asked if there were any clauses in the imaginary pre-nup that would be considered controversial with the respondent’s own family. Quite a few male respondents mentioned sexual clauses or conjugal rights. A few women did too, but given the difference in the volume of responses we received from men and women, this does seem to be playing on men’s minds a bit more.

Women ask if the law will let me be me

Here’s another feeling we didn’t see from the male side of the house. Many female respondents engaged with the idea of using their prenups to find ways to ensure they could keep their own identities after marriage, and not have them subsumed by their partner’s.

That’s not my name

Nine women specifically mentioned their wish to spell out that they have no intention of changing their names after marriage.

One respondent said she would like to continue to decide what she eats  “I should not be asked to eat only veg or non veg food in the house,” (which of course comes with caste implications as well).

Some female respondents said things like, “I want the right to live free and chose friends”, “more holidays with my girlfriends” and “no comment or criticism on clothing, having male friends”.

Four women mentioned the need to value and respect household work and child care, because it’s “work” too. One respondent really, really felt housework and childcare should be remunerated, saying that a fair demand would be “Half of the man’s salary IF she chooses housework or exclusive child care.”.

Whoever does end up framing a couple’s prenup, our respondents think it probably won’t be the woman

The most common clause?

The most common answers among women were about different aspects of childcare. Over 50 women mentioned clauses about different aspects of childcare. These ranged from the decision of whether and when to have kids, the nature and time allocated to child-rearing itself, was something women both wanted in their prenups, and believed their own families would find contentious as well.Favourite answer: “Again child care. Parents tend to extend their beliefs to grandkids. This must be resisted.”

Our respondents were even mostly quite convinced that a woman’s family couldn’t be trusted to frame a fair prenup for her.

This one wasn’t actually that uncommon at all. A few people mentioned how they would want to iron out their children’s diets, meal schedules and cooking duties in their prenups.

The custody of pets, and sharing that custody upon divorce, was something several people mentioned. Intriguingly, one man also reported that his family would find this clause most contentious. 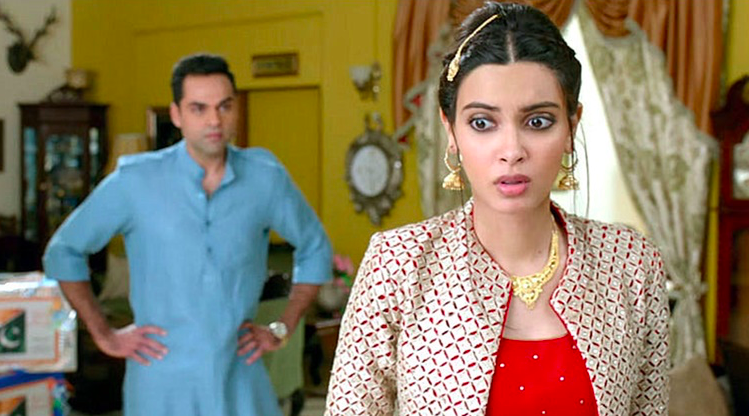 One male Bangalorean respondent said, “I would not want to have children, and [would] give any accidentals up for adoption”.

One respondent aged between 18 and 25 from Gurgaon said that a clause her partner would find contentious would be a “non-disclosure agreement regarding our sexual relationship”.

My network, my rules

One person, who identifies as non-binary, had a novel idea we can’t help getting behind. They mentioned that a controversial item in their prenup would be “Division of business network. As in, him not being able to reach out to my business network.”

One clearly fed-up respondent answered that “absolute disregard for hygiene [should be] a valid reason for divorce”.

One married respondent, when asked what she wished she had included in her prenup before her own marriage, said, “Maybe if I’d asked for reports of a full body checkup before the wedding. And if I wanted him to visit a psychologist with me before the wedding.” It reminds us of when Twinkle Khanna said on Koffee with Karan that she pretty much demanded a full medical history of all of Akshay Kumar’s relatives before agreeing to marry him.

But the kitchen sink

One admirably greedy (or excessively cautious) respondent wanted to include “everything” in her pre nup.

To her, the respondent who asked for ‘Liberty equality and fraternity’, and all our other respondents, the survey team extends their best wishes. Pre-nup pe zaroor bulaana…