HomeNewsWhat Was Madhu Kishwar Talking About When She Made ...
January 31, 2019 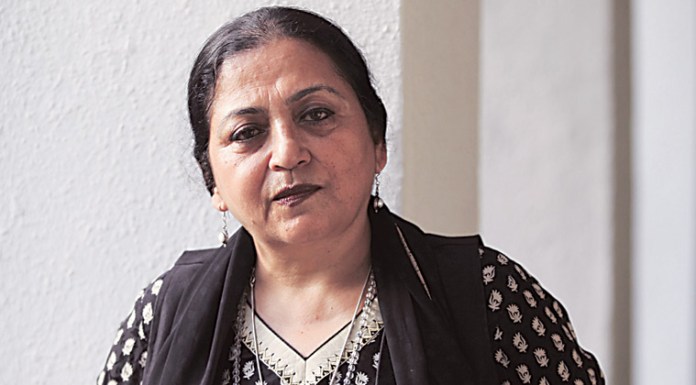 When Rahul Gandhi recently promised a minimum income guarantee, understandably many people responded with scepticism and curiosity. Some people responded with hilariously bad fake social science such as ‘universal basic income goes against the very tenets of Universal Basic Theory of Evolution’ which I parsed as “Its normal for people to be poor and me to be rich.” The debate will hopefully continue for a while. That is, if everyone is not totally and deliciously distracted by Twitter luminary Madhu Kishwar’s ‘pigs may fly’ response to the Congress promise. On 29 January she tweeted, “Wait till Rahul Gandhi also promises free sex for every adult male for a certain number of days every year.”

Kishwar is followed by 2.04 million people on Twitter and the response to this tweet of hers has been to a lesser extent, “Hauww, Aunty said dirty word.” But most people have latched on to the word ‘free’ and said things about not paying for sex or not having to pay for sex or asking her whether she pays for sex. Kishwar who has made many radical u-turns in her politics since her youth is obviously made of steely stuff and unafraid of anything except ‘Islamists’ carrying scimitars in their teeth. She is certainly undeterred by any scolding, shaming or fact-checks of her frequent and humungous wild-eyed conspiracies. Reading these latest responses to her grumbling made me giggle but I also felt like uttering that classic mansplainer word, “Actually…” Actually, I don’t think that is the meaning of the word free that Kishwar was invoking at all when she mocked Rahul Gandhi.

You may not believe it, gentle reader, but one day your politics will age badly too. One day you will use the word ‘woke’ without thinking and some young whippersnapper will smell their NCERT history textbook. Kishwar was 27 in 1978 when she founded Manushi, a significant feminist magazine. (By 1990 she would famously write in the very same Manushi that she did not call herself a feminist and also that Manushi was never conceived as a feminist magazine.) And back when Kishwar was young and woke, the counterculture of the West had enshrined ‘free love’, loosely the idea that who you have sex is no one’s business and should not be defined by the state or by religion. Which is to say if Kishwar used the word ‘free love’ or its bastardised ‘free sex’ most people of her political cohort would have understood what she meant, whether delivered with a sneer or a smile.

The world has changed and Kishwar has changed with it. So when she dropped this blast from the past phrase as part of her scorn for what she calls Gandhi’s ‘wilder than Modi’ promises, I wonder whether its meaning has changed in her head too. Was her metaphor actually coming from the ‘peace, man’ past or coming from some vague awareness of today’s incel type demands – the political demands of white, straight men who believe that the state should allot them women slaves?

Here is a possible clue to the muddled provenance of the phrase that threw her followers. A day later, Kishwar has tweeted, “I’m no lunatic feminist to support “free sex”. Amazed that all those who consider pornography as “freedom of expression” are upset at my mocking Rahul Gandhi by including “free sex” in his list of bounties & freebies as tho he’s going to open his family’s coffers 4 distribution.” This, to me, seemed to be a confirmation that Kishwar was once more referring to the idea of free sex as a hare-brained scheme of the politically naïve, communists, feminists and the types she once hung out with and now has contempt for. Not ‘free sex’ as sex without a revenue model. Again, it is not surprising that for her the majority of her followers the word ‘free’ would currently invoke monetisation and not freedom. We do live in a world where capitalism is barely ever questioned any more, where discounts are more acceptable than dissent.

In this second tweet, Kishwar is also in her typical pugnacious way calling out those wishy-washy types who claim to be scandalised or disgusted by the sexual reference of her first tweet. I found it intriguing also, that unlike many on both ends of the political spectrum, she has not responded in this instance with outraged modesty to those who asked her rudely whether she pays for sex.

This minor vignette has taught me little about Kishwar’s political convictions or the viability of the Minimum Income Guarantee. But it did teach me, for the millionth time, that if you want to be a political woman online, you should a. bash on regardless b. completely disregard consistency c. never apologise for anything.