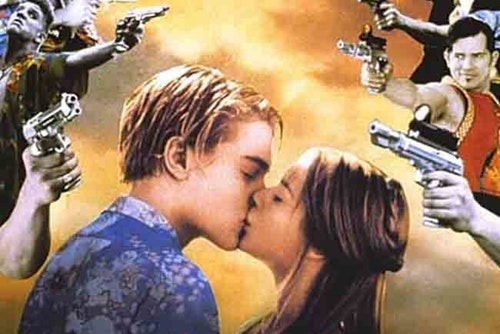 On April 11 the BJP’s official Twitter account reported party president Amit Shah as saying, “We will ensure implementation of NRC in the entire country. We will remove every single infiltrator from the country, except Buddha [sic], Hindus and Sikhs.” This is an election which is not just gloves off about communal agenda, it’s also an election in which you are likely to forget that there have ever been gloves. While the BJP is still using the tiniest of figleaves like infiltration and the legitimacy of citizenship to evoke the promise of a Hindu nation, some right-leaning citizens have no patience for such tomfoolery.

Deb says some of these videos are recorded without the consent of the woman and the others are fake in some way. She says, “Either way, a young girl new to her hormonal boosts & women in desperate conditions may view them as real inter-faith “romance”. Young women and ‘unsatisfied’ women are the two vulnerable populations in Deb’s scheme of things and she was ready to go to ‘patal lok’ to save them. What is the danger that Deb wanted to warn the world about? She was convinced that young Hindu girls and Muslim men were sexually attracted towards their sworn enemy through these videos. Deb wanted the police to get involved to take these videos offline.

But in these joyless and sexless times we should be grateful to Deb for what she says early on — the universal truth that the Other is Hot. And sometimes Too Hot. Sometimes it is merely a mild erotic frisson of the sort that older Mills & Boon romances banked on for their white readership. The dark Spaniard hero never had any political charge. The Arab hero could always occasionally brutally kidnap the English rose but some stuff remains taboo. Contemporary romance publishers still keep African-American protagonists walled away, as this recent Guardian report reveals. In our highly polarised desi context, it is both universal truth and universal fear that the Muslim is hot. For a sizzling, non-toxic pop culture representation of this truth/fear I will refer you (over and over again, sisters) to Shah Rukh Khan’s Muharram scene in Raees. When I watched the scene I could not help remembering a glittering public event in Delhi years ago at which I saw SRK respond to the Sexy Muslim subtext. Someone asked about his six-pack, he flashed his abs and then said to the person who asked the question. “This interview can continue if you like. I can show you what a Muslim looks like on the inside.” O Eros, O Thanatos.

Deb lives deep inside troll land and often asks those tiresome ‘daring’ questions like who was Jesus’ daddy. But nevertheless we should be grateful to her for raising this supposedly frivolous topic smack in the middle of our oh-so-solemn election season. Amit Shah may hope to keep his friends close by promising to drive out all ‘infiltrators’ but Deb knows that even Shah can’t help with the rawest of fears, that the bad minorities may infiltrate (harder, harder, faster, faster) our sexual imaginations and make the majority look rather unfuckable.