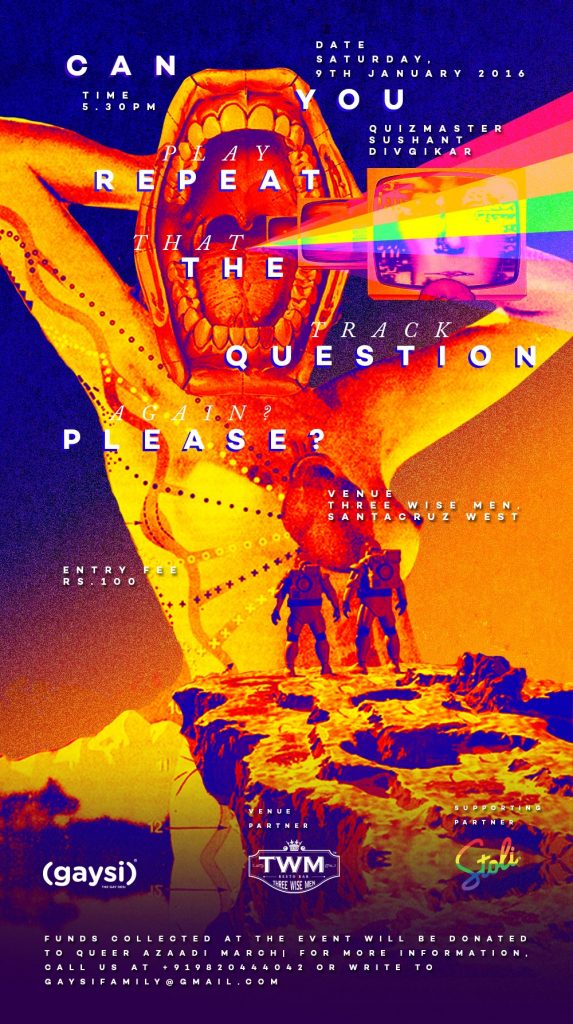 When you first talk to Ma Faiza, you’ll be unsure of whether you’ve got the right person on the phone. She talks quietly and slowly, taking her time to say exactly what she wants to say – not at all sounding like a person who’ll say “wild things,” as I had been told she would – “But you absolutely have to talk to her.”

Ever since the deadly shooting at Orlando’s gay club Pulse, I’ve seen friends on Facebook share posts in solidarity, trying to start conversations about gay clubs that are safe spaces, places where everyone is comfortable being themselves, whether they are lesbian women, gay men, or trans. For Ma Faiza, known as one of India’s most trendy queer DJs, such safe spaces are a big deal. “I want the press involved, I want queer music, and art, people dressed up, and trapeze artists,” she says. Even someone who hasn’t been to such a place can picture the energy and sound and colour.

In Bangalore Mirror, Joshua Muyiwa writes of a time he went to dingy and dark clubs, where he says he was, “granted the uncompromising permission to turn my freak on.” He describes how parties that were lit with bright lights were all much more gendered spaces, where every move of his body was seen and labelled – spaces that automatically became less his own. Ma Faiza hasn’t organised a party since Q Nites in Mumbai in 2011 – “Where out is in,” the poster said – when Section 377 was not in place. She talks of that last event fondly, saying that it was open to everyone: queer people as well as straight women and men who were just curious about attending. “It was huge because there were 700 people inside and 500 more waiting outside for hours just to get in. We had stalls outside Blue Frog [where the party was held], and there was art, music, messages, drag queens, everything,” she says. One immediately wonders if the club Pulse was also such a space of comfort and curiosity for the victims that night. 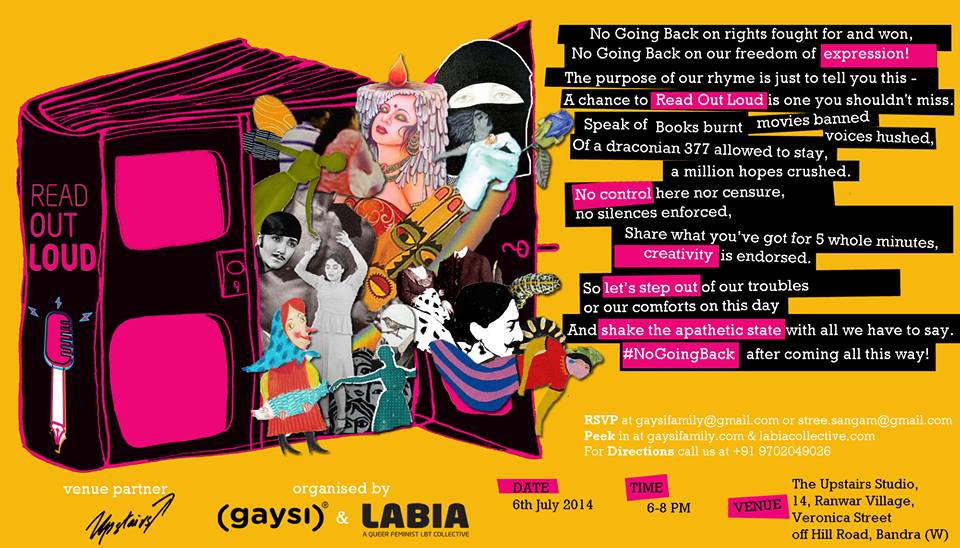 Amrita, a software developer and graphic designer, was one of the people who joined All Sorts of Queer (ASQ), after they broke off from We’re Here and Queer! (WHaQ!), a Bangalore-based support space for lesbian, bisexual, and transgender women. “We’re still trying to figure out how to create such social spaces where everyone feels like they can be themselves, and that they have a voice,” she says, “It doesn’t have to be a party, it can even just be a place with regular [things like] movie screenings, where people can get together and meet other new people. I think this is true whether you’re a woman, man, or trans.”Amrita mentions Lavender Nights, organised by a lesbian group in Bengaluru in 2010, that was open to lesbian and bisexual women and trans people. It happened about four-five times before it petered out. She laughs when she mentions the one time they had a dress code – a person wore red if they weren’t interested and didn’t want to be approached, yellow if they were, and green just meant go for it.

What everyone is quick to point out, however, is that in India, the idea of gay clubs as exclusive spaces for queer people has not really worked. Instead, we have some specialist nightclubs, pubs and bars that are considered queer-friendly. Many also note that gay men always seem to have a lot more parties than lesbian women. Poorva Rajaram, Bangalore Queer Film Festival organiser and former Ladies Finger editor, says that very often, discretion is everything if any such parties do happen in India, and the publicity is always much less than people would ideally like.

Amrita remembers a time when she and her friend Dolly had organised a lesbian speed dating event at Jaaga, in Bangalore – and began receiving several creepy emails from straight men the minute Jaaga updated its event board. “It wasn’t even a party, but it was a time we were really worried about safety and then had to get reinforcements,” she says. From all the times that Amrita has tried to organise such events, she says she has observed that women tend to feel much more comfortable in smaller groups, and prefer to be in a private space like someone’s house. “Clubbing and dancing are something that happens afterwards, it’s a side thing, and hardly central to everybody meeting. The focus is on interacting with other women,” she says.

Ma Faiza and other queer organisers and club-goers have been lying low since Section 377 was upheld by the Supreme Court of India in December 2013. “I remember, a club we once approached [to host us, they] asked us how we could think of hosting such a ‘disgusting thing’. I think a lot more people are scared now, it’s too much of a risk, and they don’t want to be known as a place that hosts gay parties,” Ma Faiza says. She adds that she was horrified to hear that at recent a Pride March after-party, it turned out that the DJ was not queer and was just the venue’s regular person.

“The thing is that I’m 46, and I’m out. I grew up in London, my family supports me,” she says.“I’m not 21 years old and trying to come out in India – and having places you feel safe in might just make that easier.”

One Response to “Post-Orlando Safety? In India, the Idea of Gay Clubs Has Not Really Worked”