When I first joined Twitter in 2014, there was ask.fm floating all over my timeline. People would post questions on your profile and you could choose to answer them. I received some rather interesting ones, from “What is the name of your tooth fairy?” to “What is your bra size?” All these questions were anonymous. Early this year, the anonymous feedback site sayat.me started doing the rounds amongst teenagers in the US. Schools warned parents about letting their kids use the app because it became a medium for uncontrolled online abuse.

But since last week, another anonymous feedback website called Sarahah has taken over the internet. What is so different about this? It’s aimed at providing ‘constructive feedback’ from friends and co-workers. Within a few hours, people started posting their profile links on Twitter and Facebook, inviting people to give them the said feedback. Sounds pretty straightforward, but as with all things internet, nothing really is.

Sarahah (which is Arabaic for ‘honesty’) slowly turned out to be a double-edged sword. As with ask.fm and sayat.me, Sarahah, too, rushed gradually to abusive shores. Many commenters went down the misogyny hole and stayed there, anonymously.

I too signed up for Sarahah (as a social experiment) and deleted the app in 48 hours. Here’s why: One of the first messages I received was this:

Omg guys. So people DO read my stories. :’) pic.twitter.com/NuD31sk83h

Either this is a highly elaborate joke or a massive bullying tactic. Since I wasn’t taking this experiment too seriously, this had zero impact on me. But that’s not to say similar messages wouldn’t affect others.

And yet, I waited to get more messages, to hear what things people have to say about me. You know, like looking up what the horoscope has to say about the fault in my Virgo stars today even though I don’t believe in astrology. Good ol’ self-indulgence.

The app does have its fun moments though. I received a message saying, “I wanted to ask you out but now I’m not sure.” Umm, and anonymously sending me this message is going to clear my doubts how? Two of my friends, Chennai-based model Vaishnavi Prasad and Mumbai-based journalist Almas Khateeb, received messages with heavy innuendos, that they both laughed off. 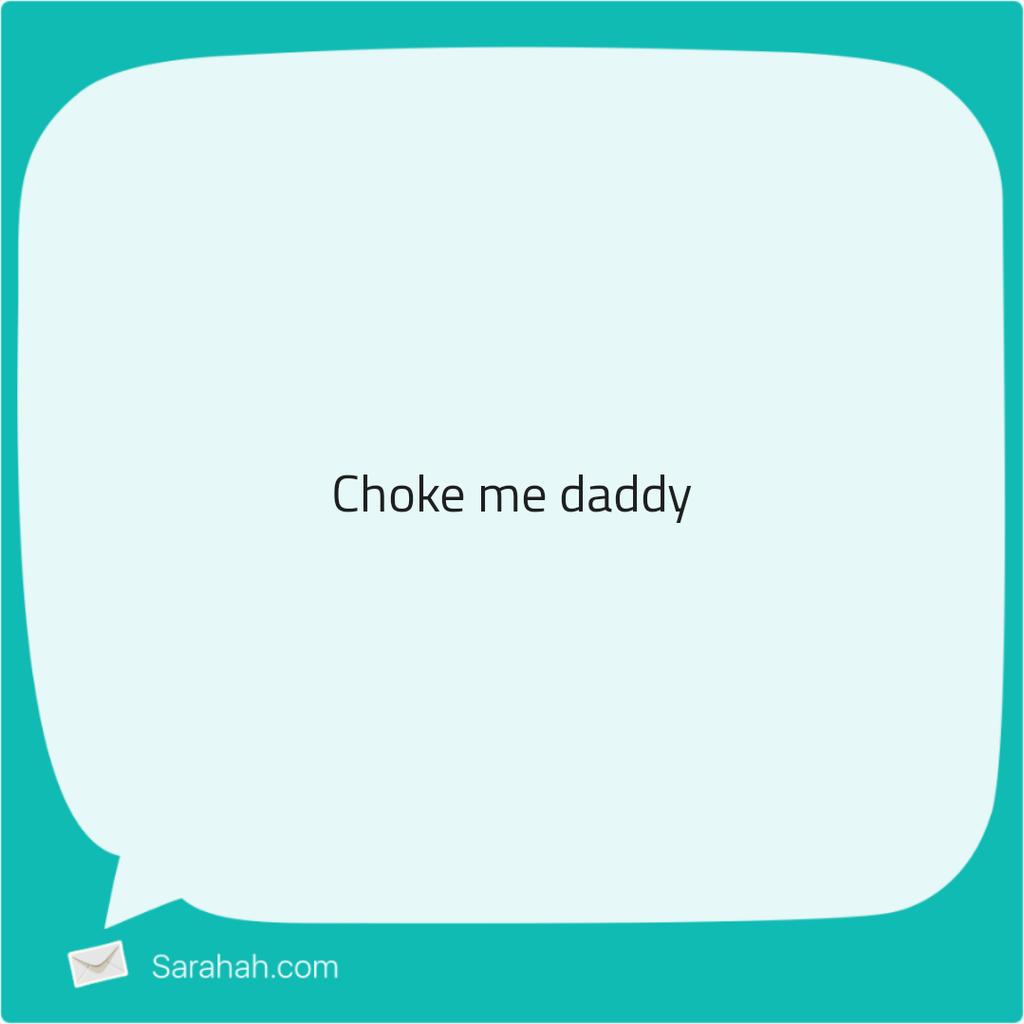 While these naughty-nice messages elicit a laugh (or a barrage of them), some messages have genuinely been encouraging for Prasad and I. Appreciation of work, improvements on achieving better tone in writing were some of my mission-accomplished moments on Sarahah. And like me, Prasad looked forward to hearing more from people — the good, the bad, the downright fetish-y.

But feedback isn’t the only reason people use Sarahah. They’d display screenshots of the feedback they received anonymously. Naturally, non-users started their chee-chee thoo-thoos self-righteously about users trying to validate how “cool” their lives were by displaying the number of messages they seemed to received. All of which would hold ground only if you took yourself too seriously.

Online abuse is a massive reality and women particularly face the brunt of it. Sneha*, a software professional in Pune, was fat-shamed with the message “you should be not be allowed to wear nice clothes for your fat ass body” on Sarahah. While she did not let the comment get the better of her, it propelled her to delete the app.

Sarahah does have a blocking mechanism, through which you could filter out messages you don’t want to see. But you’ll have to read those messages before you can block them. If it’s an abusive one, the damage is already done.

Naturally, male users didn’t face as much trouble as female users did. In the case of Shibesh Mehrotra, a Delhi-based writer, even the negative comments he received were largely directed at his female friends. He says, “Abuse exists, yes. But for me, with my all my privilege, it’s kinda limited. Almost all the abuse/harassment I got was directed towards my friends, a lot of whom happen to be successful women who often voice their opinions on Twitter.”

An article argues that Sarahah has become a self-esteem mechanism, citing a flurry of uplifting messages that users have received. But for every 10 positive messages, there could be four that deserve trigger warnings. But for the curious, like me, it’s best to get out of the app early. Because it’s not just about a harmless participation in flattery or introspection, it’s an active participation in an online culture of cyber bullying. Even if we’ve not been at the receiving end of abuse through Sarahah, the fact that we actively use it sends a message that we support all the anonymous bullying it becomes an easy home to.

Abroad too, teenagers have started extensively using Sarahah. But it has cause for concern among teachers and parents. What does this popularity mean? That cyberbullying starts early. Teenagers who are bullied in school often take to online platforms to vent but with integration of Sarahah with other popular apps like Instagram and Snapchat, their timelines are filled with their friends’ screenshots of either sexist, racist or extremely flattering messages — the former feeds into the fear of the bullied while the latter isolates them. No win win.

The realisation of possible participation in an abusive culture did it for Prasad. She’s done with the app and said her goodbyes. But many still continue with the app in spite of being ‘woke’. For some friends, it’s just for kicks — they continue to not take themselves seriously. For some, especially those with lesser negative feedback, it’s the joy of receiving more messages from random people. For the ones who receive messages of ‘crush confessions’, it is the joy of hearing someone express secret affection (this was one of the only tolerable parts of high school slam books).

It might be all fun and games in the beginning and we’re all happy to share a few good giggles. But the platform encourages a cavalier attitude about online abuse — if not for you, at least for your friends around you. As the waves of anonymous sexism hit we won’t be able to Sarahahahahaha much longer.

Have You Met the Comic Superhero in Pakistan Fighting Corruption and Abuse?

One Response to “Gone in 48 Hrs: Why We Won’t Sarahah For Long”