HomeVaanthi#TIL Vinay Katiyar and Sharad Yadav Would Match on ...
January 25, 2017 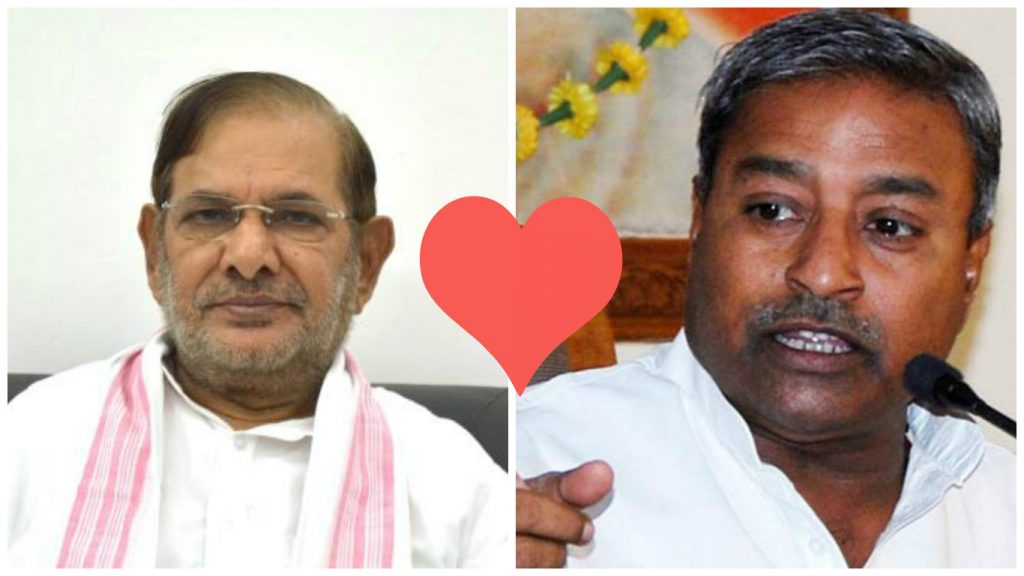 Remember the time JD (U) leader Sharad Yadav digressed from a discussion on the insurance bill to comment on the obsession India has for people with fair skin to describe the beauty of “saanvli” South Indian women?

Apparently Yadav loves digressions and making completely random connections. He also loves to hold forth on women. This time he decided on Tuesday, 24th January, that he must digress from what he was saying at a voting event in Patna to talk about women who have been raped. Of course it didn’t stop here, because he thought it’s important to compare the “honour” of women who have experienced sexual violence to the “honour” of being able to cast a vote.

“The honour of being able to cast a vote is a much bigger honour than your daughter’s honour,” he reportedly said. Then, as though to make himself just a little more clear, he continued, “ If a daughter’s honour is violated, her neighbourhood and her village lose their honour, but if a vote is sold, it is the country’s honour that goes. All our dreams for the future evaporate.”

Apart from this rubbish and non-existent connection that the media is reporting on, somebody please also tell Yadav-ji that this so-important izzat or ‘honour’ that he’s going on about is also the problem with how we talk about sexual violence. Because even though everybody — from neighbours, to politicians to High Courts — loves holding forth on a woman’s izzat, her ‘honour’ is really not in her vagina. And the woman most definitely doesn’t hold the nation’s honour, her family’s honour, and her neighbourhood, or city, or village’s honour on her head. There are other more important ways to talk about rape and any other form of sexual assault. It’s not izzat that’s paramount here.

Following all this, we heard that BJP MP Vinay Katiyar also wanted to join Sharad Yadav’s league. So he went on to say that Priyanka Gandhi, who the Congress is projecting as the star of the UP Assembly Elections, is not as pretty as everyone thinks. Because when you’re talking about women politicians, what else will you say about them, no? “There are prettier women than Priyanka Gandhi in the BJP. She is not as pretty as people say she is,” Katiyar said, before going on to add that the BJP has Smriti Irani, who is much prettier than Priyanka Gandhi, and a better speaker.

So much matching feelings and opinions between these two men. Made for each other. Someone make it happen please.

Who Were the Women Who Helped Draft Our Constitution?