HomeCultureTamasha Has a Weird Maths Obsession. So Why Doesn& ...
November 30, 2015 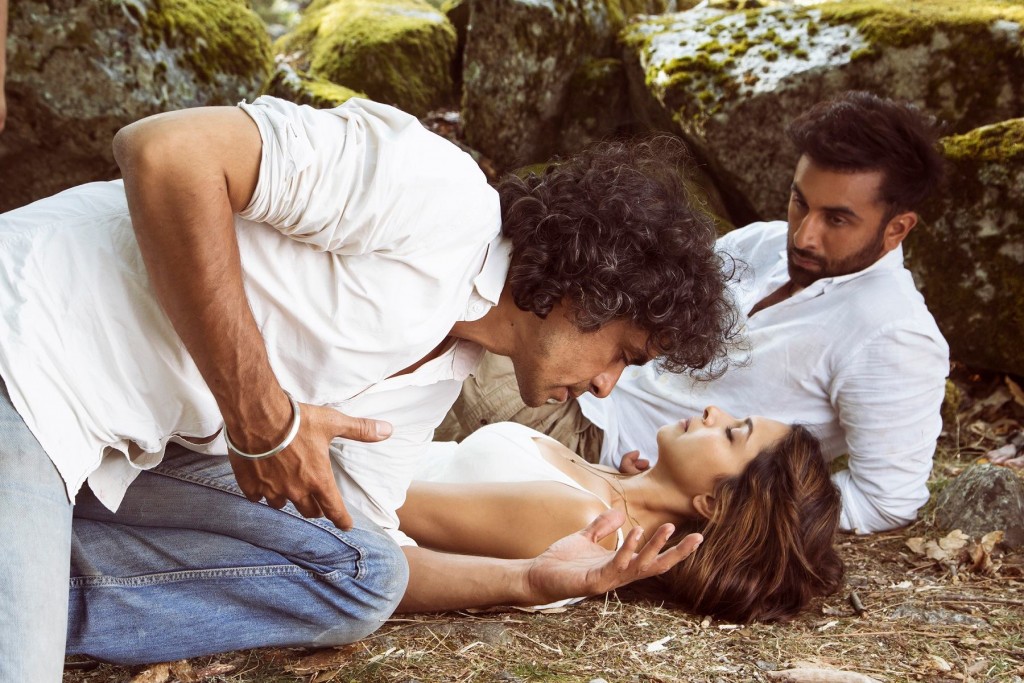 Tamasha opens with Ved, a little boy addicted to the neighbourhood storyteller – a Kabuliwala-esque character who tells epics. He inculcates an innate sense of “story” in Tiny Ved and the idea that at their core, all monomyths have the same structure.

A boy with a big imagination, Tiny Ved hallucinates about characters from the stories, who help him survive all through school and college. The opening montage is made up of Tiny Ved listening to and imagining all the stories while growing up in Simla. The visuals and the storyteller’s (Piyush Mishra’s) voiceover together establish that in every great monomyth, be it the Ramayan or Romeo and Juliet, the woman is always the plot.

Cut to: Tiny Ved, now Big Ved (Ranbir Kapoor), saving a girl called Tara (Deepika Padukone) from a crisis in Corsica by letting her use his iPhone to make a call. Tara is an overall cool girl – established from the moment she says she traveled to Corsica only because of her favourite Asterix comic: Asterix in Corsica. Big Ved and Tara, who know each other only by the pseudonyms Don and Mona, make a pact to have a ton of fun without sex. But love happens and right before Tara leaves, they have a quickie.

The kind of joy Tara found with Ved in Corsica is unparalleled back in her everyday life in Kolkata, where she works at a tea company. She breaks up her engagement and is not shown to be looking for love, but just like Tiny Ved, she is always lost in thought and in herself – except she doesn’t hallucinate. Four years after Corsica, a work assignment brings her to Delhi and everything changes. 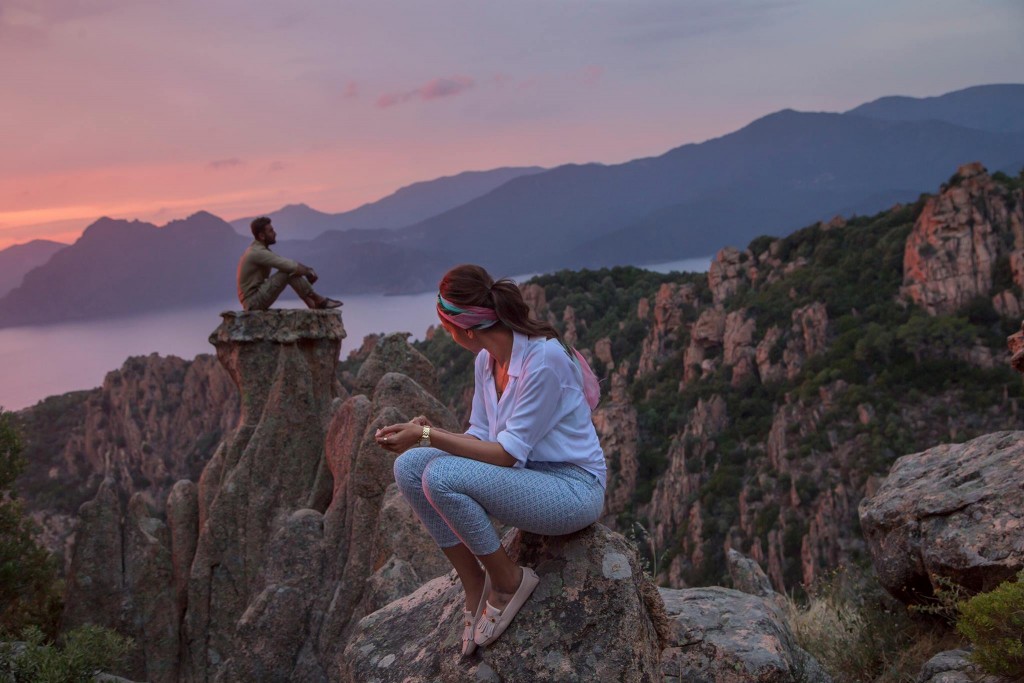 Once in Delhi, she is unable to stop herself from following the Ved trail (based on what she remembered about him from Corsica) and ends up running into him at Hauz Khas Social. They start dating. Except, plot twist! Ved is not Corsica Ved, he is “Product Manager Ved” (in Tara’s words). In the course of the relationship we’re introduced to Ved’s psychiatric problems – we learn that he may always have had an undiagnosed personality disorder. The word “bipolar”, although never used explicitly with relation to Ved, keeps appearing in the dialogues. The break-up exacerbates his condition and makes him spiral.

The director then proceeds to drive the notion into your head that his personality disorder is the result of “Daddy, please don’t force me to do Maths” syndrome with an unparalleled fervour. No seriously, it went to the point where they even broke the rule of three – a writing principle that suggests that things that come in threes are inherently funnier, more satisfying, or more effective than other numbers of things – over and over again. By the fifth colour-corrected flashback of Tiny Ved and College Ved raging against Maths and his dad, I assumed it was a gag – and started finding it funny.

It took so much flowery and hammy screentime to show this that all the other characters were not left with any space for depth – including the female lead, who could have been anything, not a person, even. The female lead could have been any of the following things (and we’d have only noticed the difference because we’d miss the stunning and talented Deepika Padukone): a self-help book, a creative workshop, a hobby, a vipassana course, a therapist or even another trip to Corsica.

Tara’s job is to be an agent of chaos in the straightjacketed hero’s life. She even has the dialogues for it – except they’re said in hopeless abandon as opposed to caressing pillow talk (oh yeah that’s a link to a scene from Mad Max!). Because her life is quite in order. She is incredibly sane, has a job, is doing well and knows how to take care of herself. She has no drama and no issues. She doesn’t have morality or aspirations stopping her from whatever she wants to do. She is incredibly emotionally clear about what she wants and doesn’t want. She wallows in her heartbreak after the relationship with Product Manager Ved ends, but doesn’t let that stop her from living her life.

As a cool female character, maybe Tara graduated from the Imtiaz Ali Finishing School for Girls, or maybe she was just born with it. She drinks, she cusses, she jokes about sex, even makes the first move, doesn’t need to discover the possibility of freedom because she already knows freedom is possible.

Unfortunately, unlike Imtiaz Ali’s heroine, the hero still hasn’t evolved with the times. So two points to Imtiaz Ali for at least making the message plenty clear: “Stop blaming the girl for your own chaos, you sociopath.”

In Tamasha, Big Ved looks to Tiny Ved to help him find the answer to his problems. Followed by deep introspection on Big Ved’s behalf, we learn that inside Ved are trapped two personalities – Big Ved and Tiny Ved. And in scenes reminiscent of Fight Club, Ranbir has a meltdown and loses his job.

Unemployed Big Ved and Tiny Ved roam around the streets of Delhi at night, telling stories. Then the two go back to Simla for a short vacation where they decide to visit the old storyteller again thinking he’ll have a resolution for them. The storyteller tells Ved he has to find his own story. Ved assumes that means that he just has to continue on the journey of a hero. Thus begins the final battle or the resurrection – the eleventh stage of the monomyth. Big Ved does an extempore performance storytelling piece for his family and the story opens their eyes. He emerges from the battle cleansed and reborn.

Then comes the final stage, the return with elixir. Ved returns to Delhi and gets cured of his personality disorder. He wins Tara back and becomes a famous theatre director who is airdropped on to the stage at the end of his play for everyone to give a standing ovation to.

Meanwhile Tara continues to live her life with her hands in the air like she just don’t care. She happily takes him back. Because of course, Tara – who has wasted almost seven to eight years for him to find himself – has nothing else to do.

In the end, I didn’t see it as an imperfect love story, because that would require two parties to be active in the plot. It was a story about an imperfect, chocolatey, well-to-do boy and his issues with Mathematics who didn’t even “find his own story”. He just followed that dratted monomyth.

A Stalker Stabbed a Girl’s Father to Death 24 Times in Public. What Was He Doing Out on Bail?

Landing with a big splash!

3 Responses to “Tamasha Has a Weird Maths Obsession. So Why Doesn’t the Film Add Up?”