HomeNewsThe CBSE Would Like Us All to Forget About Radical ...
December 23, 2016

Do you remember the story of Nangeli, an Ezhava woman from Cherthala in Kerala? Her powerful and haunting gesture in protest of breast taxes – chopping off her breasts and handing them to the tax collector on a plantain leaf before dying from the loss of blood – is a local legend, but missing from official archives. Over the last few years her story has been revived in some cultural spaces, but it once ran the risk of fading into oblivion. According to Kerala-based painter T. Murali, who has illustrated her horrific story in paintings, it is a reminder of how hideous epochs in the history of India’s caste relations can be all too easily forgotten. 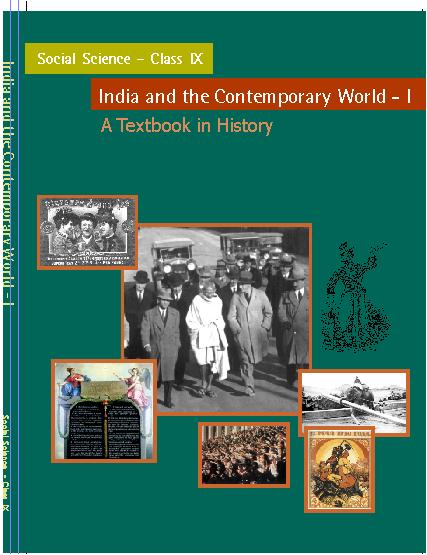 “We can’t teach students about Nangeli’s sacrifice in textbooks yet because there is no exact date for it, and needs more evidence,” he says. “But my book Amana uses paintings to bring her story to life.”

We may just be witnessing another bout of forced amnesia about caste atrocities. On Monday, the CBSE announced its decision to remove a section entitled ‘Caste, Conflict and Dress Change’ from its social science curriculum for Class IX students, following an order by the Madras High Court that directed it to remove ‘objectionable content’. The removed section of the NCERT textbook, used by the CBSE and 15 state boards, involves a discussion of the Nadar community, whose men and women were forced to keep their upper bodies uncovered by the National Council of the Pidagaikars, the caste council of the Nairs of the state of Travancore in the early 1800s. This was perceived as a sign of respect towards the ‘upper’ castes, and the Nadars had to pay a mulakkaram or ‘breast tax’ if they chose to cover themselves. In 1822, the practice sparked a series of violent agitations known as Maru Marakkal Samaram, or the Channar Revolt, where women from the Nadar and Ezhava communities demanded the right to wear the same clothing as ‘upper’ caste women. Hostility around the issue continued until 1858 because the Nadar women were unsatisfied with the compromises they were being asked to make – those who were Christian converts were allowed to wear a kuppayam (a jacket-blouse of sorts), but not allowed to wear any apparel in the style of Nair women, who wore an upper cloth around their torsos.

The controversy is not a new one, nor is it unprecedented. Apparently, the references to these women created a big stir four years ago, but reports indicate that the issue was already muddied – late Tamil Nadu CM Jayalalithaa and other politicians had apparently objected to the section then, claiming that it was offensive and misleading because it depicts the Nadars as a community of migrants and would give students ‘a wrong impression’ (many argue that they were early settlers in Kerala, Tamil Nadu and Karnataka). A public interest litigation filed by the Advocates Forum for Social Justice from the Nadar community in the Madras High Court also called the textbook’s analysis ‘degrading’ because of factual inaccuracies.

However, in an interview with The Ladies Finger, Santhosh R, an Assistant Professor in the Department of Humanities and Social Sciences at IIT Madras, connected the CBSE’s revisionist move to a dangerous trend of writing important historical events out of syllabi: “This controversy is the latest addition to a series of incidents where government bodies give in to the pressure tactics of organised caste and religious groups when it comes to the framing of syllabus [in this case, political parties like the All India Anna Dravida Munnetra Kazhagam and the Dravida Munnetra Kazhagam]. Each of these organisations wants a highly sanitized version of history to be taught in classrooms. This is linked to the general trend of creating histories that depict a glorious past for these communities, and India in general. But in this process, very important historical events and insights that are highly relevant to understand historical evolution of gender and caste relations in India are erased. Denying the opportunity to learn objective history in classrooms is one of the greatest injustices that the government can do to students. Instead, the government must make every attempt to encourage critical thinking and help students develop a deeper historical understanding of the current realities.”

The question, though, is whether the CBSE should have ensured more assiduous fact-checking and revisions rather than eliminate the section altogether. Historians and public intellectuals appear to have strong opinions about the implications of chopping this section from the curriculum.

J Devika, a historian at the Centre for Development Studies in Thiruvananthapuram, explained that the Nadar women’s revolt is important for students primarily because the issue is about caste and dignity rather than feminine modesty. “Taking this lesson out of the curriculum is a ridiculous move aimed at perverting education and erasing the anti-caste struggle,” she said. “There is a section amongst Hindu Nadars who do not want their past to be discussed, while attempting to create for themselves a pristine past because it will give upward mobility to the community. It is particularly regrettable because in the so called ‘breast-cloth rebellion’, it was women who challenged both British and local caste authorities: it was the culmination of an insistent discourse in Kerala and Tamil Nadu. It is sad that they want to erase an instance of a community with dignity and agency, and construct one of servitude to Brahminical-Victorian morality.”

Students should instead be offered a measured analysis that acknowledges the fact that opinion within the Nadar community is divided on the subject. Denying them access to this piece of history will only make a community that is already under-represented even more invisible. “We are hiding our own history for ourselves because of false pride,” said Amirtharaj Stephen, a Chennai-based documentary photographer and Editorial Coordinator at the online news platform India Resists. “While growing up, we were taught so much about north India, the histories of places like Panipat, which did not help us understand ourselves. Why there are so many Christians in Kanyakumari district, for instance, is tied to the Nadar community’s struggles and the civil unrest that followed. Countless women were manhandled and molested. Missionaries of the time got involved in the issue and many Nadars converted to Christianity, and then the Raja issued a proclamation again in 1859 reiterating that Nadar women could not dress like their Savarana counterparts. Why was our own history never told to us?”

The people I interviewed kept reiterating the phrase ‘false pride’, but the real issue that needs to be addressed is the CBSE’s reluctance to revise its material for accuracy. It should focus on researching and eliminating the apparent factual errors – like the description of the Nadar community as migrants – rather than do away with an entire section of crucial history about caste struggle in India.

Why Were Chennai Students Sitting Under the Replica of a Giant Sanitary Pad?

Why Does the NCERT Feel So Shy About Naming the Godhra Riots Anti-Muslim?

Oh Please! Another Year, Another Budget Made for Men