It has also been a decade since Thangjam Manorama was raped and killed by forces stationed in Manipur under the AFSPA. Her killers are yet to be arrested, and the AFSPA remains in force.

Cyclists, have you ever heard of such a thing as ‘bicycle face’? Here’s a good example of what to do to someone who brings it up.

If you think including female characters in videogames is hard, here’s a detailed, handy guide on how to get it right.

The bodies of the two young girls raped and killed in Badaun are being exhumed for a fresh autopsy, as the CBI believes the original autopsy was “bungled”. 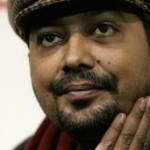 Oh Anurag. After the strange fiasco of “That Day After Everyday” came his rape is like a “bad accident” comment in an interview. And then a piece about angry feminists, followed a by a dare in the comments section to Genderlog to meet him in an argument. Well, it’s a good thing Anurag doesn’t give in to Kolaveri, eh?

After a Dalit woman was killed under mysterious circumstances in Jodhpur, her in-laws, who are accused of murdering her for dowry, have been seeking an investigation claiming she was sexually exploited and killed by upper-caste men.

Guess what. Forty-two-year-old women have been discovered to be sexy and bangable. Wait for it. By some 55-year-old dude.

A look at some of the crazy and discriminatory questions employers ask prospective female employees in Chennai. 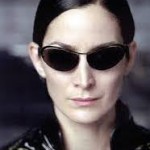 What tropes do strong women characters like Trinity, Hiccup’s mum and Wyldstyle share with a floor lamp with directions written on it for the hero?

[Vaanthi Warning] A tribunal has upheld the removal of Major General Arun Kumar Lal for inappropriately touching a junior officer. But the bench modified the sentence of dismissal to deemed removal, saying “due to momentary lapse from the high virtuous path, he committed the mistake,” and it would be very harsh if he was required to forfeit his retirement dues.

In a Horrifying Incident, a Man Thought He Had a ‘Reason’ to Kick His Female Colleague at Work