HomeCultureA Terrifying World Where Women are Slaves is Happe ...
May 19, 2017 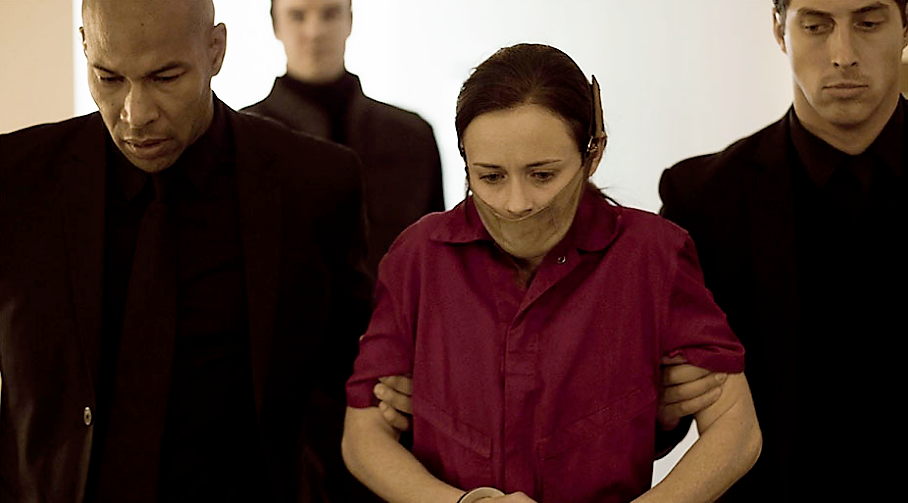 The makers of the new show The Handmaid’s Tale want you to realise that this — everything in its dystopian terrifying world where women are slaves — is happening right now.

But it doesn’t really matter. More than anything, the show and the book that it’s based on convinces you that women’s freedom is a fleeting thing that we can’t take for granted. And that social progress shouldn’t be something we automatically link with the progress of time: we’re not slowly marching towards enlightenment, and we really never have been. The only thing that does creep forward surely and inevitably is state excess, and political control.

Just the success of Margaret Atwood’s 1985 novel The Handmaid’s Tale through decades should tell you that the time that it’s received in doesn’t really matter. The book was written in the time of Ronald Reagan. The show was conceptualised by Hulu when a Hillary Clinton presidency was all but taken for granted, and was in fact supposed to capitalise on the interest that presidency would bring. But god and politics move in mysterious ways, and now the show has become hugely successful in the time of Donald Trump when the American establishment is making it more and more normal to take women’s reproductive rights away.

What is the show’s own sense when all these events are happening?

It has flashbacks to a world, which is like our current world with Uber and Tinder and the internet. And then comes Gilead. Gilead is a Christian theocracy ruled by powerful men, called Commanders. Women are divided based on their functionality to the state into different categories: the elite wives of the Commanders, Handmaids, who serve as “wombs on two legs” to barren Wives (it is inconceivable that men are sterile in Gilead; the word, in fact, is forbidden), Marthas, barren women who work as servants, and Aunts, evil managers who violently enforce the regime onto Handmaids. Fertility is prized above all, and the State is doing absolutely anything it can to raise the population and fertility levels of the people in Gilead.

ZOMG, out of this world right?! Well no, actually not even out of this country. The triumph of The Handmaid’s Tale is to first shock you with its de-familiarisation and then in the next moment remind you that if you take away the red costumes, these are all too familiar. These things are happening to women around us in India in ways more faithful to The Handmaid’s Tale’s Gilead than we want to contemplate.

Take the part about women being divided into categories to serve the needs of the State. Thanks to an actual 1979 Madhya Pradesh government order, women belonging to Particularly Vulnerable Tribal Groups (PVTGs) can’t access sterilisation without government permission. Nor can they access regular contraception thanks to government incompetence. The law was passed to ‘protect’ them from forced mass sterilisation drives because their population is low. Mass sterilisation is a whole other, equally pertinent, government-ordered shit show that we can’t get into here in detail, but suffice to say that as recently as 2015, several women died in India from these large-scale government affections.

In a recent interview with Margaret Atwood, when she was asked if she believed technology and social media would bring people together and up the public’s chances of resisting a Gilead-like takeover, the first thing that clearly came to her mind was a joke: she said that back when Facebook was coming up, people used to say, “The CIA has just invented this wonderful new thing to identify everybody in the country and it’s called Facebook”. It was a joke, but like, is it really? Remember when two Mumbai women were arrested and put in jail for tweeting things about Bal Thackeray after he died? Or when a 19-year-old was arrested after posting against demonetisation on social media?

So yes. Gilead is here, close at hand.

Just as the world of The Handmaid’s Tale turns violently from status quo to the totalitarian horror of Gilead, our status quo isn’t ever something we can just take for granted (more on this in a bit). Still, it’s also important to notice that our status quo isn’t that great to begin with now: look around you. In Gilead, Handmaids lose their identities and bear their Commanders’ names: all over the world, women follow the custom of changing their names to their husbands’ upon marriage (and in India, then face all the hassle in the world to switch back to their real names upon divorce). For something less normalised, try this out for size: just last month, we started seeing horrifying reports that concentration camps in Chechnya were rounding up, torturing and murdering gay men, and, like Gilead’s spies (Eyes) carefully created paranoia, encouraging people to turn in their gay family members and acquaintances, and subtly hinting that they wouldn’t persecute if they murdered them. The same was proposed for Maharashtra — only the spies were to report any beef-eating.

And, of course, we at home have the constant reports of the right-wing ‘science’ projects to make fair, tall, male babies. There’s a scene in the show —- where people are crowded around the entrance of the maternity ward in the hospital, praying for the birth of babies — that will remind you of our own Garbh Vigyan Anusandhan Kendra. The scene is also a very neat and satisfying inverse of the American everyday: religious nuts who constantly barricade abortion clinics in the United States to stop women from accessing reproductive healthcare.

Or take the first time we see the Commander rape Offred (played by Elizabeth Moss) as she lays in the lap of his wife, Serena June; it’s accompanied by solemnly loony operatic music that’s so perfectly at odds with how cringeworthy the scene is. Episode three ends with Offred’s walking partner, Ofglen (a member of the Resistance; yes there is always, ever a Resistance) being forced to watch her lesbian lover being hanged and then subject to a “clitoridectomy”, which is exactly what it sounds like. When Ofglen comes to realise what’s been done to her, we hear Jay Reatard’s ‘Waiting for Something’: the words “live with these creeps” against straight up punk rock ring out at you: utterly dissonant with the look and feel of the show, and absolutely perfect. And then of course you remember campaigns being run against clitoridectomy in India and every week’s news of a lesbian dead or murdered or forced to marry some dude.

Smaller details. The enforcers-of-the-patriarchy, the Aunts in The Handmaid’s Tale, may be revolting and depicted as pure personifications of evil, but if you take two huge steps back from your own life, can you honestly tell me they aren’t perfectly named, reminding you of all the strangers and bare acquaintances who yell at you about everything — adjust your bra strap, wear a dupatta, get married, have babies, stay married, adjust your daughter’s bra strap — until you die or want to.

Here is a lesson from the show Aunts and uncles would like. As bad as things are right now, and it really is quite bad if you stop to think about it, it could always get much worse. The kind of change it warns you about is insidious, until it really isn’t, and we’re watching it happen around us as we speak: we have been for a long time. Just this month, we all pretended to be so shocked when the government, when talking about Aadhar in the Supreme Court, just said point blank that citizens don’t have absolute rights over their bodies. It’s true: this is the basis on which rights and government works in our country, and many others. It was also something we should have realised when we had our retinas scanned and thumbprints taken for that mandatory-non-mandatory-but-actually-mandatory beast, Aadhaar — it’s been happening for years. But until things suddenly came to a head and the government made this precise declaration, we didn’t think too much of it all. Like we no longer think that every internet service we use owns all the data in our life. Atwood acknowledges that if the Handmaids had cell phones in Gilead, they would take out their SIM cards and grind them to powder, because they wouldn’t want anyone to know where they are.

That slow creeping invasion into our privacy was okay, we felt, as long as we were sold some idea of good that would come of it. We trade off our privacy with the government all the time: each time a woman is raped, the government tells us it’ll install 15,000 more CCTV cameras in our cities instead of doing real work, and we confuse action for progress and want to skip the labour of deep involved political thought, and take the deal as is. Some of us, you know you who you are, see a man with a dubious past and whisper to ourselves that India needs a dictator, just for a little while, and then everything will be good again, forgetting entirely that all our political compromises stand for something. While in the beginning, it always feels as though it’s someone else’s burden to bear, we’re really the ones who ultimately stand to lose.

We’ll all feel so stupid the day something happens and we slowly look around and wonder how we got ourselves into this. But at least we’ll have an answer when we ask ourselves, like Offred does in such quiet hollow shock, what we ever did to deserve this.

Sometimes, you feel like the way we’ve reacted to the The Handmaid’s Tale is a bit of a meta-joke: Back when it was released in ’85, the book was just as personal and pressing and urgent to women in the time of the Reagan, as it is to watchers of the show in the times of Trump. People then marvelled at how the book so perfectly captured the moment of Reagan and his government’s hypocrisy. The show is a huge success now, and nobody can miss how well it reflects the times. But if the point of The Handmaid’s Tale has always been to make you believe that this is all really happening right now, what we’ve done with that knowledge feels more like a comedic call-back, a circle-kicker refrain through the decades.

That being said, the show could also give you hope: I mean, things are bad, but we’re still fighting, and if it wasn’t the end of the world back with Reagan, we’ll probably make it through these times too. Gilead certainly does: the book ends with a group of social scientists revealing that The Handmaid’s Tale is a set of tapes recorded by Offred, detailing her life in the earliest stages of Gilead’s history, and the gathered academicians even find humour in the society they’re talking about.

We don’t know how the show will end, because of its many frequent departures from the book. But of these departures, my absolute favourite still remains the revelation of Offred’s name right in the first episode: she says, in tones both subtly menacing and vastly self-assured, that her name is June. We can only hope that when Gilead comes calling, we remember our own.