It’s a question I’m interested in, because I’m 22. And a virgin.

Why? The simple lie that I can get away with is that I haven’t found the right guy. But those who know me, know me well — I am not looking for the right guy. There is no such concept. Unless you are Flynn Ryder, from the Disney film Tangled, in which case you are perfect.

It took me years to realise that I avoid physical intimacy, because I hate my body.

But who would have known? I have found myself asking my closest friends not to torture their bodies by not eating — many of whom took to addictive smoking so they could heighten their metabolism and maintain their frame. I have been asking the most religious of my friends to explore their own bodies and sexualities, maybe not successfully enough, but enough to make them comfortable with the idea of it. I have been fighting with my aunt to quit her “all oats only oats” diet, given her thrice-operated-on body. I have been screaming body positivity, telling everyone I meet how my 4’11 frame fits me anywhere comfortably enough to fall asleep and my breasts, obviously “too big” for my midget-y self, make me unique — they make me attractive, they put me at an advantage when it comes to snagging “good-looking” men.

Who on earth would have known that I bloody fucking hated my frame, and those over-sized boobs on it? And how would anybody ever understand that the people I was most attracted to helped me arrive at that hatred?

My first encounter with sexual molestation was at an age that any lower-middle class child in India with a female body might have faced it at — at 4, at an STD call centre with my grandmother. According to a survey from 2007, at least 53% of children are sexually abused in India, and those between 5-12 years of age are at the greatest risk of this. Normal stuff, you know?

It continued happening. Sometimes at a store, sometimes while watching a cricket or football matches at a stadium. I told my mum, initially, and then stopped. None of the instances were major — just brush and go; repeat till someone notices your uncomfortable face in a crowded bus in some unknown village of West Bengal and offers you their seat, while the older women of your family say nothing, despite being fully aware of the situation. It was all normal. 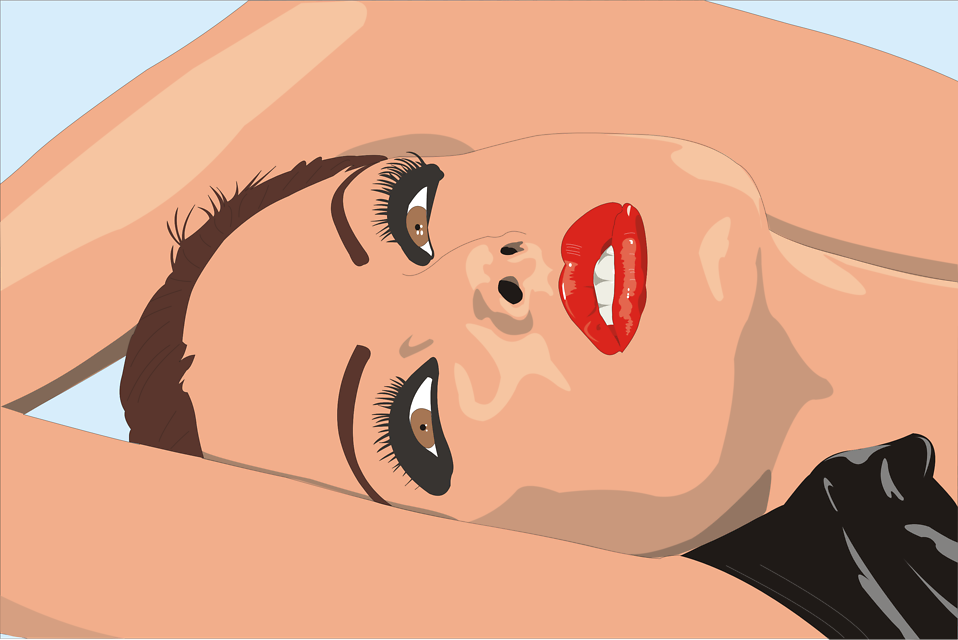 Independence taught me otherwise. After 16 years of the awkward silence that engulfs the ‘good family girl’, I finally left for college. At 17, walking back home one afternoon with my roommate, I felt a sting on my bum — a slap left on my backside by two men on a speeding bike. I stood there, mumbling “fucking assholes”, focussing on their number plate. My roommate laughed like it had been a hilarious joke. Either that, or she was too hysterical to deal with the situation. But a quick phone call to my mother had me reversing my plan of filing a complaint. My mother, the mature, been-there-done-that woman of the house, strictly believed that filing a complaint would be a bad idea and I would be harassed further. I fumed. I was angry. This was wrong. But maybe she was right.

Today, my mother regrets that decision. Over the years, she has evolved alongside me.

By 17, I had learnt that authority was to be avoided, even if you were wronged. Because patriarchy is not changeable.

Maybe this is why, at 19, when I went to my first house party, I said nothing to my flatmate when her 36-year-old friend felt my breasts up while I lay next to him in the crowded room, despite me pushing his hand away, till he completely passed out. I had never been more grateful for alcohol as I was on that day. I went home, took a long shower, and refused to go out with her and her friends ever again. But I said nothing.

What this did to me though, was to make me fall in love with my breasts. Thinking back, I guess this was some mid-way between Stockholm syndrome and narcissistic defence mechanism that I chose. I would go on to agree with my friends who believed that my breasts were a boon for the prospective men in my life. I would sometimes, mid-conversation, say I may be ugly, but at least, “I have awesome boobs.”

When this happened for the second time, in my own house, with a guy I was undeniably crushing on, the obsession with the “boon of my boobs” got stronger. Not because I thought him feeling me up was great — I didn’t want to be felt up, I had made it clear. I didn’t want any of it, but it happened anyway. But I felt better about the boobs. The midway mechanism was getting stronger. I did nothing to adorn myself. I neglected my health, my looks. My boobs were enough for me to love myself. And for all the men to love me too!

But there was more. By this time my closest friend had told me how she was forced to have oral sex with her driver. Her family still doesn’t know. Another friend had told me about her sexual experiences with her cousin as a child — against her will and repressed for the longest time. . Yet another friend had remembered how he had been sexually abused as a child by a neighbour. By the time I had hit 21, a friend of mine had been molested, as she passed out — in my room, by a male acquaintance of ours. She never reported it. She blamed herself for being drunk.

He wasn’t drunk: he and I were the only sober ones that evening.

At 21, amidst the chaos of a semi-adult life, I finally found myself attracted to someone. It ended with my first kiss, and faded like most of my other passionate plans — relegated to the backseat, as an experience that kept me happy. What it also did was make me suspicious. Why me?

I have never been the prettiest among the lot. I was either always a reluctant choice at 20, and before that, I was never really a choice at all. Unless of course, it was for my breasts, at drunken parties. I had made my peace with that fact. So when a smart, good looking guy told me he liked me, it came across as… abnormal. I would have asked why he liked me, but that would have killed the little chance I did believe I had. But soon after, I started wondering — was it because of my boobs again?

This time it affected me. Here was a guy I actually genuinely liked. And because foolishly, I even expected it to go somewhere. But did he kiss me because of me or because of my breasts? I wasn’t used to this. What was it? The suspicion, as hard as I try, obsessively lingers even today.

Then came our second encounter. I idealised this man so much that my friends idealised him too. #Fangirl4life, is quite a popular hashtag on our WhatsApp chats, usually coming in from their end. Feminist, smart, anti-capitalist, charming, awesome, and — obviously, as happens in such cases — happily in a relationship. I didn’t even ask why I wouldn’t have a chance. That wasn’t even a possibility in a parallel universe. So when I was told that he was indeed attracted to me, this was like a surprise gift, nicely wrapped and hurled at me (because I suck at managing unplanned events). In the end, I didn’t even have to ask — he told me why he liked me, and I liked what I heard! What ensued were (glorification alert) passionate kisses and incessant apologies from him, partially guilty that he was cheating, and partially because he couldn’t help what he had started. Poetry had its way that day.

This was till I was told, “He wants to have the cake and eat it too!”  Nope, nope, nope. He wasn’t ‘that type’, I knew him! Or did I? Shit, was it my boobs again? Did he want me because I had good boobs? Was it all I was? I wasn’t expecting anything at all except a brilliant memory of a first kiss, but that did not mean I wanted to be reduced to an object. I wanted to be an irresistible thought that remained in his head till he was 90 and about to die.

It was the boobs. No matter how much I try, every night before I go to bed, it irks me that this man I idealised might have only kissed me that day, because of my oversized boobs.

And that is how my body-hating began. I couldn’t accept the love I got. It didn’t seem natural. Nothing about loving me was natural. It still isn’t. And today, when someone asks me why I have never dated/had sex/fallen in love, I tell them, “I’m awesome, but I hate myself.”

Today when my friends acknowledge the existence of my breasts (in their defence, quite jokingly), my mind begins to race. When my family asks me to wear more ‘modest’ clothes, my thoughts go back to my objectification. When anyone even remotely mentions “nice boobs” to me, I feel like my ego just blew itself out of the window. A friend once mused that I made my big boobs “sound as if they were a bad thing.” Well, by now it seems like they most certainly are. It took having lovers for me to dislike my own body. What I defensively considered my ‘USP’ so far had now become a minefield of distrust for anyone who even remotely expressed attraction towards me. I grew up accepting my objectification — that was ‘normal’.

A Facebook friend of mine once said something that stuck with me. I would later learn that what they had said was the primary basis of gender politics — that the personal is political. I have been more than comfortable in keeping my personal away from my political, the latter hitting me in the face quite late. Yet, as I sit here, writing all of this down, I realise that my battle as a non-binary, female-bodied individual begins with my body over my mind. That my own fight is so warped, I don’t even know where the frontlines begin.

And you, my lovers, haters, family and friends — you have made my body my bloodied battlefield.

Guess What Horrors Public Toilets Hold for Women in India According to a Study?