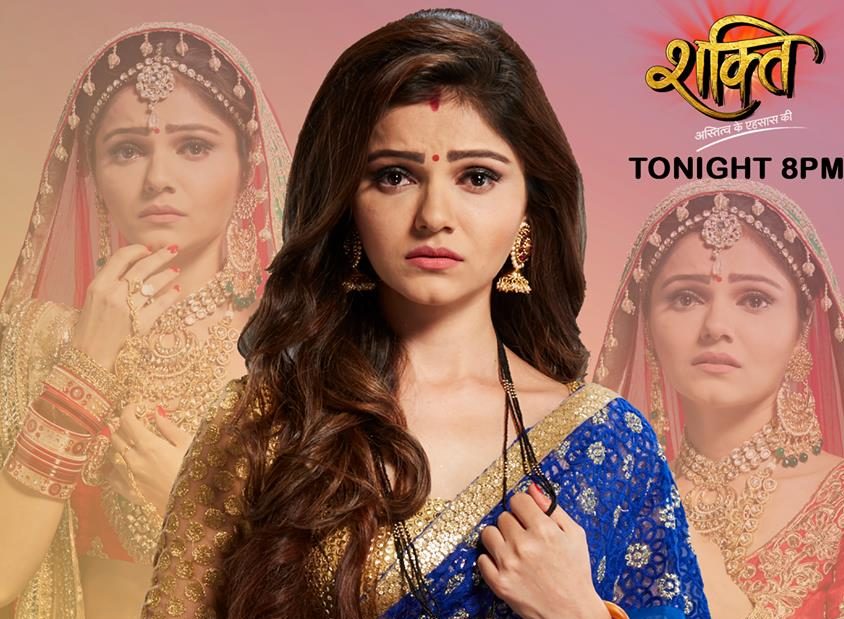 In a spectacular display of token activism, Shakti recently took it upon itself to fight for the rights of the transgender community, while completely overlooking the meaning and significance of being trans — a mere detail, they’d argue.

There were promos about the protagonist, Soumya, being a Kinnar, and the publicity campaign led up to the 3rd August episode, which had the big reveal. I love a good train-wreck as much as the next person, so I couldn’t keep myself away.

Fifty-seven seconds into the episode, I was hit with the first patriarchal pipe bomb: “Nayi naveli dulhan ko hamesha saj-savar ke rehna chahiye. Pati khush rehta hai.” [A newlywed woman should always look presentable; it keeps her husband happy]. Not that I was expecting this show to be a vehicle for empowerment, but I also did not expect the first blatantly sexist remark to appear while the titles were still rolling.

A couple of minutes into the episode, Soumya’s mother-in-law, played by Bigg Boss alumnus Kamya Panjabi, hands her a Mata Ki Mannat Waali Chunari so that she conceives instantly, as all bahus should. Alas, Soumya (played by Rubina Dilaik) drops the said chunari on the floor, causing “apshagun”, and subtly hinting at the fact that there ain’t gonna be no baby.

Soon, we see Soumya’s husband Harman, played by former TV-vampire Vivian Dsena, gearing up to pop the proverbial cherry. He gets Soumya a gold chain as a gift for the special night, but bizarrely keeps it in his wallet (gift-wrapping is a high price to pay for sex), and loses it when his pocket gets picked. This unfortunate incident was probably put in the episode because the dialogue writer came up with this gem of a reaction: “Suhaag raat ki saari choreography kharab ho gayi.”

Soumya has zero self-awareness, by the way. She relies on her sister’s advice for everything from make-up tips to make out tips, and has a perpetual babe-in-the-woods expression. And pristine as she is, she obviously doesn’t want anything to do with sex. But let’s not go off point.

So while Harman is struggling to get to first base with his wife, he gets a call from the police station saying that his wallet and gold chain have been found, and that he should get them. Hoping that the shiny gift will guilt his wife into having sex, he runs off. Soumya is relieved, but little does she know what’s coming.

In the meanwhile, Soumya’s mother has rushed to her house to stop the suhaag raat and tell her a big secret: this huge thing about her own body that she has been unaware of for 20-odd years.

At the mandir, Soumya waits for her husband, but finds out that it was all a ruse by the kinnar community who’ve been following her around since childhood. She even asks one of the kinnars whether she’s a “chudail”, and I swear, the actor playing the kinnar almost said, “Hatt pagli, woh doosra show hai.”

Anyway, it is finally broken to Soumya that she’s a kinnar.

I wonder what kind of people wake up in the morning and go, “Hmm, I think I’ll reveal that my character is a kinnar today,” and then go sell the concept to giant channels like Colors TV. The idea of this character being unaware of her own gender identity/physical appearance is appalling. And what’s more damaging is that it reaches a wide audience who now have the wrong idea about trans communities.

Of course the producers of the show have given interviews about their well-intentioned fight for the rights of the third gender, but the fact that the episode actually crossed all those logic barriers and made it to air speaks volumes about the awareness of gender issues in the country.

Frankly, I’d rather watch women turning into flies than have ignorant cisgender people dealing with serious issues on the fly.

Nihit Bhave is a freelance journalist who has previously written for TOI and Hindustan Times Brunch.

2 Responses to “Why Make a TV Show about a Transwoman if You Can’t be Bothered to Understand What That Even Means?”