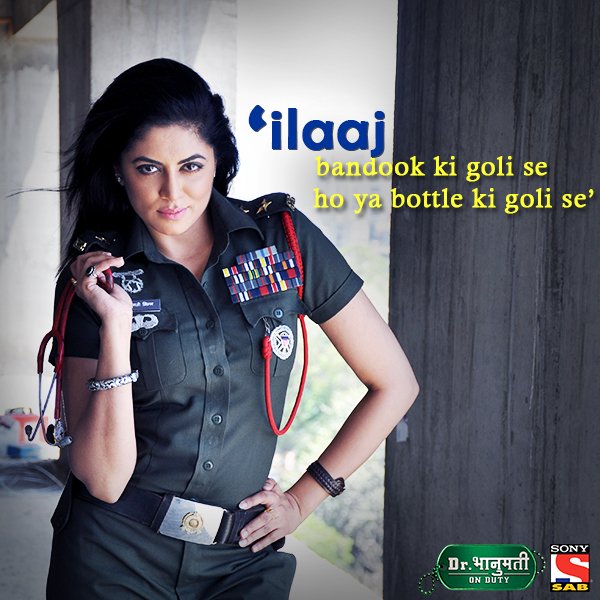 It’s been two weeks since SAB TV began airing its new show, ‘Dr Bhanumati On Duty’. The show, which airs Monday to Friday at 10.30 pm, is a comedy centred around Bhanumati, an army doctor in charge of a hospital. Considering the number of women protagonists in Hindi TV shows being sold to an audience with an increasing appetite for female centric narratives, I had my hopes up.

There have been a whole bunch of new Hindi shows with central women characters lately. Shows such as ‘Thapki…pyaar ki’, in which a Gorilla falls in love with the leading lady (maybe someone should tell them King Kong did that already), and ‘Sasuraal Simar Ka’, in which the protagonist turns into a fly, are all upping the weirdness quotient in Hindi TV shows. There have also been shows about women’s empowerment, such as ‘Tamanna’, about a woman who wants to be a cricketer, and ‘Hitler Didi’ (if you can get past the atrocious name), about a young working woman. Other shows like ‘Balika Vadhu’ and ‘Pratigya’ purport to condemn social atrocities like child marriage and domestic abuse, but their half-hearted efforts translate to the creators depicting violence towards women in a way that establishes the norm instead of challenging it. ‘Dr Bhanumati’ does something similar – it only manages to half-heartedly peddle progressive messages, cloaked in crystal clear sexism.

Dr Bhanumati, played by Kavita Kaushik, is a female embodiment of Ajay Devgn from Singham. The opening scene of the series shows her perched astride two ambulances (Ajay Devgn did it first with two Boleros. Too bad they both couldn’t have done it like Jean Claude van Damme on Volvo buses). Bhanumati ‘hates tears’, melodrama and the corny jokes her colleagues make, and deals with her patients and co-workers with a trademark, army-style roughness.

Kaushik’s is a well-known face on SAB TV for being the protagonist of ‘F.I.R.’ — one of the longest running comic TV shows in India — about a Haryanvi female police officer and her group of subordinates who solve every crime in a comical way. The makers of this show seem to be eager on pushing their agenda of an attractive, no-nonsense woman teaching the men around a thing or two about professionalism.

We are all for women doctors who don’t take bullshit from their male colleagues. An older TV show protagonist, Dr Simran Mathur, from ‘Astitva…Ek Prem Kahani’, was not just deliciously good at her job, but eloped with a man 10 years younger than her and raised a daughter on her own, ignoring the frowns of disapproving elders. But Bhanumati’s character lacks patience and sympathy, and her identity as a doctor is secondary to that of the army woman.

Bhanumati gets things done by thrashing people, whether they’re sexual harassers, patients, or her staff. She intimidates patients who come to her with false ailments, and is dead set on teaching them morals for having wasted her time. The hospital could easily pass for a Bollywood set — with directors, item girls and actors traipsing in and out. Her first patient on the show is the father of a groom who shows up at the hospital with a back injury, a band, a dulhan and a baaraat. The father refuses to get diagnosed by Bhanumati, and his wife admits that he is ‘thoda rasiya’; he enjoys dances and ‘item girls’. So now Bhanumati hires an ‘item girl’ — complete with the faux fur and a blonde wig. The item girl excites the father who quickly begins dancing, forgetting his supposed back pain. When Bhanumati confronts him about why he faked his illness, he reveals that it’s because he doesn’t want his son to be married off to a woman from a poor family. In her gruff voice, Bhanumati convinces the father that this is morally wrong, and the father immediately begs her to bless the couple. The other nine episodes out so far proceed in a similar vein. 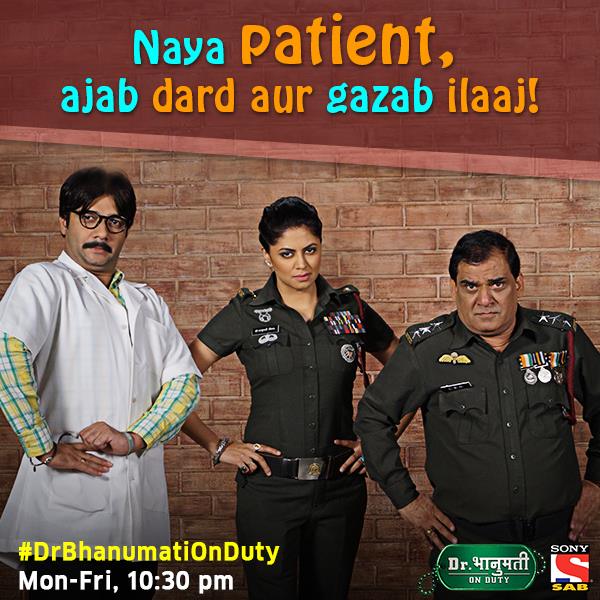 The characterisation of the female protagonist is decidedly masculine in comparison with the other women in the show, who give in to their supposed irrational femininity by weeping and shrieking constantly. And if you thought that Bhanumati’s success being due to her macho-ness was the only problem here, well, gear up for disappointment. The show is sexist towards men too: her sidekick, Lovely Singh Dhingra (LSD), is a blubbering subordinate deeply embarrassed by his receding hairline and the fact that his wife ran away with the doodhwallah. The embarrassment is compounded by the fact that the doodhwallah is poor. (How’s that for garden variety classism?) One recurring trope is LSD’s use of English words that make no sense when they are pieced together because they are literally translated from Hindi — this was a running joke already overused in the actor’s previous avatar in ‘F.I.R.’ ‘Dr Bhanumati’ is really just a repackaged version of ‘F.I.R.’ with a mildly different premise.

There’s nothing progressive about having a macho aggressive female protagonist and side characters that are cringeworthy caricatures of women. Will ‘Dr Bhanumati’ have as long a life as its predecessor? I’m not sticking around to find out. Pass the remote, please.