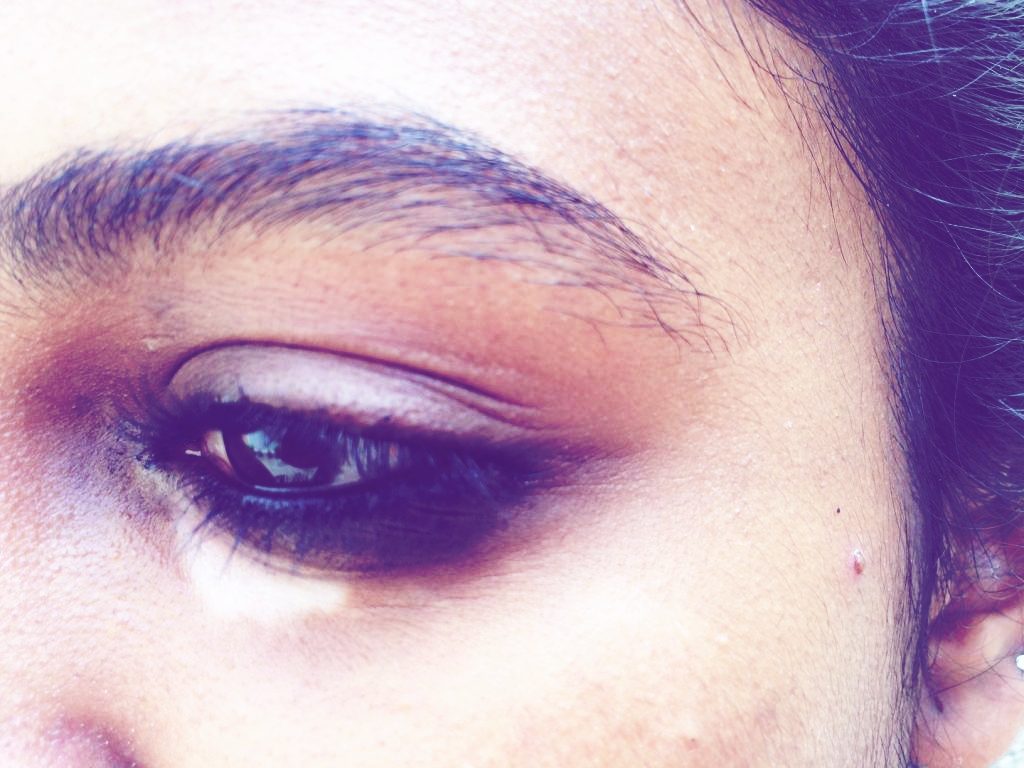 Everybody likes to think they have a fair idea of insecurities about their bodies that they could list off the top of their heads. My exhaustive list would include thighs that are mighty wobbly, fat that spills above my waist, facial hair that could grow into a goatee with the right kind of grooming product and a little white scar under my eye. That little white scar is a remnant of my life long skirmish with a skin disorder called vitiligo.

When I was seven, I saw little grey hairs sprouting out of my scalp and I knew that my skin and hair were “sensitive”, like my personality type. My father made a couple of good-humoured jokes about premature greying and how my wisdom teeth would grow out before I got my braces on. As I began growing older, I noticed white patches developing across my left cheek.

This sent my mother into her first fit of panic regarding my face and she hauled me to an army hospital along with my brother. The doctor seemed confused by the condition of my face and in marched his army of nurses, who pulled at my cheeks with the same kind of vigour as long lost relatives at a wedding. At the end of the long examination, he quickly signed prescription medicine for fungal infection and the rest of my summer was spent smearing lacto calamine on my cheeks.

As an army kid, I would soon find out that I wouldn’t have to remain misdiagnosed for the rest of my life. I moved to Hyderabad from Guwahati, and was enamoured by all the comforts that a big city had to offer, including ‘multi-speciality’ hospitals.

For the first time, I understood that some people are dark because of the number of melanin producing cells in their body and not because of their “misfortune”, like my grandmother taught me. In some people, the skin cells producing melanin die, leaving the patches with no pigment. The doctor began showing us a slideshow of people in the advanced stages of vitiligo while my mother chewed her lips and wrung her hands.

No one was sure of what caused the disease; it could be due to a certain genetic predisposition, though as far as I know nobody in my extended family has ever had this. It may result from a disorder in the immune system, or from a single stressful incident that occurred long ago.

The first trip I took to Kerala after I was diagnosed with vitiligo was marked by the jillion questions that my extended family had for me. In Kerala, they have a special word for the disease; Paand. I was 12 years old when my grandfather held my face extremely close to his thick-rimmed glasses and decided that such a tragic disease couldn’t be cured by modern medicine, I needed divine intervention. To him, the tragedy of having vitiligo was compounded by the fact that no one wants a zebra for a daughter-in-law.

As far as I know, my parents never believed in miracles or prayers.

The pooja room in our house was disposed of a couple of years ago and we understood through our Marxist upbringing that “religion is the opiate of masses.” Despite this, when my grandfather proposed that I meet the godwoman Amma (Mata Amritanandamayi), they ignored my pleas and forced me to go. She was known to cure life-threatening diseases such as cancer and tuberculosis with a jadoo ki jhappi.

We entered the rally with my grandfather’s grip tight on my wrist to make sure I didn’t run away. I saw her, a figure draped in white robes, surrounded by an entourage of people clapping their hands. There was a sea of people thronging around her, waiting to be cured with a miraculous hug. I didn’t understand why I was here; the disease wasn’t killing me, it wasn’t hurting me and it was non-contagious. I threw a hissy fit and my grandfather settled for buying me a ring with Amma’s face on it, so that the “good vibrations” could cure me.

But the ring was the least absurd of the plethora of treatment options offered to me: doctors made me stand in a tanning room to increase pigmentation and I had a cocktail of pills and supplements I had to take every day. I tried this new “minimally invasive” surgery where the upper layer of skin that has melanin pigments is grafted on an area devoid of these cells. This minimally invasive surgery left me bedridden for 2 weeks. Yet, I think it’s important to keep in mind that there is no known cure for vitiligo and it’s a chronic disease; you have to live with it your whole life.

Since modern medicine turned out to be an elusive mistress, my mother decided I had to now undergo an Ayurvedic treatment. A child she knew in my apartment had vitiligo and it was completely cured after he took Ayurvedic medicines. His mother asked my driver to procure this foul smelling oil from a doctor and I was asked to smear this oil on the patches every night with the feather of a rooster.

For those of you who haven’t taken Ayurvedic medicines, I should explain that there is a long list of dietary restrictions that go with the treatment. For me the list included tamarind, meat and aerated drinks. I couldn’t keep off these prohibited foods with my limited reserve of willpower, and soon enough my face resembled a Jackson Pollock painting.

Most dermatologists classify vitiligo as a “cosmetic condition”. But the effects of this disease are more than just skin deep, patients are often stigmatised for having a botched complexion. Lifelong sufferers of vitiligo habitually resort to covering up most of their body parts to avoid the intrusive stares. I didn’t know how to cover up my face without taking the help of my voluminous hair. (My teachers in school thought that I was trying to imitate Katrina Kaif from Ajab Prem Ki Gazab Kahaani.)

In school I started feeling increasingly insecure as my classmates began inquiring about the deteriorating condition of my face. One evening after a particularly awful bullying session, I returned home with puffy eyes and my mother decided to trash the Ayurvedic treatment. We went to an allopathy doctor the next day and she made a startling revelation; vitiligo works on a placebo effect. The more you think about it and feel handicapped, the more it spreads. She handed us a catalogue with cosmetics that were meant to camouflage the patches so I’d feel less self-conscious.

I wore the makeup for 2 weeks before I got tired of smearing it on my school uniform accidentally after a long day of PT. When I was midway through my teens I fixed on a treatment from a doctor who listened to me more than my parents. After leaving home to complete my higher education, I was the sole person responsible for the well-being of my face.

In college my girlfriends took a long while to understand why I didn’t want to pose for selfies. They didn’t grasp why I was insecure about my face when the vitiligo patch under my eye looked like a “white pirate patch”.

Strangers on the road, in clubs, in shopping malls, in beauty parlours and in government offices have asked me what is wrong with my face, and if I’ve sought any treatment. Some of the kind ones are quick to add that they don’t mean to hurt my sentiments. On 25th June, World Vitiligo Day, I received a text from my brother that went, “Gayu, you shouldn’t care about people who notice only the flaws when they look at your face. We see things not as they are, but as we are.”

Till date, whenever I go to my grandparents’ place, they make sure that I’ve booked an appointment with the dermatologist along with train tickets. They are growing increasingly frustrated with my stubborn skin disease and how it refuses to disappear even when I’m of a marriageable age. Sometimes, they think it is just more convenient to keep me hidden from the immensely curious guests who come over.

If you’ve braced yourself to listen to my body positivity and self-help abstractions, let me tell you that I still cringe when I look at my face in the mirror every morning. It is exceptionally difficult to be a woman with “cosmetic conditions” such as vitiligo, acne, psoriasis and albinism in a society that gives a colossal amount of importance to physical appearances. But I’ve learnt that I can’t spend the rest of my life grieving over how my body behaves and if certain parts of it look like they’ve been dipped in bleach. I’m too busy hitting on non-judgmental (possibly imperfect) blokes in bookstores and bars.