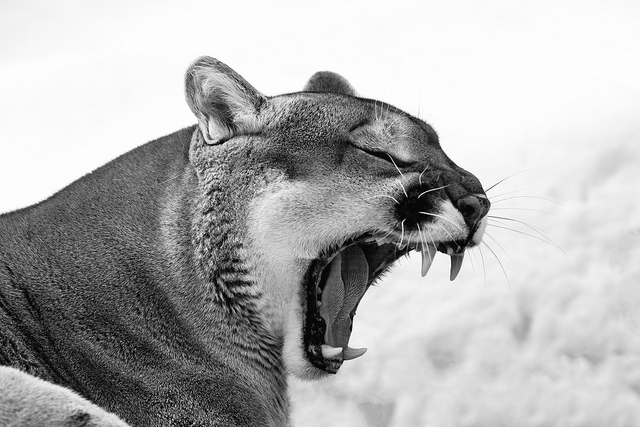 Two things happened in 2015: I turned 30, and I ‘came out’ as being mentally ill – I was diagnosed eleven years ago with bipolar disorder. I wrote about it and publicized what I wrote on Twitter and Facebook. On Facebook I made sure that not everyone I know could see it; only certain ‘friends’ could. On Twitter, I didn’t care so much.

And then I sat down and wondered why it had taken me so long.

This question has always seemed like a no-brainer: is mental illness an identity for me? When I first became depressed, I desperately wanted nothing to do with it. But for the last ten years I’ve always thought, “Duh, yes!” Identifying voluntarily as bipolar has always seemed like the only way to ‘own’, to take charge of, a diagnosis that was imposed on me. If people are going to see me as primarily bipolar and only secondarily as a person – and many people do – it seems I have no choice but to reclaim the identity for myself; to say, “Yes, I’m bipolar, and I’m proud of it.” That way, I get to tell the story.

There’s just one catch: as a privileged person with time on my hands, I can keep myself occupied for decades with an identity like that. I can decide that I’m being stigmatized for it. I can decide to be offended on its behalf. I can become more and more secure about my diagnosis, until anyone who stigmatizes me or has a problem with the idea of ‘mental illness’ can be easily dismissed as ignorant/unkind/narrow-minded/not worth listening to. I can build a culture, a lifestyle, around it. I can find a community of like-‘minded’ people. I can decide who does and doesn’t belong to that community. I can collect a body of literature around it and put it in my bookshelf – but behind a glass pane, so that dust doesn’t collect on it and make me sneeze. I can write about it, weave stories around it as a writer does. I can agitate in its favour, in private/public. The list is endless – and exhausting.

So what makes this construction of identity so attractive that I would spend so much time and energy on it? After all, I already do all this with my identification of myself as a woman. Why would I add yet another identity? (Pssst: I have faux-Buddhist leanings, and they sometimes lean on me to ask questions like these.)

There’s this essay I read recently by an eccentric writer on bipolar, Tom Wootton, called “Bipolar Makes People Perfect”. Below the title we see, in a suitably manic tone: “Bipolar may be the fastest path to perfection known to man!” When I first found this article, I spent a while trying to guess what he meant; never has my mind been so blank. So here we go:

“As soon as we are diagnosed, everyone else becomes perfect! All of their flaws are instantly wiped clean and every relationship problem is blamed on our illness. Now that we are deemed crazy, our behaviors are purely a result of our illness and have nothing to do with the behaviors of those around us.”

Wootton isn’t usually this sarcastic in his writing – in fact, he’s terribly earnest in general. But this topic, of how people treat ‘bipolars’, seems to have seriously animated him. So what do I think, as ‘a bipolar’? I think Wootton might have found something, but it’s not the whole truth. I think bipolar makes the sufferer perfect too – not just the people surrounding her. If I have bipolar and I make mistakes, I can blame them on my illness. That makes me pretty perfect. And that’s still not the whole truth, because bipolar is a sort of Swiss army knife for manipulating situations. I find that I can defuse many situations by saying I’m depressed, or mentally ill, or crying three hours a day (none of which is a lie, even). Not my fault; not the other person’s fault – no one’s fault, really. Just genes/biochemistry/God’s will/bad luck/insert-anything-you-like-here.

(A few people who really know me might challenge this if I let them, but I don’t. Emotional blackmail works a treat on anyone who loves you enough to know you that well. So does a history of suicide attempts. And so I am at a convenient impasse with these people.)

It seems that a Lego set for the construction of an identity isn’t the only attractive feature of this bipolar lark. Losing accountability is pretty sweet too. In fact, it seems this mental illness thing can be whatever I want it to be and do whatever I want it to do, if I’m quick-witted enough. I can be a martyr, a victim, a brave deliverer (for people who are new to the diagnosis); I can be special, different, cool. I can save face, get reactions of sympathy/admiration/respect/horror, wiggle out of commitments (as spiritual teacher Caroline Myss puts it, I speak Excuse fluently), refuse to socialize, routinely take offense, laze around, lie down all day, and prioritize brushing my teeth over everything else – which means everything else never gets done, because I have a serious mental problem with brushing my teeth.

On the one hand, I am genuinely suffering in a way that I can’t express to people. And on the other, I end up expressing it in the above-mentioned disingenuous ways, and thereby holding people hostage. This dynamic of in-pain-but-also-manipulating-people is an old story – anyone who suffers in a visible way can do it if they want to, and it seems I’m one of them.

I can get away with some of this because many people who consider themselves sensitive to mental illness let me get away with it. They’re reverent, horrified, moved, awed by my story – as if this story is not theirs too. They make me into an archetype that, somehow, they can’t identify with. In their eyes, they’re happy, strong, functional. I’m miserable, weak, dysfunctional – and therefore deserving of their sympathy and help, but not their companionship as equals. This sympathy and help, however, is contingent on my good behaviour; if I bite the hand that feeds me, then it’s all over. But mood swings aren’t exactly a breeding ground for polite and considerate behaviour.

(I don’t have friends like this nowadays. But I did when I was first diagnosed as a teenager, and lost all of them.)

I was nervous when I first publicly wrote about being bipolar this year. I thought the reason for that was obvious. But actually, it turns out that it took me so long to tell the world for another reason: the more people I tell, the more I write about it, the more it turns into a story for me to tell – and that story moves further and further away from my actual experience. Eventually I will believe my own story 100 percent. And I will then feel perfectly justified in doing whatever I like, no matter what.

It all boils down to stories. When I first received a diagnosis, I got a free story with it. I heard ‘bipolar’, and I typed ‘bipolar’ into Google search, and that’s how I became bipolar. And if I’m good at telling stories, if my story is good enough, I’ll never need to confront anyone. I’ll never have to be answerable for anything. I’ll never have to do anything that I don’t want to do – especially if I write about it publicly, as I did in 2015, and thereby cement my own idea of myself until there’s no space for doubt or challenge.

Except for brushing my teeth. I’ll always have to brush my teeth.

One Response to “Why Bipolar Might Be Making Me Evil, and Why My Arch-Nemesis is Dental, Not Mental”